Even the President's Dog Needs Attention!

Published May 6th, 2021 - 12:01 GMT
A 7-month-old Bernese Mountain dog. (Video Screenshots)
Highlights
The dog of the Irish president steals the light behind an interview's scenes.

President of Ireland’s dog stole the spotlight during the leader’s interview with broadcaster RTE on Sunday as he begged for attention from its owner, Michael D. Higgins. 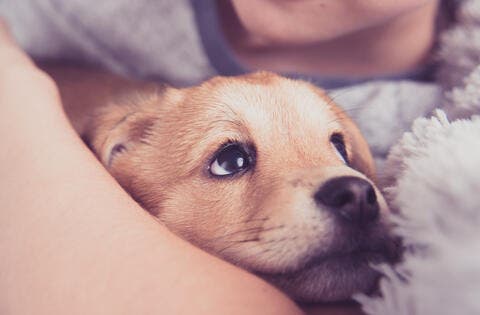 A feisty 7-month-old Bernese Mountain dog has grabbed photographers’ sight after calling for his owner’s attention despite the fact that the president was in the middle of a national interview.

Hilarious moment the President of Ireland's dog wants some attention during a live TV interview pic.twitter.com/3LiuY2YHyB

The Irish president was paying tribute to his friend, actor Tom Hickey, whose death was announced a day before.

The president’s team has shared the sweet clip of the dog, Misneach, who only wanted to be petted by his owner, on Instagram with a caption that read: “Behind the scenes at Áras an Uachtaráin.”

The President of Ireland’s Bernese mountain dog stole the show during a recent interview. 😂🐕

The adorable video of President Michael D. Higgins giving a TV interview while his seven-month-old puppy tries to get his attention, has since gone viral. 💛

The Irish president has received tons of lovely comments and posts on how he dealt with the situation as he calmly patted and stroked the dog while he continued with his piece to camera.

The video which was released on Instagram got over 29,000 views, with social media users eager to share their delight with the clip.

Moreover, this wasn’t the first time one of Ireland president’s dogs grabbed such attention, another clip was shared of a dog named Bród, who stole spotlights at an International Women’s Day event in Dublin in March last year.