ALBAWABA - Turkish police arrested the person behind Istanbul's Istiklal Avenue blast that killed eight people and injured 81 others on Sunday. 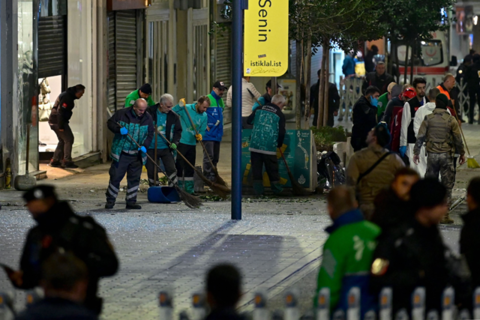 Social media users have widely shared alleged videos and photos of the woman who is accused of carrying out the explosion in Istanbul's most famous tourist attraction during her arrest.

According to Turkish Interior Minister Suleyman Soylu, Kurdistan Workers' Party (PKK/YPG) is behind the explosion in Taksim square.

Soylu stated: "Our assessment is that the order for the deadly terror attack came from Ayn al-Arab in northern Syria, where the PKK/YPG has its Syrian headquarters."

Social media users further released videos and photos showing the first moments of the Istanbul explosion and its aftermath.

Local media reported that Istiklal Avenue was reopened to pedestrian traffic following the deadly blast that killed eight people and injured 81 others.