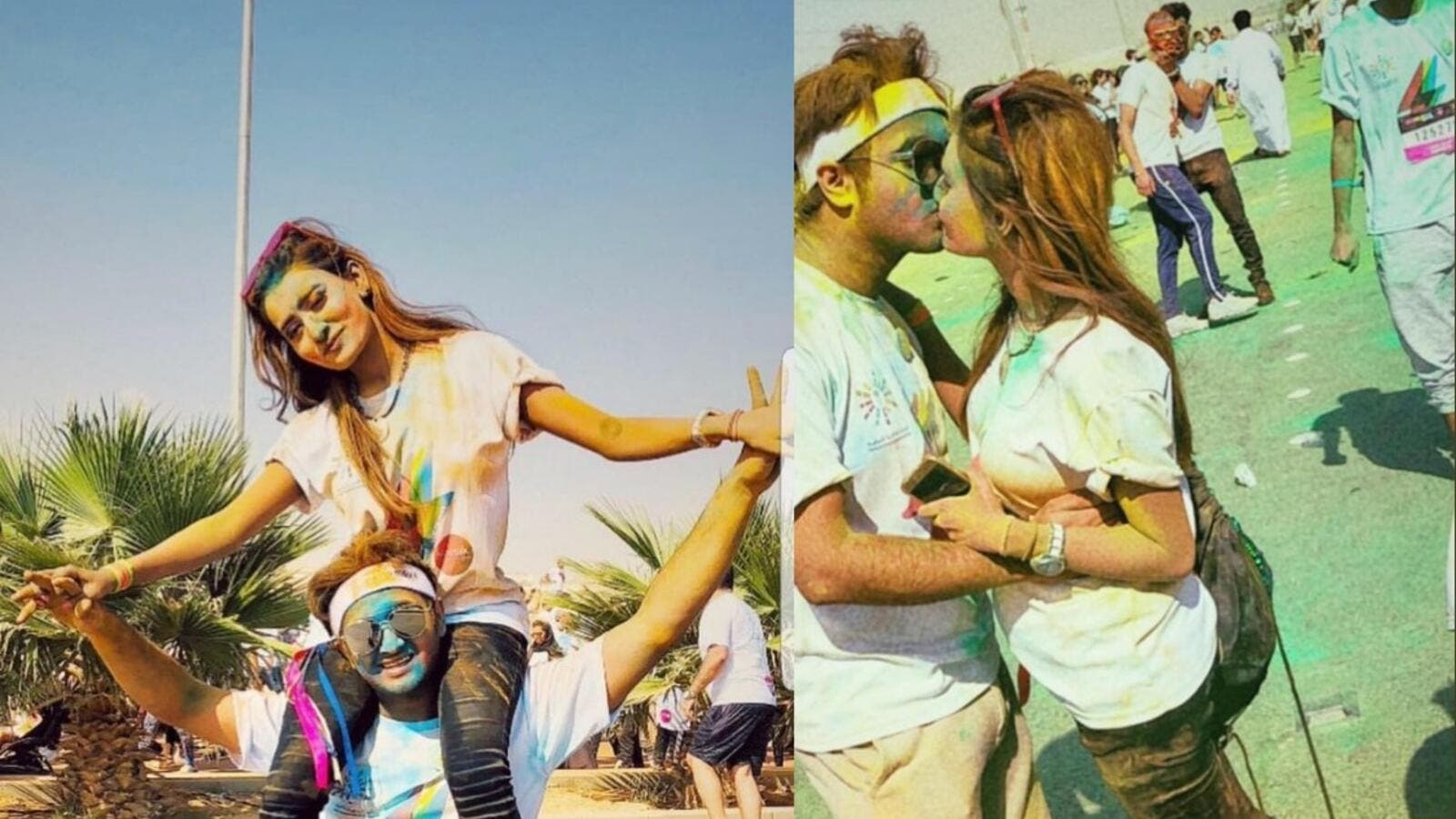 Intimate photos of a young man and a woman who took part in the color race in Riyadh, sparked widespread controversy through social media platforms in Saudi Arabia, after the two were photographed kissing and hugging in front of everyone.

I'm happy so see this in my country "The most conservative" Saudi Arabia. people are having fun and many other Saudis are complaining and mad about it lol from r/exmuslim

Thousands participated in the event, which took place in the north of the capital Riyadh, spraying bright colors while walking on the track dedicated to the race.

Men and women, dressed less modestly than is customary in the kingdom, appeared to mix freely in a festive environment that is unprecedented in public. This was not welcomed by all.

Translation: “God, please save our country.”

Translation: “This could have been a wonderful event, if only they didn’t ruin it with inappropriate behavior that doesn’t represent our country’s morals and tradition. These people should be held accountable and punished by the law”

Later photos of a young man and a woman hugging and kissing were widely circulated on social media, amid calls to hold them accountable for what a substantial number of Saudis regarded as a violation of the conservative customs and traditions in the kingdom.

Other social media users joined the conversation, arguing that the young man and the woman who took part in the color race are non-Saudi, but are in fact foreign tourists.

Translation: “Most of these people are Indian, Asian and Western. Stop claiming they are Saudi, it would be a disgrace to our righteous country.”

Translation: “Turns out she’s an Indian tourist with her fiance.”

Translation: “These aren’t Saudi. I swear they are 100% foreign tourists.”

Still, the overwhelming reaction to the photos was that of shock.

Translation: “Poor guy can’t believe his eyes he had to hold his friend’s head to watch the scene.”

More than 15,000 young Saudis and foreign expats and tourists took part in the first color run race in Riyadh, wearing white jackets that were soon painted as a part of the color run’s activities.

Translation: “We had a great time. This has been the best 5 kilometers we’ve ever shared together.”

Celebrities, artists and bloggers attended the race, calling it “The Happiest 5 Kilometers on Earth” and tickets had sold out early due to the high turnout.

The Color Run is one of hundreds of recreational, artistic and cultural events that are taking place during the 70-day Riyadh season between October 11 and December 15.

The ministry of entertainment overseeing Riyadh season did give any statements regarding the intimate images from the color run that have been circulating online.