Great Podcasts to Listen to From MENA Region and the World

With the shift to digitalizing almost everything in the recent years and the ability to have access to doing almost anything from your mobile at your own time and terms, many forms of digital content became popular, the most recent of which is podcasts.

A podcast is a multi-media digital file distributed over the Internet to be watched and listened to via a computer, iPod or other devices.

Podcasting, previously known as "audio-blogging", has its roots dating back to the 1980s but has started to become noticed internationally in 2004.

In 2013 Arabic podcasts started appearing as well. Below is a selection on entertaining and informative podcasts in both English and Arabic that cover arts and entertainment, social issues, businesses competition stories, news and even a good suspense story based on real events. 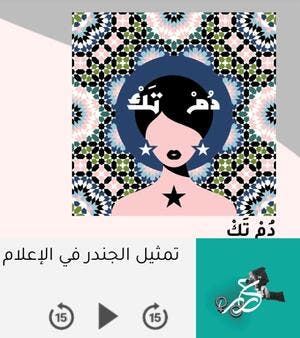 Sawt is a podcasting platform that produces and distributes high-quality audio programs in Arabic, with the goal of creating an environment, where dialogue on and discussion of topics important and sensitive to the Arab listener around the world is the norm.

The platform founders care deeply about using sound production to create a backdrop against which listeners are able to consider and explore principles of equality, diversity, and human rights through two main programs; Dum Tak (Arabic Rythem) and Aib (Shame). 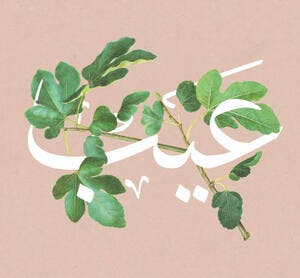 The platform, based in Jordan, was originally established in 2016 by Hazem and Tareq Zureikat in addition to Ramsey Tesdell as a podcasting company. It was formally expanded into a platform in 2017. 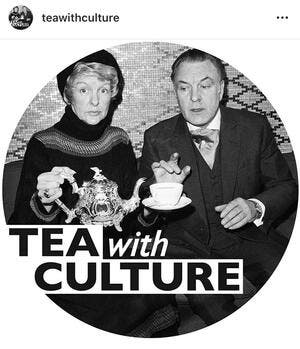 Founded in 2015, this podcast runs interviews and discussions in English about art and culture in the United Arab Emirates and beyond.

It's presented by artists Hind Mezaina and Wael Hattar.

This is a podcast in Arabic from Jordan that interviews artists, performers, comedians, athletes, science professors, education and social issues specialists and hosts live music performances. 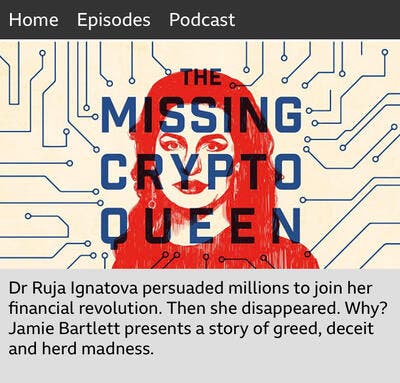 In this fascinating BBC produced story, Ruja Ignatova called herself the Crypto Queen. She told people she had invented a Crypto currency to rival Bitcoin, and persuaded them to invest billions. Then, two years ago, she disappeared.

Jamie Bartlett spent months investigating how she did it for the Missing Crypto Queen podcast and is trying to figure out where she's hiding. 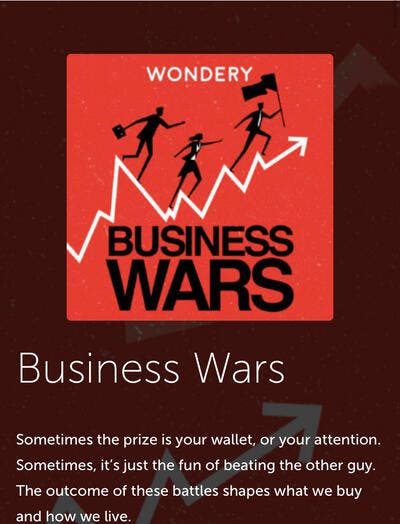 “Netflix vs. HBO. Nike vs. Adidas. Business is war.  Sometimes the prize is your wallet or your attention. Sometimes, it’s just the fun of beating the other guy. The outcome of these battles shapes what we buy and how we live. Business Wars gives you the unauthorized, real story of what drives some companies and their leaders, investors and executives to new heights -- or to ruin.”

Hosted by David Brown, former anchor of Marketplace. From Wondery, the network behind Dirty John and American History Tellers, the podcast is available in English and several other languages. 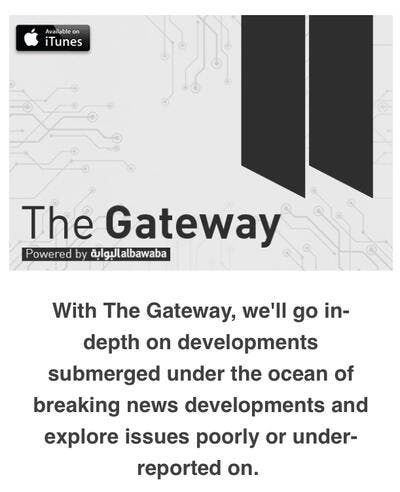 Last but not least, our very own Al-Bawaba News podcast, which hosts experts and specialists on important sociopolitical and geopolitical issues not widely reported on.

Hosted by Ty Joplin. Ty is a research analyst and journalist focused on human rights and security, wartime conduct, corporatism, regime abuses, democracy, geopolitics, and disinformation. His work frequently highlights vitally under-reported stories or subtle yet significant trends that are missed by breaking news cycles in the Middle East.