Upon being appointed as the Special Presidential Envoy for Future Generations and Culture, the well-known South Korean boy band BTS delivered a speech at the headquarters of the UN in New York City, addressing concerns of the generation of which millions are huge fans of the band. 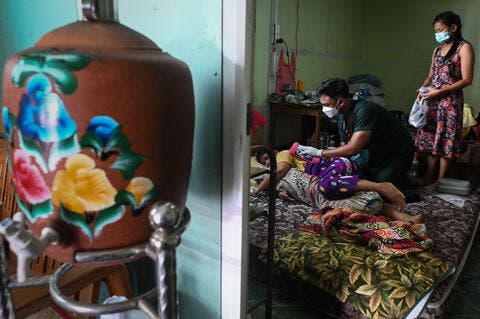 The band which consists of 7 young Korean boys has near 40 million followers on Twitter in addition to near 50 million fans on Instagram.

BTS spoke at the United Nations this morning as part of a conference focused on climate change, poverty, inequality and how the pandemic has affected those priorities.

To close their speech, the band played a video performance of their song “Permission To Dance." pic.twitter.com/kVmWImGLZd

BTS has been selected by the United Nations to help international efforts to shed light on the different challenges that face future generations and to promote the UN Sustainable Development goals for the 2030 agenda. The UN has been preparing several global programs centered around ending extreme poverty, preserving the planet, and achieving gender equality around the world.

"I hope we can fill each of our days to the brim with positive energy. We thought the world had stopped, but it continues to move forward."

-- @BTS_twt share their thoughts about the role each of us can play in creating a better future for all, during a special event at UNHQ. pic.twitter.com/u2mILO0Uju

The seven artists collaborated with the international organization during the 76th UN General Assembly meeting this week, performing a new song in English called "Permission to Dance" inside the UN headquarters, before delivering speeches that addressed climate change, poverty, inequality, and the impact of the COVID-19 pandemic on these global challenges, and how the members of the popular band have been feeling the consequences of these issues on a personal level as well.

“Therefore, I believe that there is no better candidate than BTS that can represent and speak up for younger generation”
— President Moon Jae In#OurPrideBTS so proud of you @BTS_twt! pic.twitter.com/jN9WA2QSRO

The song that has been shared across social media has drawn the attention of millions of young people from around the world, which is the main target audience of the UN's campaign and choice of BTS. Fans of the K-Pop band have been taking to online platforms to express their admiration for the messages expressed by BTS and thanking them for using their fame for global causes.