As tensions continue to rise across Palestine after Israel shot dead several unarmed Palestinians on Sunday, Israel's leading human rights group B'Tselem has highlighted the names of 11 Palestinian women who were killed by Israel at military checkpoints since 2015, before realizing that none of the victims posed a threat to them.

B'Tselem has weighed on the recent killings of Palestinian civilians at Israeli checkpoints in a number of Palestinian cities within the West Bank by reminding the public of previous incidents in which Israeli soldiers followed the shoot-to-kill policy toward non-dangerous Palestinian women.

47-year-old Ghada Sabateen, a widowed mother of 6, just succumbed to wounds after Israeli occupation forces shot her while walking to visit relatives in Husan near Bethlehem. #IsraeliCrimes pic.twitter.com/bZy1tz7mqT

The Twitter thread followed public outrage which spiked following the shooting of 44-year-old widow and mother of six, Ghadah Sabatin, who turned out to be partially blind and was not able to recognize the soldiers who shot her dead near Bethlehem on Sunday, after deeming her "suspicious".

Israeli authorities have often justified such killings by accusing victims of waving kitchen knives or scissors at fully armored soldiers. In many instances, Israel failed to provide an evidence that these women posed a serious threat to its soldiers.

THREAD. The horrifying killing of Ghadah Sabatin, a 44-year-old widow and mother of six, who was unarmed and posed no threat to anyone, is not exceptional. To the contrary: the choice to use lethal force with no justification is not simply a case of misjudgment on part of >

As per B'Tselem's reports, names of Palestinian victims who were shot by Israeli soldiers despite being unarmed are as follows:

72 years old resident of Hebron. Tharwat was shot dead on November 6, 2015 by soldiers standing on a road, after they suspected she was trying to run some of them over.

27 years old resident of Bani Na'im of Hebron. Shot and killed on July 1, 2016, by a Border Police officer who was standing at the entrance to a small room where Hajuj was being held.

16 years old shot to death by police and Border Police at Damascus Gate of the Old City in Jerusalem on May 7, 2017. 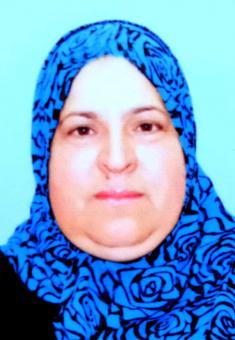 60 years old from Wadi Fukin, Bethlehem. Killed on May 2, 2021, in Gush Etzion illegal settlement located between Bethlehem and Jerusalem.