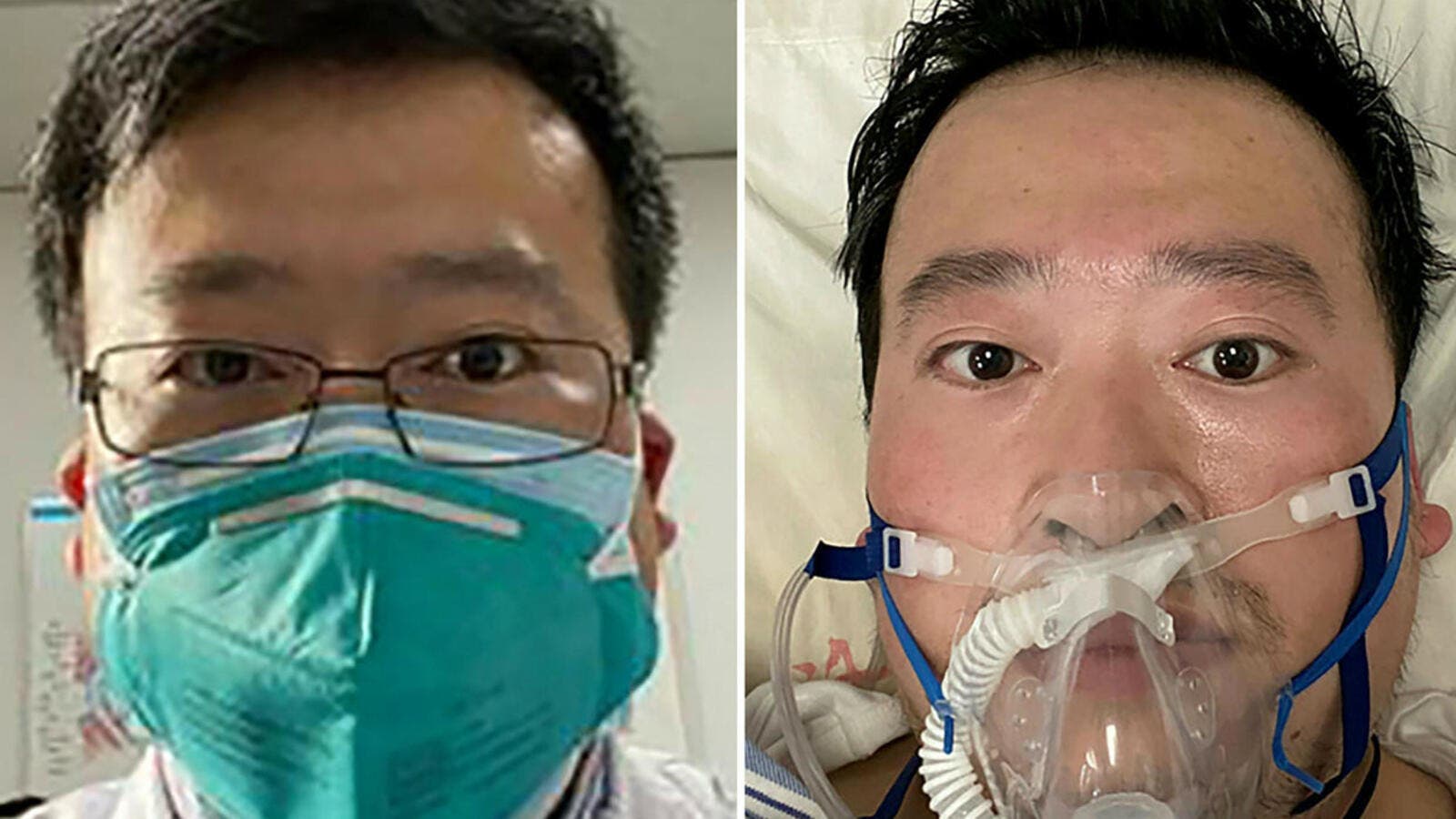 A Chinese doctor who had been reprimanded for issuing an early warning about coronavirus has died of the disease, triggering a wave of public mourning and rare expressions of anger against the government online.

Before Li Wenliang died, he told @caixin: "A healthy society should not have only one voice."

Today "I want freedom of speech" trended on Weibo before censors shut it down: Due to "relevant laws, regulations and policies, this page is not found"https://t.co/UQUkU60lfI pic.twitter.com/J05sgaceZw

Ophthalmologist Li Wenliang became one of the most visible figures in the crisis after he took to Chinese social media to reveal what he saw about seven cases of coronavirus. He and seven other whistleblowers were reprimanded by the Wuhan police for spreading “illegal and false” information.

It’s 5 am in China right now, but many people did not sleep tonight  — hashtag “I want freedom of speech” started to trend on Weibo from 1 am and now has nearly 2 million views. pic.twitter.com/CA6lqy4ey2

Li was later infected with the coronavirus himself after treating patients ill with it.

His death at age 34 became the top-read topic on China’s microblogging site Weibo, with over 1.5 billion views, and was also heavily discussed in private WeChat messaging groups, where people expressed outrage and sadness.

Tens of thousands of Chinese citizens calling "I WANT FREEDOM OF SPEECH" on Weibo last night after doctor #LiWenliang's death (via @EASickMan). Hours later, the hashtag was blocked by Weibo, which can be simply understood as official doesn't want you to call for #speechfreedom. pic.twitter.com/7xGh8FX8Yw

Some who were more critical of the government included the hashtag #IWantFreedomOfSpeech in their posts mourning Li’s death, saying “the Wuhan government owes Doctor Li Wenliang an apology” and “we want free speech.”

However, that hashtag was soon censored on Weibo, and anti-government posts were all gone the next morning.

From Weibo, under the now censored hashtag # I want freedom of speech #:

“The last time so many people had been awaken was 1989. I want freedom of speech."

Li’s case is critical for China’s leadership after Beijing was accused of covering up the full extent of the Severe Acute Respiratory Syndrome outbreak in 2003. Beijing has called for transparency in the current crisis, and local officials have been called on after public blame over their handling of the coronavirus outbreak.

China’s Central Commission for Discipline Inspection, which punishes official corruption, said it would send investigators to Wuhan to probe “issues raised by the people in connection with Dr. Li Wenliang.”

“The CCDI has now sent an investigation team to carry out a full probe in response to public concerns and to allow people to look forward to the revealing of the full truth,” they said in a statement.

"#我要言论自由" (I want freedom of speech) is trending on Weibo (Chinese version of twitter), the cry for free speech is getting unprecedented loud ever since Tian'anmen Square massacre, some even post about June 4th. Finally something is happening in the mainland 🙏 https://t.co/7gdM6aw5iZ

So far, China’s National Health Commission said the outbreak has killed 636 people and infected 31,161 in the country.