Published May 3rd, 2021 - 07:51 GMT
Israel has been evicting and demolishing dozens of houses in the the Jerusalem Sheikh Jarrah neighbourhood. (Twitter: @SawtQods)

Tensions between Palestinians and Israelis have been on the rise for several weeks now, with Israeli court decisions taking effect on the East Jerusalem neighborhood of Sheikh Jarrah, evicting dozens of Palestinian families from their homes so Jewish settlers can move in. 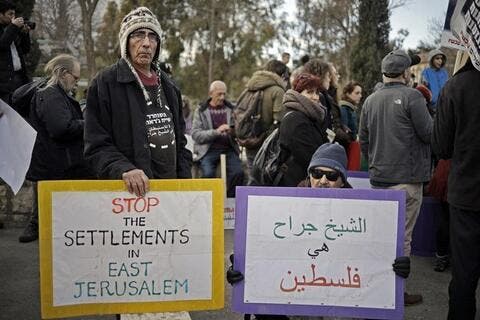 ‘If I don’t steal it, someone else is going to steal it.’

An Israeli settler’s attempt to justify a forcible takeover of a Palestinian home in Sheikh Jarrah in occupied East Jerusalem has sparked anger online after it was caught on camera. pic.twitter.com/VQW82iT65P

The court decision which was issued last March had given Palestinian residents of the historically Arab neighborhood a two-month notice to leave their homes with no compensation, to allow new arriving Jewish settlers to this part of the city to move in.

The social media have been flooded with videos and photos showing settlers breaking into the houses and front yards of Palestinians in Sheikh Jarrah, including a video that went viral as the new Israeli comer was challenged by the woman who owns the house.

Imagine your house and land being seized by someone else.
Who will stop the tyranny and usurpation of the State of Israel? Why does the UN exist? @UN @Refugees @UNHCR_Arabic @UNHCRTurkey @UNHCRUSA @UNHCRUK #HumanRightsViolations #HumanRights https://t.co/X9ehKnm2hq

In the video, the owner addresses the Jewish settler saying he can't move into her house before he responds saying: "if I don't steal your house, someone else will".

Using the hashtag #SheikhJarrah, online people have widely shared the video to protest the ongoing Israeli policy of evicting the Arab part of the city of its Palestinian population, especially that international laws recognize East Jerusalem as occupied Palestinian territory.

When is Palestine going to get the same TV coverage as South Africa did in the 90's...? https://t.co/XJfzsD58vR 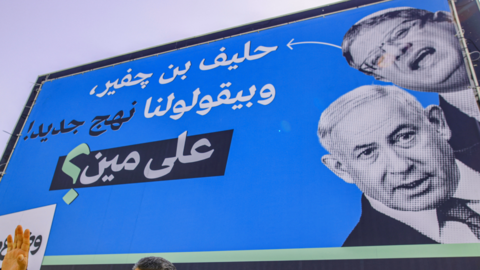 'Abu Yair' Is Tearing His Own Election Campaign Down, Here Is How
— UKinJerusalem🇬🇧 (@UKinJerusalem) May 2, 2021

Moreover, the UK British Consul General in Jerusalem has tweeted a video showing his visit to a number of Palestinian families who might be evicted any day now, stressing his country's stance on considering East Jerusalem illegally occupied and annexed, calling Israeli property laws in the area "unfair".

Last week, Human Rights Watch leased a detailed study that was conducted by its teams over two years, in which they concluded that Israeli policies in the West Bank and East Jerusalem constitute crimes of Apartheid and Persecution, triggering Israeli anger and accusations of bias.

Startup of the Week: Preserving Arabic Culture In A Candle