Published September 14th, 2021 - 08:45 GMT
NYT report has warned that the US should act faster to prevent this development. (Twitter:@ IntelCube)

While the US has yet to continue talks with Iran before the two countries sign a new deal to regulate Iran's production of enriched uranium, experts are now raising red flags that the Asian country might be closer than ever to producing enough enriched fuel for a nuclear bomb. 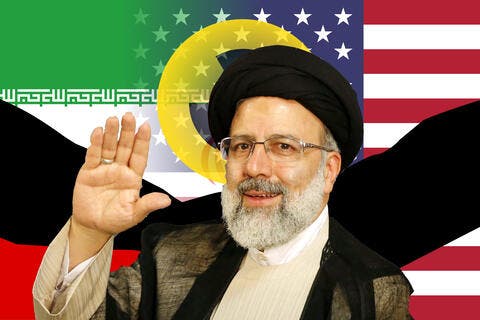 Experts estimate that #Iran is around one month away from amassing enough enriched fuel for a nuclear bomb. The alert emerged after analysis was conducted on new data, issued last week from the International Atomic Energy Agency. pic.twitter.com/c8BFZrXttx

A recent report by the New York Times in commentary over Iran's most recent deal with the International Atomic Energy Agency has quoted an expert who thinks that Iran is closer than ever to producing a nuclear bomb.

According to David Albright who has been introduced as a nuclear expert working for the Washington-based Institute for Science and International Security, "Iran can have a nuclear bomb in as soon as one month." Reports have highlighted the possibility that Iran's nuclear facilities have been "amassing sufficient nuclear fuel to create a single nuclear weapon".

This conclusion has been based on earlier reports that during the summer of 2021, Iran has been working on enriching uranium at 60% purity-just below bomb-grade level.

#Iran is on track to obtaining enough enriched uranium for a nuclear bomb within one month and has not been this close to nuclear capability since before the nuclear accord in 2015.https://t.co/pPjkDKnhkI

However, some commentators have suggested that the recent reports are meant to push the United States for quick action when it comes to the ongoing negotiations with Iran, so the two countries can reach a deal similar to that of 2015.

In 2017 and upon becoming the 45th president of the United States, former US President Donald Trump announced leaving 2015 also known as the Joint Comprehensive Plan of Action, giving Iran the chance to resume plans for enriching uranium at levels higher than previously agreed at.

#Iran marches on in producing enough enriched uranium for a nuclear weapon in as little as one month, @TheGoodISIS, a non-proliferation think tank says.https://t.co/84vovvRoUt

The current US administration has been in talks with Iran over a new deal since June 2021.