When Taking the Wrong Selfie Can Get You Jailed in Iran 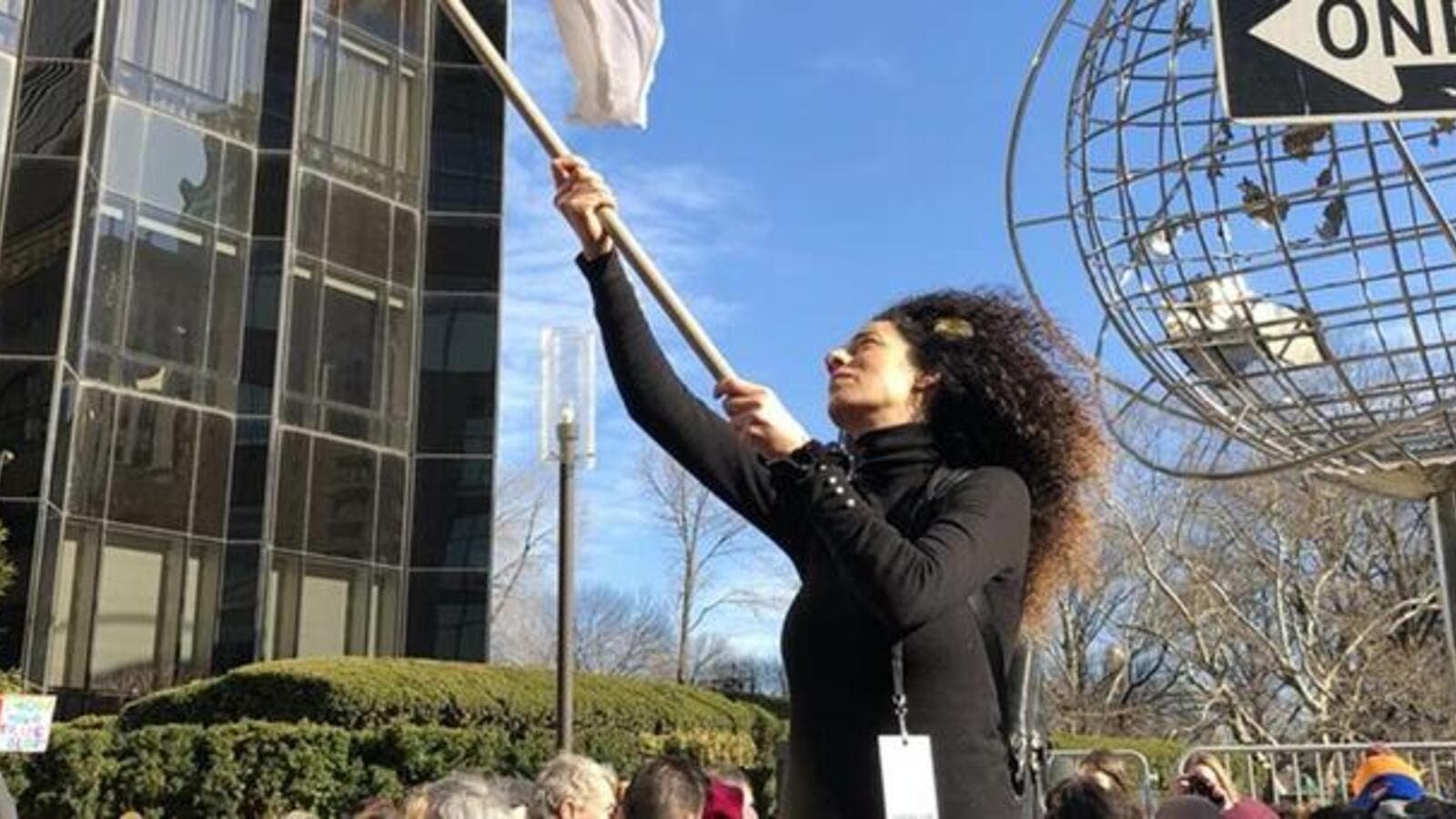 Iranian authorities have announced a new law criminalizing women who send images to an Iranian exiled activist. The penalty is up to 10 years in prison.

As more Iranian women are standing up in face of the discriminatory laws that force women to cover their heads, hundreds of photos and videos of women taking off their head-covers have been shared on the internet lately prompted by calls from Iranian activists on the internet.

According to the new law, any Iranian woman who sends images of herself without headcover to activist Masih Alinejad would be jailed for up to 10 years. Alinejad is a US-based prominent Iranian activist who launched White Wednesdays movement, which takes place every Wednesday when people against compulsory hijab laws take it off in public places and share their photos and videos.

According to the new law, any Iranian woman who sends images of herself without headcover to activist Masih Alinejad would be jailed for up to 10 years.

Considering Alinejad as one of the people who encouraged women to go on civil resistance to challenge the discrimination they face by the mandatory hijab law, the head of Tehran Revolutionary Court was cited by Fars News Agency saying "those who film themselves or others while removing the hijab and send photos to this woman ... will be sentenced to between one and 10 years in prison," the Associated Press reported.

As soon as the decision was made, the news sparked debates and backlash against the Iranian government on the internet.

Today, head of the revolutionary court in Iran reported that women who send me videos risk 1 to 10 years of jail.

My Response: regime isn’t scared of me. They’re scared of people & their demands. I’ll keep relaying the voices of people as long as I keep receiving videos pic.twitter.com/6MjEfXxUii

Meanwhile, Masih Alinejad has received massive support through social media from Iranians and feminists around the world.

You are one of my many heroines, and every girl whose video you post is added to my list. Loved your book. Sending my love and support from New Zealand ?

Sending love, support and my deepest respect, Masih jan! You are my number one role model.

Alinejad is believed to be targeted by the Iranian authorities due to the fact that she lives and works in the US since she was exiled by Iran’s government to the UK. Later in 2004, she began her activism against mandatory hijab laws and started receiving dozens of images and videos from women inside Iran challenging the laws.

Meanwhile, strict hijab laws in Iran have been controversial for years now as more Iranians are campaigning against them. Lately, Iranian authorities detained activists who expressed opposition to compulsory hijab laws and videotaped them while “confessing” retraction of their opposition, which is believed to have taken place under torture or threats.