Israeli School Kids on Video: ‘Arabs Will Be Our Slaves in 10 Years'

An undated video has resurfaced on the internet again, in the wake of renewed tensions between Palestinians and Israel in the latest weeks. The video shows an exchange between an Israeli teacher and her class of Israeli primary students, as they discuss the future of Jerusalem and the relationship with Palestinians. 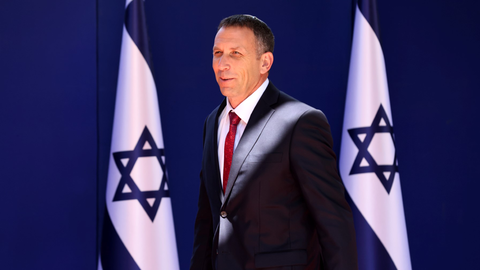 Israeli Minister: 'I'd Ship All Arabs to Switzerland if Possible'

pic.twitter.com/vQEIRYdSoE Tell us again who teaches who to hate-Oops busted again!

In the video that first emerged in 2018, the school teacher asks her students about the things they associate with Jerusalem, and they respond by referring to the city's religious status to Jews.

The teacher then proceeds to ask about the to-be-built temple, asking about what is currently "in its place".

Students answer by saying "Al Aqsa mosque is there". "What will happen to Alaqsa mosque?", she asks, to which they respond by saying "it will collapse, explode, and disappear".

#Sad Thought💔it's horrible to teach hate These words are difficult for me, I have Israeli friends who speak out against apartheid and ethnic cleansing ! The principles of education is brotherhood and love for our neighbor because all human beings are equal #REALITY #FightRacism https://t.co/nhZMnG4RfJ

Moving on to discuss Israeli kids' relationship with Palestinians in the city of Jerusalem, she refers to Palestinians as "Arabs" and asks: "Who among you has met an Arab kid in the last year?". Most kids say they did so near "temple mount", known to Palestinians as the Al Aqsa mosque.

The teacher then asks about what the kids feel when they meet "an Arab", and their responses vary between "Angry, I feel I want to kill them". She follows up with a question about how they feel when meeting a "non-religious Jewish kid" and they answer "We feel sorry for him. He isn't taking the right path".

Finally, she asks her students: "How do you see Jerusalem in the next 10 years?" to which they answer "Everybody will be a religious Jew. And there will be Arabs but they will be slaves. Because the messiah will be here."

Another student adds: "There will be a massive war and all the Arabs will die. And part of them will be slaves".

At the end of the conversation, one of the two men standing beside the teacher, who were possibly guests or educational counselors conclude "good. You got all the information. Thank you, kids. Keep up your education here."

No different than what ISIS taught their followers and TTP. 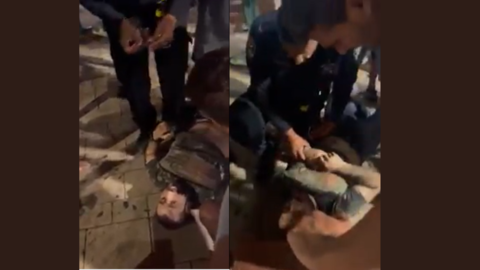 Online users have reshared the video again, pointing out that allowing religious educational institutions to teach such concepts serves no purpose but "brainwashing" and "indoctrination" students into hatred and extremism, which is similar to what extremist groups teach kids, citing ISIS.

Some also noted that Israel might be guilty of its long-standing argument accusing Palestinians "of teaching their kids to hate Israelis".

Resharing the video by social media users comes a few months after a survey found out that 60% of Israeli Jews prefer being segregated from Palestinians.

Tom Holland Opens up About His Mental Health

Israeli School Kids on Video: ‘Arabs Will Be Our Slaves in 10 Years'