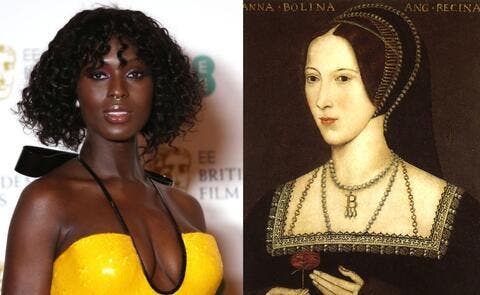 Is It Cultural Appropriation? Jodie Turner-Smith to Play Anne Boleyn in a New Series

Pro-Palestinian activists slammed the Israeli move, calling it 'cultural appropriation', especially since Knafeh originated from Palestine and is traditionally a Palestinian desert, before becoming a popular Middle Eastern sweet.

Across much of the Arab world, the dish is called Knafeh Nabulsiyeh, pointing to its origin from the West Bank city of Nablus, and known to be the most representative Palestinian dessert.

As I am Italian and Palestinian this is insulting on so many levels. 🇮🇹🇵🇸

A social media user cynically wrote: "First it was chocolate hummus, now it is pizza knafeh. What’s next? Hummus-Knefeh?"

An Italian-Palestinian professor at the University of Sussex Business School also commented on Israel's pizza Knafeh, saying it "is an insult to the Arabic pastry."

1st Israeli 'Hummus Festival' will feature culinary events all over the country starting on 'International Hummus Day' which will be celebrated on May 13 for 5 days. #Israel #Hummus #food pic.twitter.com/C9xAPd6hfj

In fact, this is not the first time Israel destroys, or claims possession of a Middle Eastern dish. Earlier, Israel claimed that Hummus is Israeli and launched a chocolate Hummus, triggering a wave of wrath across the Arab world.