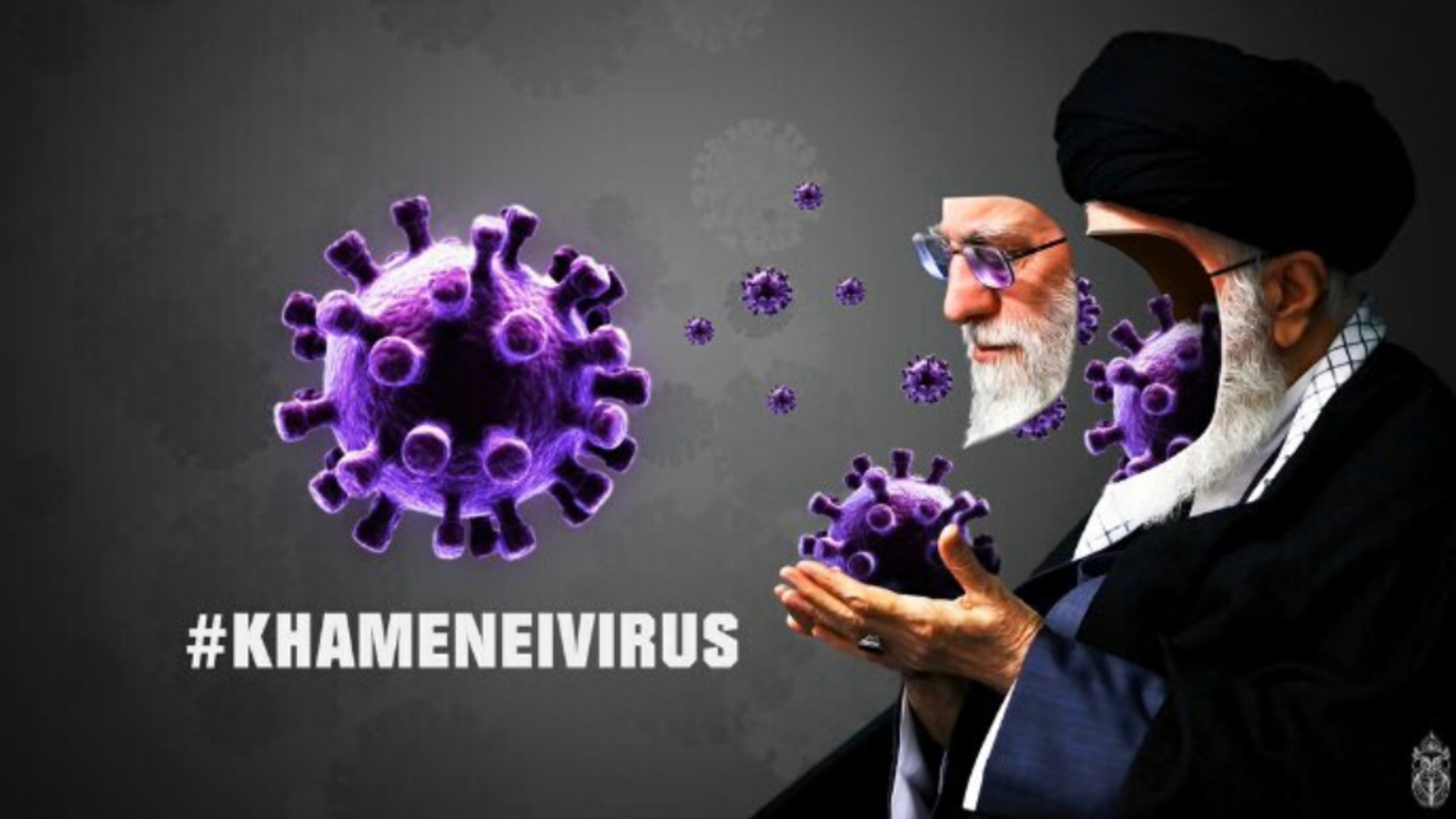 In a televised speech, Khamenei revealed that he's rejected an American offer to help his country's containment measures. (Twitter)

With Iran's official numbers pointing at more than 20k coronavirus cases and about 2k deaths in the country, many Iranian social media users took to Twitter to protest the government's policies describing them as "more dangerous than COVID-19".

This comes in response to Khamenei's latest appearance in a televised, speech where he revealed that the US has offered to help Iranian authorities' virus containment efforts and but he refused their offer.

Khamenei justified his position saying; "the US had created the virus in the first place and that its offer to help aims to cause more harm than good".

#Iran’s leader said today in a televised speech that the #Americans offered #Iran medications but they should keep it for themselves. The #coronavirus was made by the usa to destroy Iran and the “medications” are to increase the damage. pic.twitter.com/suXK8Ef7O6;

People in Iran are batteling agains #coronavirus,at the same time they want to get rid of Khamenei & his cruel regime! His regime has killed many innocents,much more than Coronavirus has done!the virus doesn’t kill kids, but they’ve killed & executed many kids #KhameneiVirus pic.twitter.com/878heV7xHm

Some users also took the chance to recall the political activists killed and jailed by the political regime, during the numerous local protests that took place over the last few years, saying that the Iranian government "can kill just as many people as the coronavirus does".

So I've noticed #KhameneiVirus trending on Twitter. I applaud you for this 1000%. However, no offense guys but I think he's far worse than a virus... the man and all of his cohorts are more like a deadly CANCER! #RegimeChangeIran is the best chemo for Iran & the region!