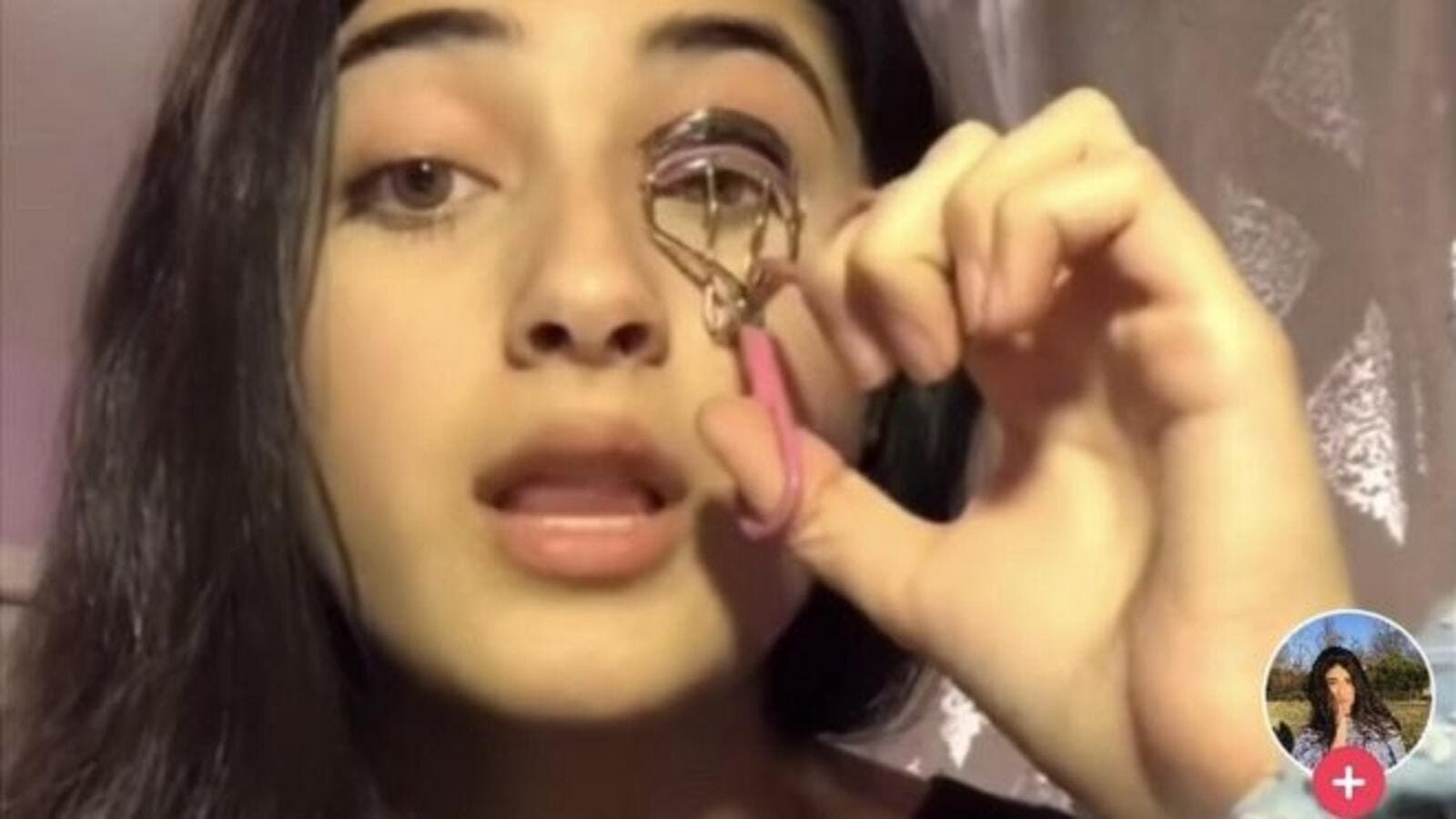 Teenager Feroza Aziz begins the TikTok video with an eyelash curler in hand, but then shifts attention to a serious topic - the mass detentions of minority Muslims in north-west China.

A TikTok video of an American teenage girl criticizing China for putting Muslims in concentration camps has gone viral on social media. Feroza Aziz's 40-second clip got more than 498,000 likes on TikTok before she said her account has been suspended.

The video appears to be a lash-curling tutorial in the beginning, but then Aziz swiftly changes the topic to the detention of Muslim ethnic groups in China, asking her viewers to raise awareness about what she describes as another Holocaust.

"Use your phone that you're using right now to search up what's happening in China, how they're getting concentration camps, throwing innocent Muslims in there," the 17-year-old Muslim high school student says in her video.

Aziz's video quickly became popular for her tactic to voice criticism against China using its own app, which has been accused in the past for censoring content critical of the state.

Here is a trick to getting longer lashes! #tiktok #muslim #muslimmemes #islam pic.twitter.com/r0JR0HrXbm

TikTok denied the censorship accusation against Aziz. A spokesman said she had been blocked from her account because she used a previous account to post a video that contained an image of Osama bin Laden.

This violated the app's policies against terrorist content, the spokesman said, which is why the platform banned both her account and the devices from which she was posting.

"If she tries to use the device that she used last time, she will probably have a problem," the spokesman said.

Feroza argued that this was not the first time TikTok had taken down her account or removed her videos in which she talked about her religion.

So many ways to be an activist and build public awareness. Applause!

The head of TikTok, Mr Alex Zhu, denied the accusations about censorship in the platform, claiming that Chinese regulators do not influence TikTok in any way.

However, multiple cases such as Feroza’s have been cited making TikTok's statements seem suspicious.

Don't worry about the lashes young lady. But please run for office asap.

The Uighurs aren’t just being killed, they’re also having organs harvested for a program unofficially sponsored by the CCP.
It’s sounds absurd and implausible but organ transplantation is a common need due to the pollution in Beijing & Shanghai.

China's government has a record of subtly controlling the activities of private businesses in its country.

There are now concerns that when companies like ByteDance and Huawei expand overseas, Beijing's position will still have the upper hand.

China has so much power, no one dares take action against them it seems😔

China has been accused of censoring any content that criticizes its crackdown on Muslims.

Over the past few years, the government has corralled as many as a million ethnic Uighurs, Kazakhs and others into internment camps and prisons.

Chinese leaders have denied that these are prisons. Rather it states that they are facilities designed as part of its mild and benevolent campaign to fight Islamic extremism.

However, international humanitarian groups say the nature of China's efforts are much more coercive and inhumane.

Recent leaked documents showcased the brutal detention and systematic repression of Uighurs, where Muslims were kidnapped, raped and forced into torturous treatment inside the concentration camps.