Published February 23rd, 2020 - 06:36 GMT
Kahina Bahloul is a French woman of Algerian Origins and the first woman to lead a mixed prayer in France. (AFP)

Translation: "A great emotional moment yesterday, the first mixed Friday prayer at the Fatima mosque and my first experience as an Imam."

Kahina Bahloul, the founder of the Fatima Mosque, was born to a Muslim Algerian father and a French mother with Christian and Jewish backgrounds and grew up in Algeria where she studied law before moving back to France where she earned her doctorate in Islamic Studies from the École Pratique des Hautes Études. 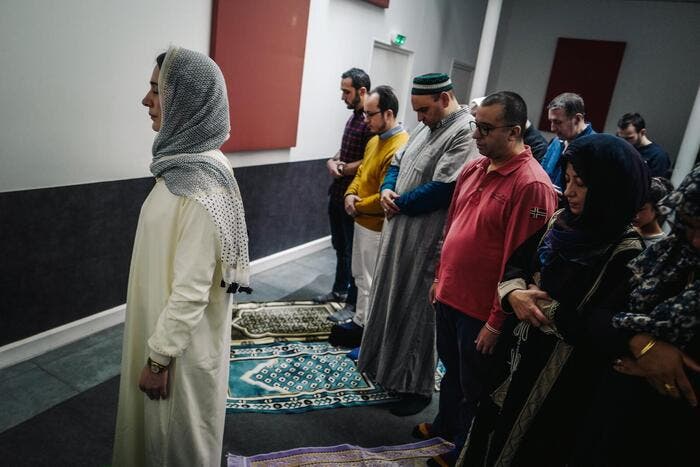 According to Bahloul, the main premise of her mosque that she named after prophet Mohammad's daughter, is to be an example of liberal Islam.

At the Fatima mosque, men and women will be able to pray in the same room, unlike other mosques where they pray in separate rooms. Moreover, all sermons will be delivered in French by one of two imams: herself and Faker Korchane.Women will have the option of whether to wear the headscarf or not. 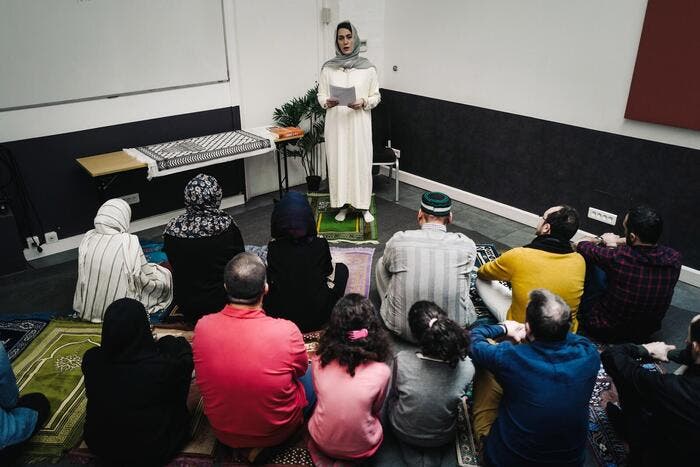 But news of Bahloul's first Friday sermon received strong backlash from social media commentators who condemned it and considered it "an un-Islamic prayer," saying that "only men are allowed to lead prayers in Islam."

Translation: "This has absolutely nothing to do with Islam"

Meanwhile, many users praised the idea of the mosque and its attempt to create a more equal version of Islamic religious practices so it matches the culture and the values of modern-day societies.

Translation: "What's wrong with that? Nothing in Islam prohibits women from becoming Imams. Women raise entire generations, lead states, and head institutions and corporations. Regarding mixing genders, as long as both the woman and the man truly believe in God they wouldn't notice it because they're in the presence of God."

Translation: "This is great. Women and men represent the society and the family, so seeing them together is natural and civilized. A woman leading prayer shows tolerance and equality. God bless."

The Fatima co-ed mosque is the first one in France, but not in Europe. A mosque in Belgium was the first to have a female Imam in 2008 and a liberal mosque was opened in Germany in 2017 with female Imams and preachers.