Married in the Time of Coronavirus: Mass Infections and Police Arrests to Stop Weddings in the Middle East 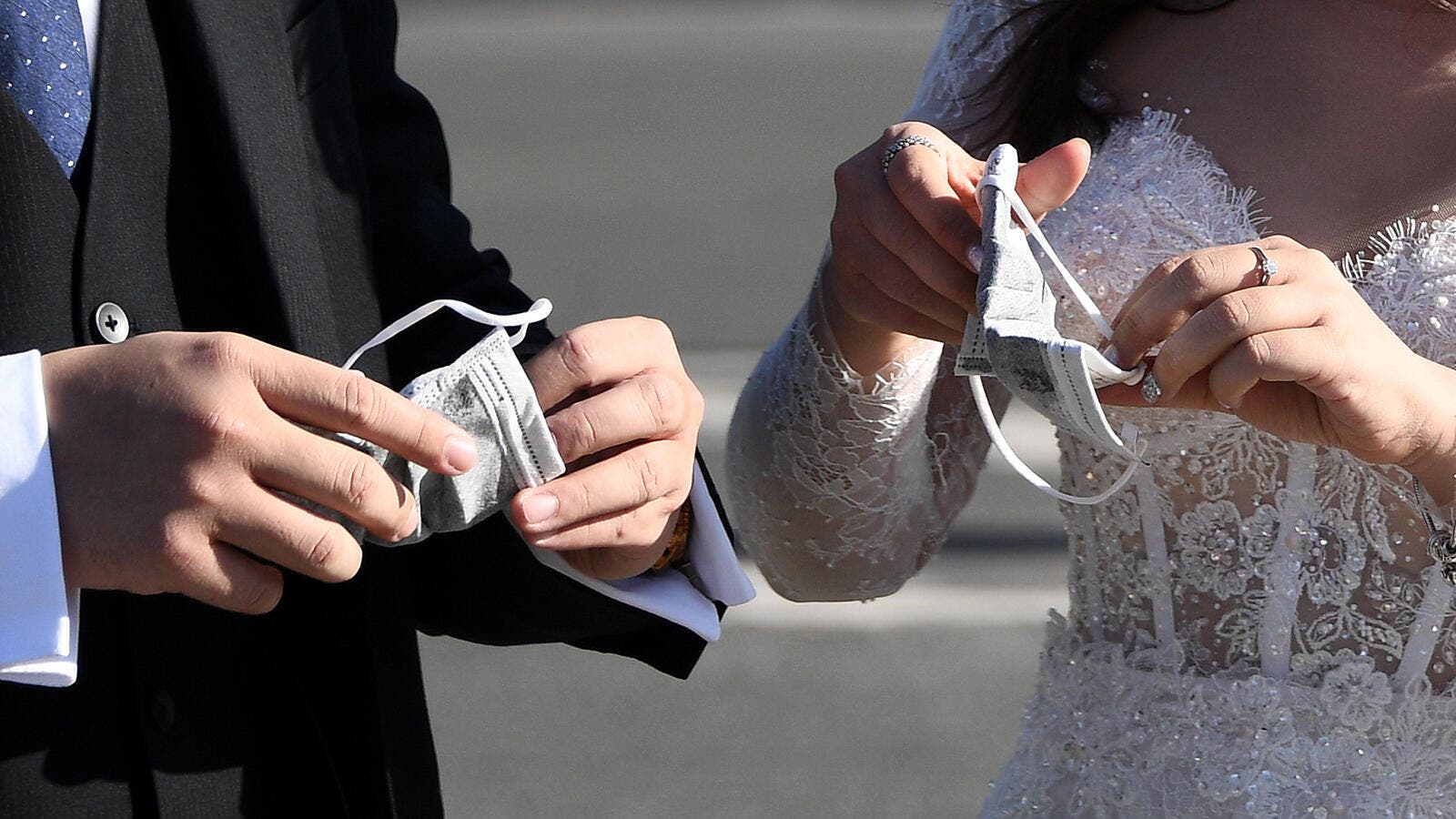 Lockdowns and bans on gatherings have still been challenged by people who wanted to go on with their wedding plans. (AFP)

Emergency laws going into effect in many countries around the Middle East, placing people under curfews, didn't seem to disrupt the marriage plans of some.

Translation: "Spokesperson of the public security stated that the criminal investigation unit has taken action following a video featuring a number of cars in a wedding convoy in Jordan"

In Jordan, police forces announced arresting a number of people who took part in a wedding convoy in Amman, only one day after the Prime Minister's decision to impose a lockdown on all cities in the country and ban all gatherings of more than 10 people to contain the spread of the novel coronavirus.

A few days before the government decided to lock the country down, about 300 people had gathered in Irbid to the north of the Jordanian capital for a wedding. The groom and 7 other individuals have been tested positive for COVID-19 since then.

Translation: "President of the National Anti-Pandemic Committee: I'm afraid we'll have many more infected cases of people who've attended the wedding in Irbid."

In Algeria as well, authorities reportedly stopped a wedding in the city of Annaba last night. Police cited the government's decision to ban gatherings over the past week. Health sources have been quarantining all attendees after at least 9 women have been showing mild symptoms of the Coronavirus.

Translation: "Despite the president's decision, the national danger, and the local authorities clear ban of such activities, someone in Annaba broke the law and held their wedding with people from different cities attending. Citizens reported the incident and the police took action."