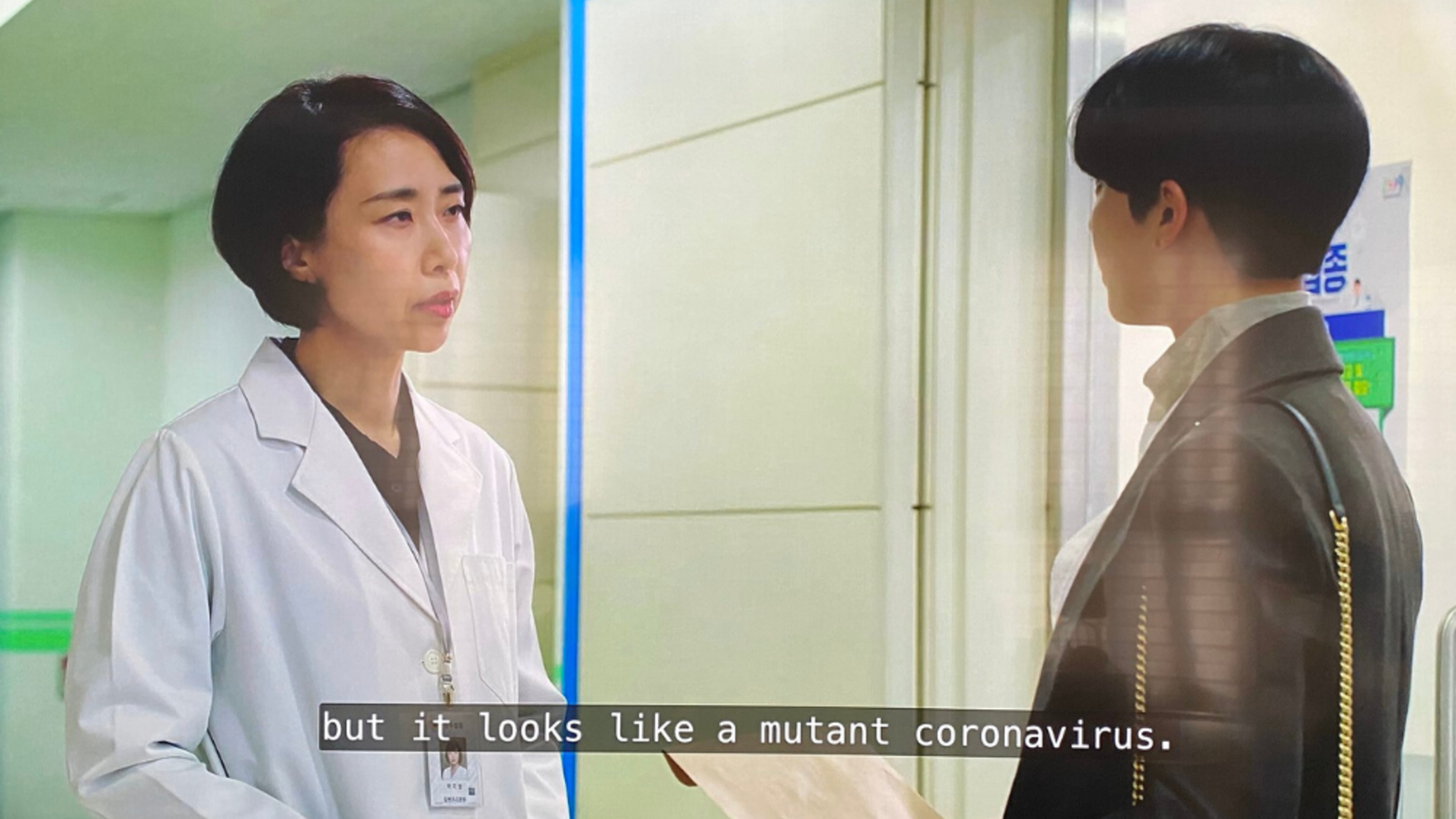 Some people shared the short video clip to support a conspiracy theory suggesting that the virus has been developed by certain countries to attack their enemies. (Twitter)

A few months after the novel Coronavirus, that generated in the Chinese city of Wuhan, spread worldwide killing thousands of people, social media users, quarantined in their houses noted that a Korean drama show airing on Netflix had actually predicted a mutant Coronavirus killing one of the show's characters'.

In the 10th episode of the 2018 "My Secret Terrius" show, a doctor is seen telling an individual, accompanying a dying patient at a hospital, that tests have depicted a mutant Coronavirus; more dangerous than the previously known strains of the virus, naming 2002 SARS and 2012 MERS diseases.

Coronavirus disease (COVID-19) is a new strain that was discovered in 2019 and has not been previously identified in humans.
WHO was aware in many studies that the only Pandemic that can happen it will happen by Respiratory Syndrome
all movies based on that study

The show's doctor explains that the latest respiratory virus has been tweaked by humans to attack lungs immediately and that its incubation period has been reduced from between 2-14 days to 5 minutes only. According to the show, the mutant Coronavirus has a mortality rate of 90%.

Social media users expressed their astonishment at the correlations between the scene and today's reality, despite the fact that COVID-19 has an incubation period lasting up to 14 days and a mortality rate ranging between 1% to 7%.

Translation: "Coincidences don't just happen. It's all been carefully planned. The Coronavirus is nothing but economic warfare and this show is a clear proof of it."

Some people shared the short video clip to support a conspiracy theory suggesting that the virus was developed by certain countries to attack their enemies.

Translation: "There's no doubt that the virus was developed as a biological weapon. I believe that many countries have taken part in generating this virus, whether by providing needed labs, doctors or financial aid. That's why the whole world remains silent regarding  the virus's source and only exchange accusations instead."

Translation: "China has created and spread it to destroy the western economy"

As of today, COVID-19 has taken the lives of more than 11k people worldwide, with most victims being in Italy and China. More than 250k people have contracted the deadly virus in more than 85 countries.