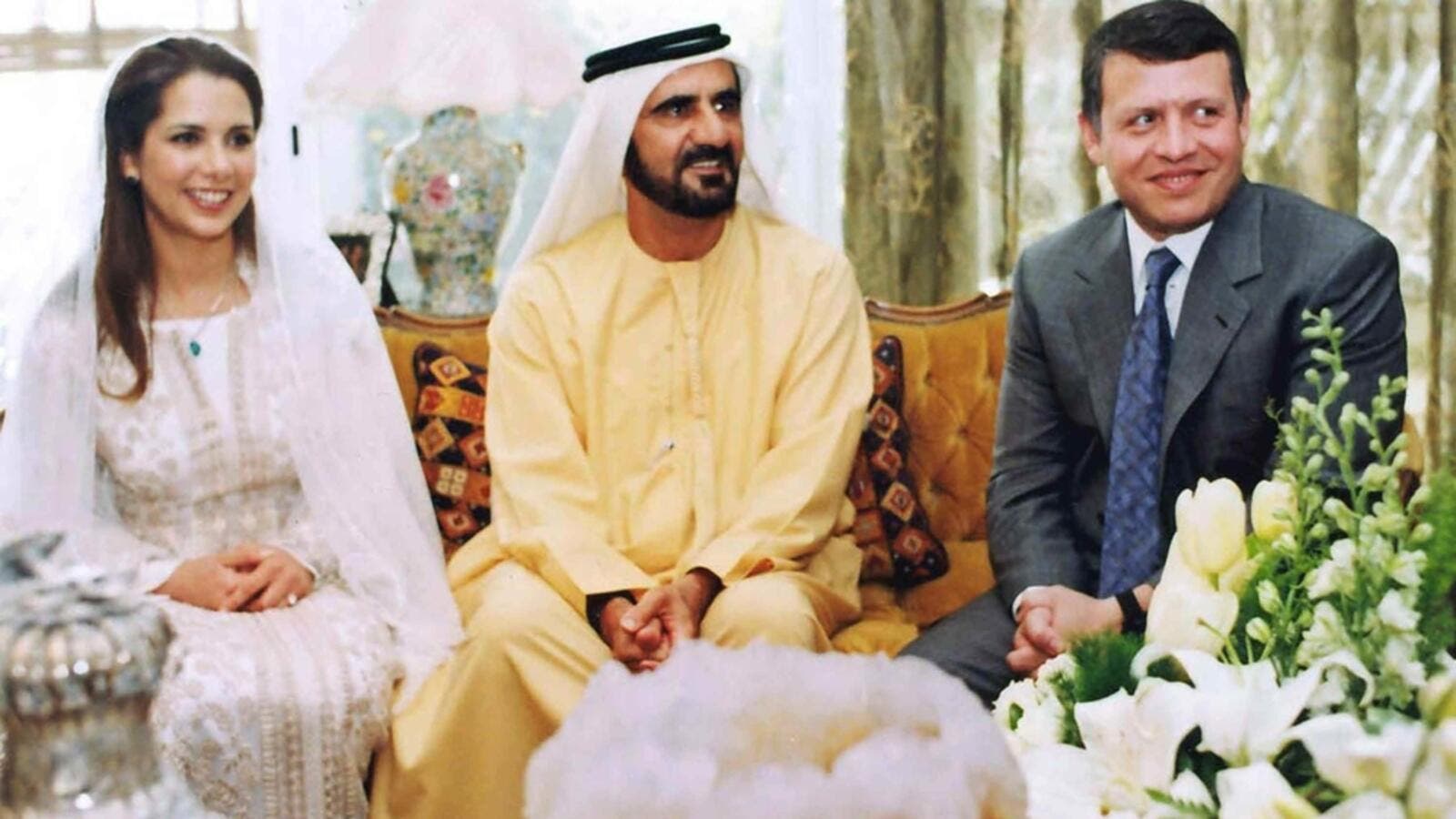 Rumors of a senior Jordanian princess fleeing the UAE have been swirling on the Arabic social media for the past few days.

Unverified social media users have claimed that Sheikh Mohammed bin Rashid Al Maktoum’s wife, Princess Haya bint Hussein, the daughter of King Hussein of Jordan, has fled the UAE to Germany as a result of the family violence she and her daughter faced from her husband.

This gossip has been shared with no apparent facts or background information. Princess Haya often served as a key diplomatic link between the UAE and Jordan.

The rumors sparked off on Twitter by the end of last week, with users sharing more alleged details on the story. Yet nothing is confirmed.

A key source seems to be Palestinian-American journalist Osama Fawzi, who went to his viral YouTube channel to address the story and provide details of the alleged "escape" to Germany.

Fawzi provides screenshots that he uses to corroborate events, but the connections he draws together remain extremely tenuous. For example, one screenshot refers to a project funded by Princess Haya being withdrawn in Jordan on May 22nd, without mentioning that funding projects are regularly cancelled in the region for a wide range of reasons.

Fawzi is a Palestinian-American controversial journalist who was born and raised in Jordan. Jordanian papers have questioned his credibility in the past and accused him of working as a spy. In 1998, Fawzi was attacked in a failed assassination attempt in Texas, the US where he has been living for years with his family. 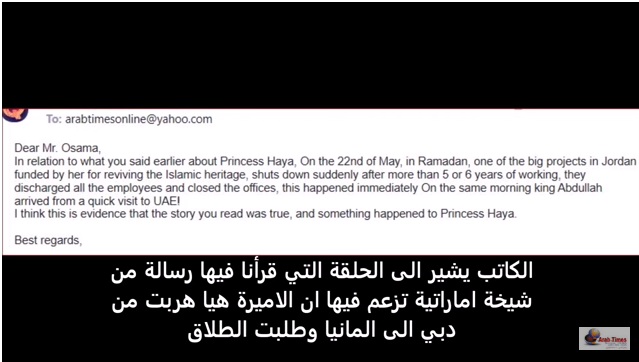 The screenshot Fawzi receives in an email does not appear to go beyond conjecture. (Screenshot/YouTube)

While several claims were made, some unverified users have jumped to conclusions and accused Sheikh Mohammed of harassing his daughter, Sheikha Al-Jalila,  leading Princess Haya to flee the country.

Others said Princess Haya was facing violence from her husband who had repeatedly beaten her and imprisoned her.

Translation: “It is claimed that [her escape] is related to Sheikh Mohammed harassing his daughter from Princess Haya scandal.”

The rumors were also connected to Sheikh Mohammed’s visit to Germany that took place during the past week, claiming he requested Germany to bring the fleeing princess back to UAE. According to social media rumors with no actual sourcing, Germany dismissed his request and confirmed their country’s commitment to defending human rights. To date there is no supporting evidence, factual data or formal statement from Germany to suggest any of this has actually taken place.

Translation: “Princess Haya bin Al Hussein has broken up with her husband Sheikh Mohammed bin Rashid and traveled to Germany. It is claimed that an urgent meeting was held this week at the State Security Bureau of Dubai to declare a state of emergency in Zabeel palace because of the princess escape.”

According to a little known website called “Emirates Leaks”, the escape had led to a diplomatic crisis between the UAE and Germany.

The story has brought back to mind the runaway daughter of the ruler of Dubai’ story that was triggered by March 2018, when Princess Latifa tried to flee from the country to start a new life. She was eventually forced to return to Dubai.

There is a chance that the story could be a deliberate misinformation campaign designed to discredit or harm the UAE ahead of a Bahrain conference later in June, or simply another example of fake news and gossip on the Arabic language blogosphere. Regardless, the story is unlikely to go away anytime soon.