Photos and video of UK police cars painted on the back with the pride flag caused controversy and took the internet by storm; amid the police's campaign to highlight doubling hate crimes. 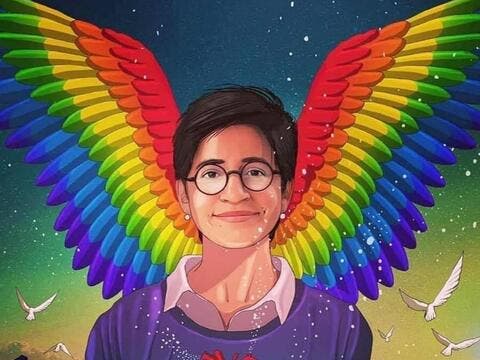 According to the police’s deputy chief Julie Cooke, cars are painting rainbows on the side with the aim of reducing online hate crimes and 'giving confidence' to the LGBT+ community.

“Yes sir, I appreciate that you’ve just been burgled, but unfortunately all the lads are currently out, learning their steps, for the inter-departmental YMCA “Dance-off”https://t.co/tOJkvxhpMO

The officer said: 'It is so huge,’ adding that it might cost money just to paint cars with colors of the Pride flag, but people are already feeling better just to see the rainbow colors on police cars. Cooke reaffirmed that it's about spreading confidence in the community to report hate crimes.

Who on earth seriuosly believes painting police cars with rainbows is going to prevent hate crimes.
Next thing you know they'll have unicorn wings to to get around London faster.

However, social media users had a different opinion. Some mocked the idea that pride flags on police cars will help in discouraging hate crimes toward the LGBTQ+ community. Others said it is a waste of money which can be invested in better projects.

Furthermore, some people including ex-police officer and founder of campaign group Fair Cop, Harry Miller, said it is better if Met police had special cars to fight increasing ‘knife crimes’ as the number of stabbings in London is appalling. 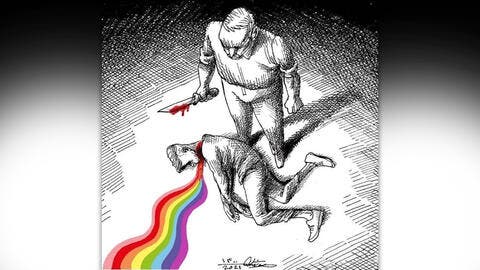 IN AMERICA IT’S OKAY TO DECORATE A POLICE CAR WITH GAY PRIDE FLAGS, BUT NOT BIBLE VERSES........ https://t.co/blGWQSiJ0Z

Another person slammed the US law on LGBT saying, in America you can decorate police cars with the pride flag but not Bible verses.

According to the Daily Mail, hate crimes towards the LGBTQ+ community have doubled compared to earlier years, most especially against transgender people