“A Rapist in Your Path”: Anti-Rape Protests Fill Streets of Tunisia 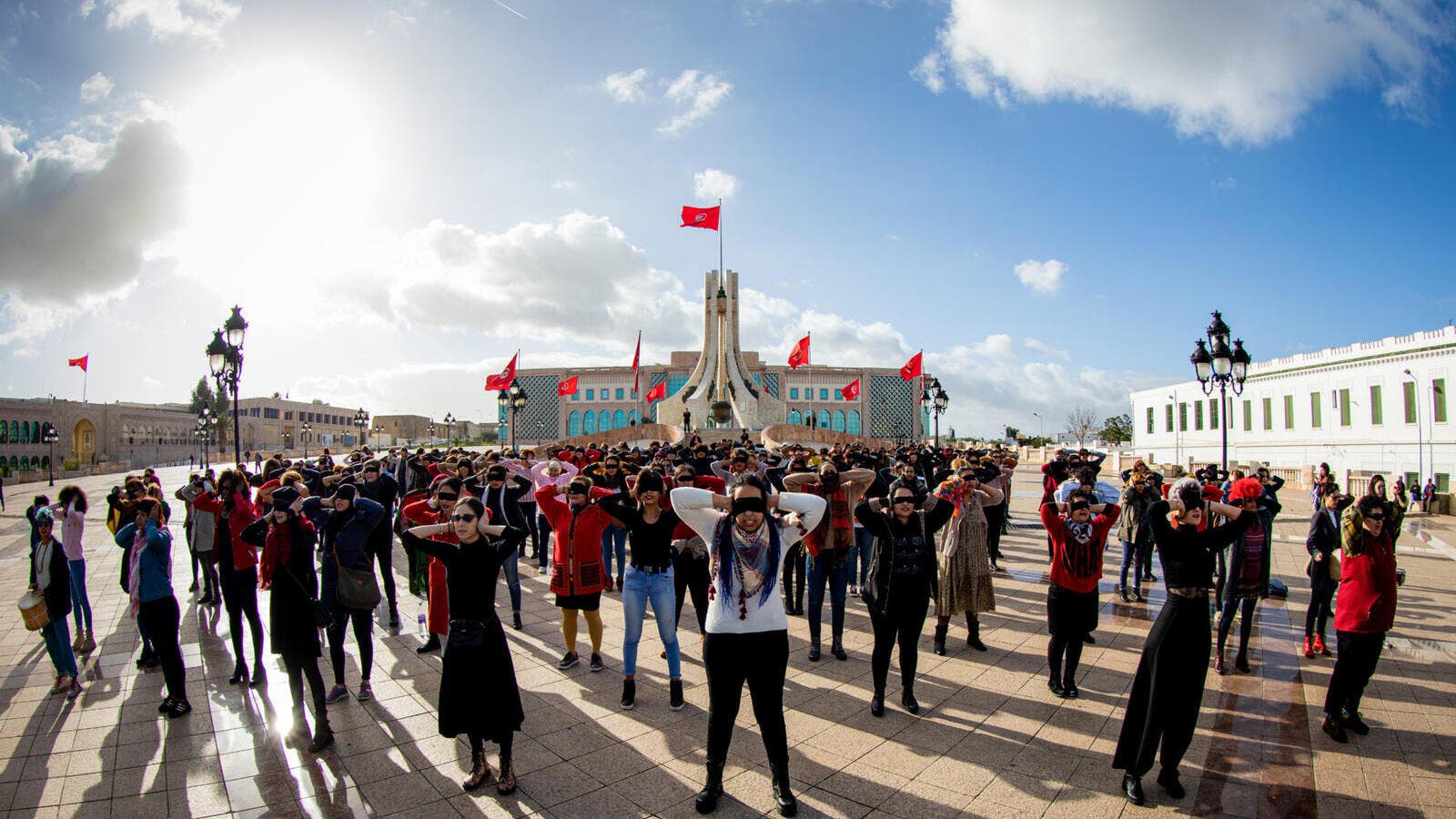 Chanting “the sexual harasser does not legislate,” activists tailored their demonstration in protest of gender-based violence in Tunisia.

Around 100 women took to the streets in demonstrations against sexual assault in Tunis. The protest was organized under the name “Falgatna”, which translates to “We’re fed up” in Arabic.

Watching this feminist chant travel around the world and into so many languages over the last two weeks has been a joy. Tunisia this time! https://t.co/va107Uuu28

“We thought that it was high time we start acting outside of traditional structures, such as political parties and other civil society organizations,” one of the campaign’s organizers said. “As individual citizens we should take charge of the defense of our rights and lobby against sexual violence in our country.”

The demonstrations were inspired by a viral anti-rape campaign entitled “A Rapist in Your Path” in Chile. Chanting “the sexual harasser does not legislate,” Tunisian activists tailored their demonstration in protest of gender-based violence and the “tolerant” treatment of sex offenders by the Tunisian justice system and law makers.

Blindfolded demonstrators pointed their fingers towards the prime ministry during their routine. “The sexual harasser does not legislate” was one verse of the song demonstrators sang, a reference to Zouheir Makhlouf. That incident sparked the #EnaZeda (#MeToo) movement with over 20,000 sexual assault victims who have been sharing testimonies of personal sexual abuse, harassment, and violence. Other lyrics chanted at the demonstration included “Patriarchy has ruled us since we opened our eyes,” “The fault Is not mine, neither in where I go nor in what I wear,” and “The rapist is you; he is a member of parliament and a policeman, he is a judge and president.”

Dozens of similar performances went viral around the world, including Paris, Madrid, Beirut and New York.