Despite polygamy being legal in Saudi Arabia, based on Islamic religious texts, yet it is still one of the most controversial topics in the Saudi community, especially amongst new generations. 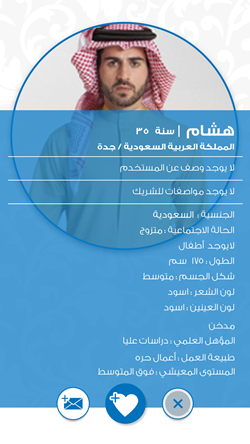 The latest example of social conversations over polygamy in Saudi has been triggered by the popular marriage application "Zawajcom" available to smartphone users, one that has been accused of "encouraging polygamy."

While many commentators attacked the app, saying that modern-day applications should not encourage polygamy out of respect for women, others suggested that it's a long-practiced tradition that does not go against religious rules, meaning it is only normal for the application to be open about it.

Translation: "Nothing wrong with marrying a second wife as long as he can afford it. God only allowed it because it's better for the society."

Translation: "Why do you sound like the application is promoting drugs? Polygamy is allowed legally, religiously, and socially after all. I hope every man gets to marry four women."

Some users even justified what they described as "the need for polygamy," saying that the increasing number of 30+ years old unmarried women "means that the society should reconsider polygamy again."

According to insidesaudi, at least half a million Saudi men are married to more than one wife, which has led to a 30% increase of divorces during 2020, after first wives found out that their husbands have remarried.

Saudi Twitter Surprisingly Progressive as ‘Marry a Second Wife if You Can’ Trends
Don't Be 'Selfish', Support Your Husband In Marrying a Second Wife: Saudi Paper
More Kuwaitis Take on a Second Wife Than Any of The Gulf States – Study
Tags:Saudi ArabiaKSASaudipolygamySocialmobile appApplication