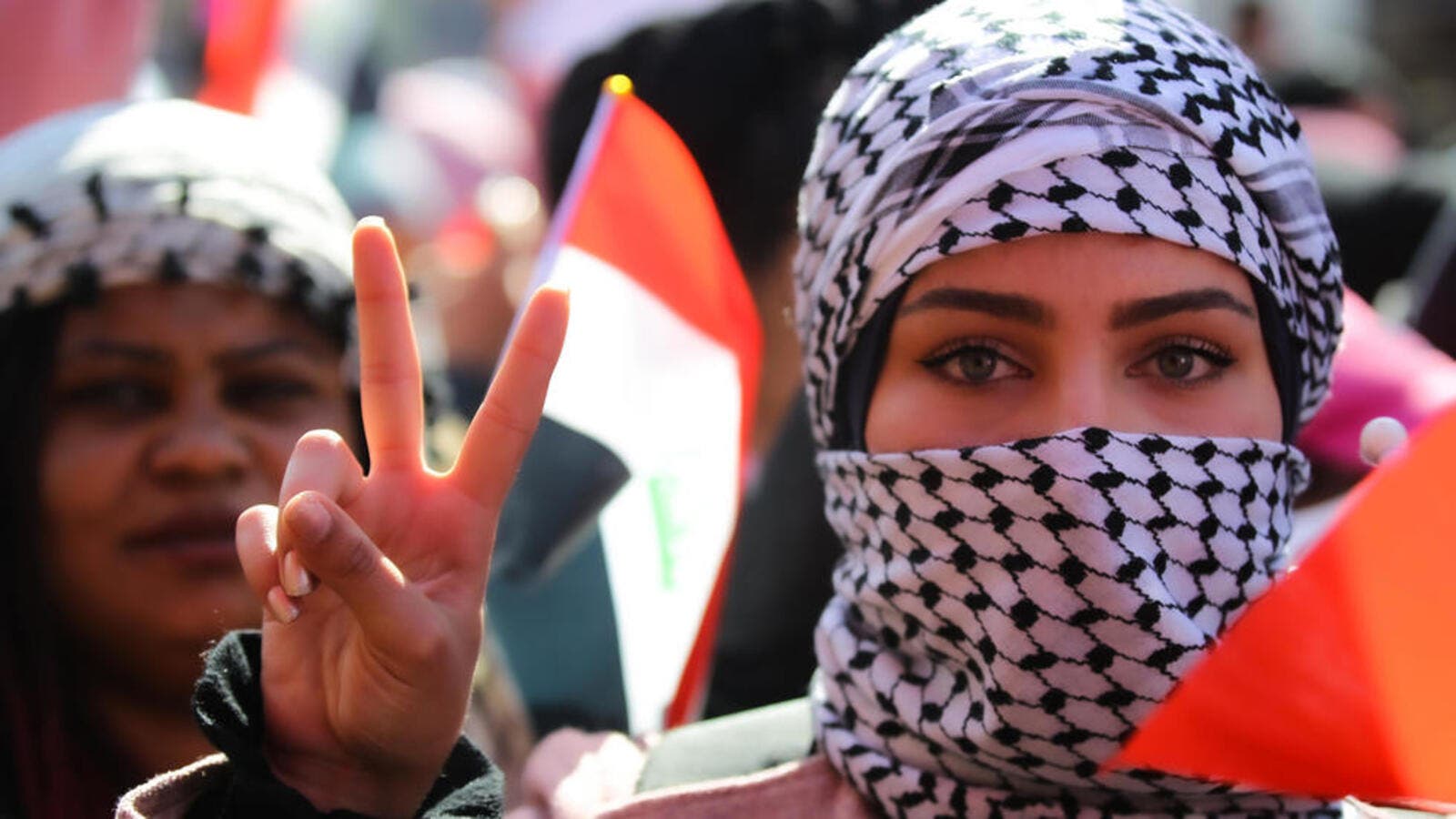 Hundreds of Iraqi women of all ages flooded central Baghdad alongside male anti-government protesters, defying an order by powerful cleric Moqtada Sadr to separate the genders in the rallies.

Iraqi women's march in #Baghdad
Despite the pressure of the Iranian mercenaries against them, but they united and chanting: Your voice isn't shame as you were told, your voice is the KEY to every revolution.#IraqProtests #Iraq #Iran pic.twitter.com/YAe2ACVbdc

Some were veiled, others not. Still more wrapped their faces in black-and-white checkered scarves. Most carried roses, Iraqi flags or signs defending their role in the regime change demonstrations.

They marched through a tunnel and spilled out into Tahrir Square, the epicentre of the youth-dominated movement in a country where vast regions remain socially conservative.

Iraqi women continue joining the protests DESPITE calls for segregation from Muqtada Al Sadr and his militants.

This is the type of energy that keeps me optimistic about the future of Iraq and the middle east.

"We want to protect women's role in the protests as we're just like the men. There are efforts to kick us out of Tahrir but we'll only come back stronger," said Zainab Ahmad, a pharmacy student.

"Some people were inciting against us a few days ago, seeking to keep women at home or keep them quiet. But we turned out today in large numbers to prove to those people that their efforts will end in failure," she said.

Zainab appeared to be referring to controversial cleric Moqtada Sadr, a powerful figure who first backed the rallies when they erupted in October but who has since sought to discredit them.

“Revolt, resist and smile because you are the nation, the revolution will be completed by you,” a poster says holding by an Iraqi woman.

This week, the militiaman-turned-politician had alleged drug and alcohol use among the protesters and said it was immoral for men and women to mix there.

And a few moments before the women's march began, Sadr once again took to Twitter to slam the protests as being rife with "nudity, promiscuity, drunkenness, immorality, debauchery ... and non-believers."

He said Iraq must not "turn into Chicago," which he said was full of "moral looseness" including homosexuality, a claim that was immediately mocked online.

Today the marching of students in #Baghdad were led by women. As it is shown in the footage by Saif karim, the women are loudly chanting anti-Islamic political parties slogans. We all need to admit that Iraqi women broke many barriers during these protests. #IraqProtests pic.twitter.com/u6DU5mnXHZ

While the numbers in Tahrir have dwindled in recent weeks, many Iraqi youth say the past four months of rallies have helped break down widespread conservative social norms.

Men and women were seen holding hands in Tahrir and even camping out in the square together. They linked arms to form a protective ring around the women as they marched for over an hour.

"Revolution is my name, male silence is the real shame!" they chanted, then adding "freedom, revolution, feminism!" Some of their chants were snide remarks at Sadr himself.

"Where are the millions?" some said, referring to the cleric's call for his own million-strong march to reject US presence in Iraq that saw much smaller numbers hit the streets.

The rallies have slammed Iraqi authorities for being corrupt, incompetent and beholden to neighboring Iran.

"They want us to be a second Iran, but Iraqi women weren't born to let men dictate to them what to do," protester Raya Assi said. "They have to accept us the way we are."

Strong Iraqi women protesting today for a better Iraq and inspiring us all. ❤