A Socially-Distant Political Protest? The Lebanese Have Done it.

Published April 22nd, 2020 - 06:27 GMT
The protest attracted many of Beruit's residents with a majority of them appearing with face masks that featured the Lebanese flag. (AFP)

Despite the months-long pause of Lebanese protests, people seem to have found a new way to express their discontent with the political elite in the country even during a pandemic. 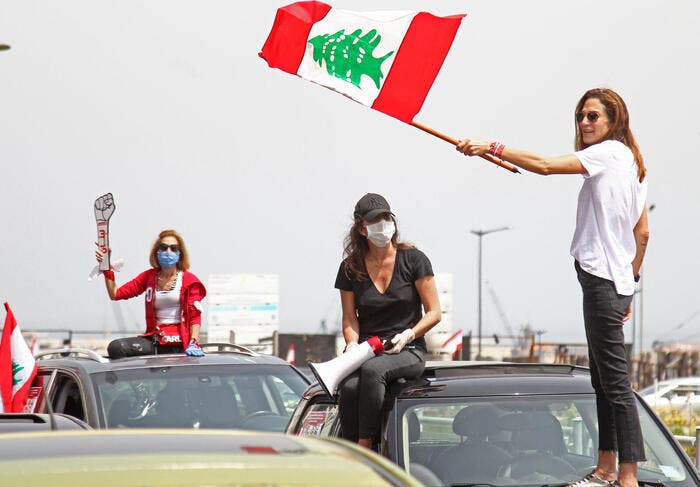 Three days ahead of a parliamentary session planned in Beruit's Unesco Palace to discuss coronavirus containment measures, anti-government Lebanese activists called the public to take part in an unusual kind of protest to voice out their disappointment with the government's policies.

Activists used social media to mobilize their supporters, asking them to head near the Unesco Palace using their cars to maintain social distancing measures and urged them to stay safe by wearing face masks and hand gloves and avoiding direct contact with others.

Translation: "Hundreds of cars all across Lebanon are honking against the political elite who has only worsened living conditions. This action is clear evidence that the revolution will be back soon and even stronger once the coronavirus crisis is over."

The protest attracted many of Beruit's residents, the majority of whom appearing with face masks that featured the Lebanese flag.

The Lebanese Health Ministry reported 0 new cases of the novel coronavirus on the 21st of April. Officials called on about 7 million residents of the country to stay in their homes, hoping that the country has overcome the peak of the outbreak.

Last October, protests had erupted in the country for several months with thousands of people demanding a new political system that can achieve better economic conditions in the country.