A Statue of a Paedophile Priest 'Overturned' in Poland 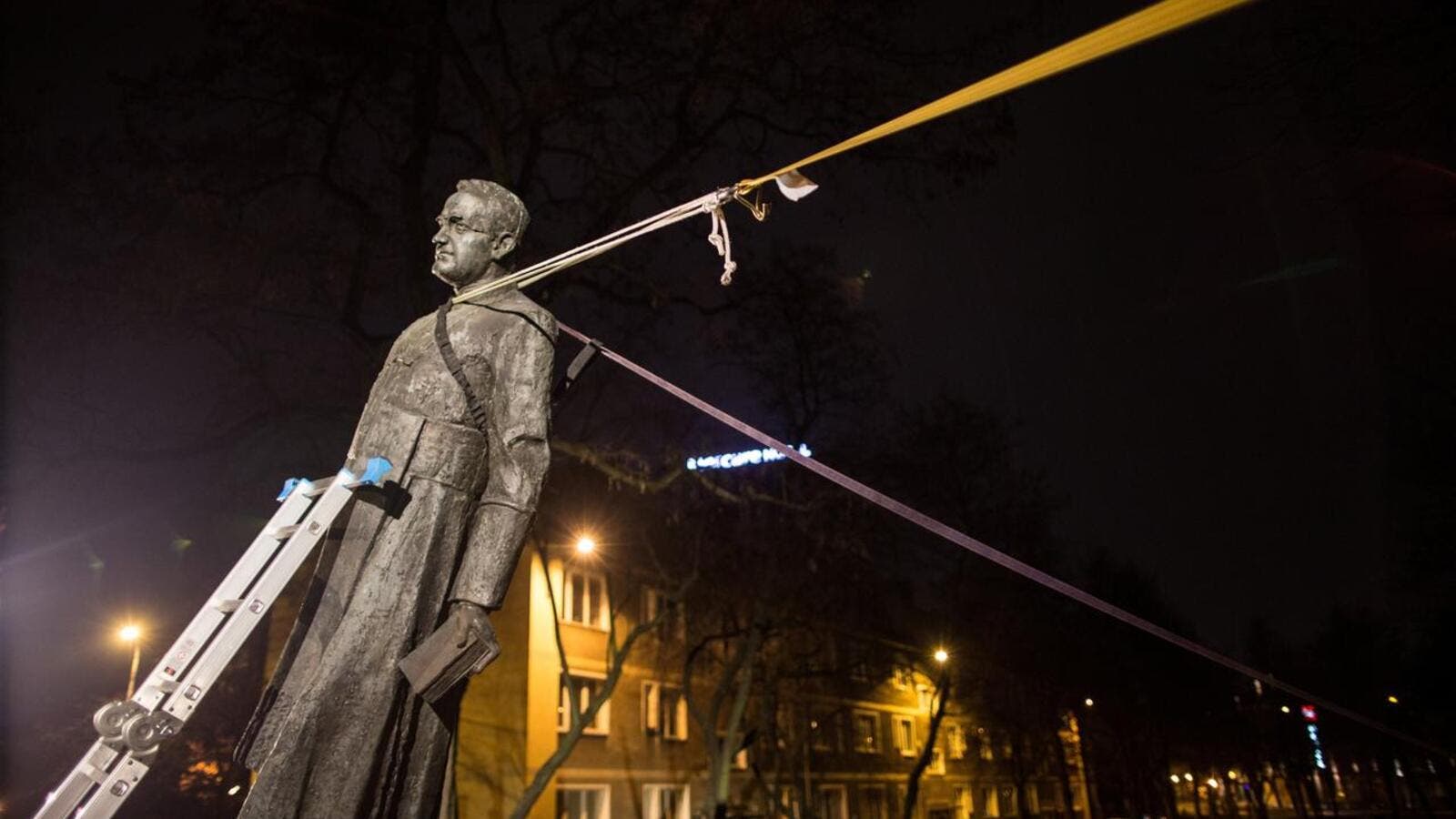 Video footage on social media showed three men using a rope to overturn the statue. They then draped it with underwear and altar boy clothing.

After the video went viral, Polish authorities has charged the the activists for overturning the statue of Father Henryk Jankowski, who died in 2010 and faced long-standing accusations of paedophilia.

Comment from discussion A statue of a pedophile priest overthrown in Poland.

An investigation into allegations of acts of paedophilia by Jankowski was opened but shelved in 2004. However, fresh claims of abuse against Jankowski emerged earlier this year, when a local news outlet published an article reviving allegations against church priests. After that article emerged, activists splashed Henryk Jankowski’s statue with red paint symbolising blood.

Comment from discussion A statue of a pedophile priest overthrown in Poland.

Officials said the activists had been charged with "disrespecting a statue and damaging it". The 3 men arrested over the statue toppling face up to 5 years in prison. The statue of Henryk Jankowski has since been restored.