Few hours after the fall of Kabul on Sunday August 15th, 2020, the Taliban militants started to impose their own rules in the area. 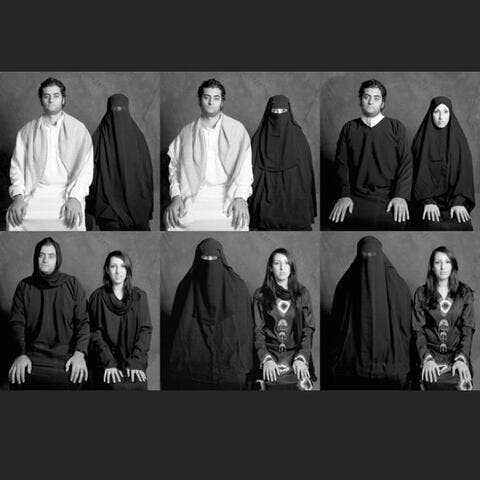 In the photo shared, a man was seen with a paintbrush hiding models' pictures in front of a woman's beauty salon.

Women activists and human rights advocates have expressed their worries and concerns over the Taliban's rough and strict restrictions that might be imposed by the Islamic group.

I’ve been up from 4am and watched the reports coming out of Kabul.

Precious people running to the airport

The faces of women already being painted over.

Sometimes there are no words. pic.twitter.com/KI4C8HnmqY

During the Taliban’s control of Kabul in the 90s, it has imposed strict restrictions and measures on women including forcing them to wear Burqa- which is a full veil that covers the female body and head in public places.

Furthermore, the Taliban prohibited females over 8 years of age from attending schools so many were secretly going to private ones.

Women will be allowed to leave homes alone and they will have access to education and work, but they will have to wear the hijab, a Taliban spokespersonhttps://t.co/KJCTC0i2zw

The Taliban spokesperson assured the BBC that women can access education and can still work, but they have to stick to Hijab. He also added Kabul will be under an 'Islamic government’.

On the other hand, Afghan’s first female mayor, Zarifa Ghafari, revealed that she is terrified as she is waiting for militants to come after people like her.

Our brave female journalists out and about in Kabul this morning ⁦@TOLOnews⁩ pic.twitter.com/tAC29Y2zIG

Moreover, brave journalists are seen on the streets of Kabul covering news despite possible fears that the Taliban militants may attack them for not wearing full Burqa and for working.