'They Attack Me Because They Can't Torture Me': Egyptian Human Rights Lawyer Becomes a Target 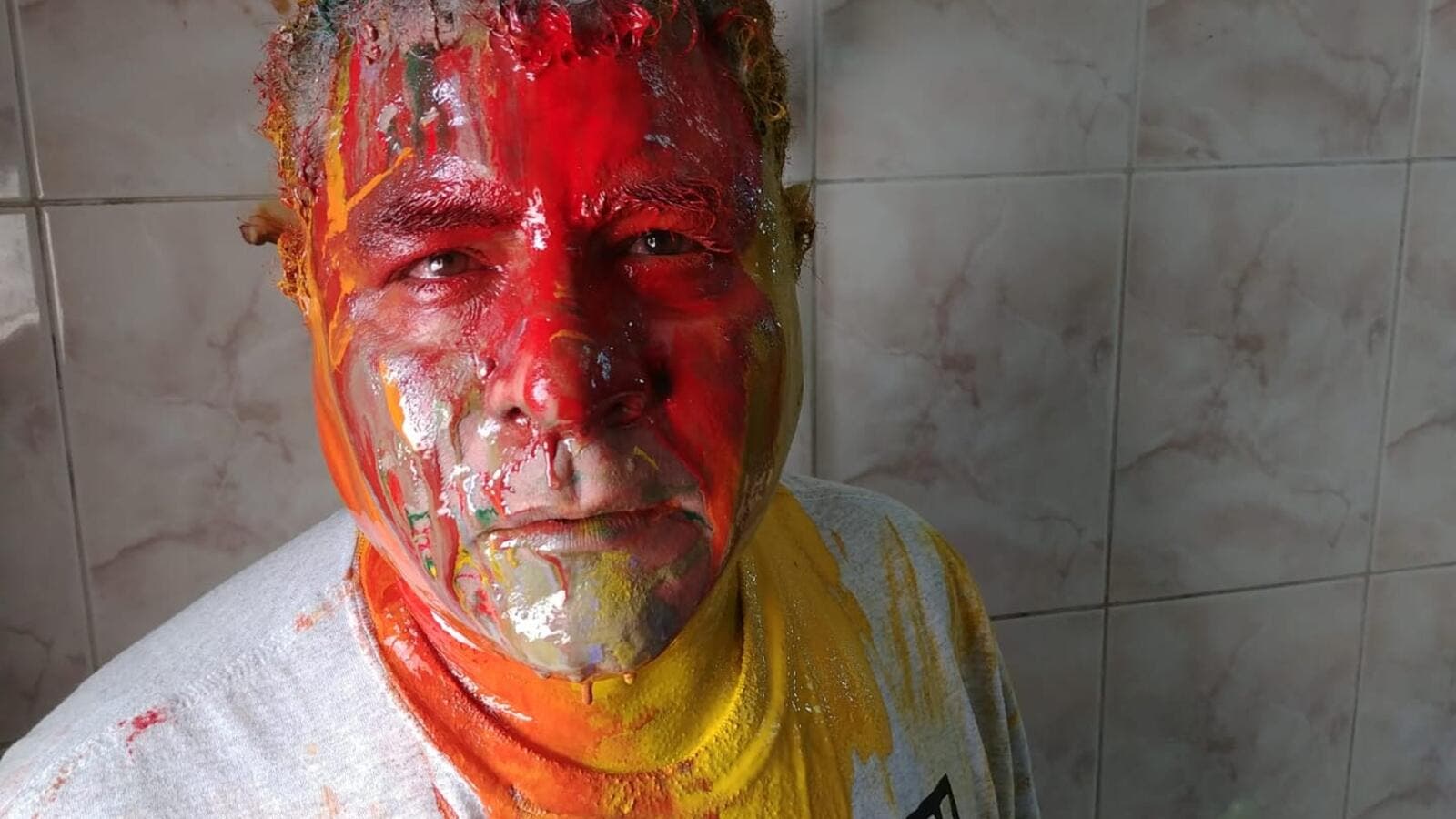 Eid was attacked twice since last October, and received phone calls asking him to "behave" (Facebook)

After posting a photo documenting an alleged state-sponsored attack against him, Egyptian human rights lawyer Gamal Eid became the target of a harsh campaign by supporters of President Abdel Fattah el-Sisi, who accused the prominent activist of staging the whole assault.

In a Facebook post, Cairo-based Gamal Eid who heads the Arab Network for Human Rights Information published a photo of himself covered in paint and explaining the alleged attack.

Translation: "About 10 or 12 men pushed me to the ground, and kicked me to stop me from moving, while others poured paint on me. Some of them used their guns to threaten people who tried to help me, while some others filmed me. They were all following orders of their "pasha". People were angry and recognized that they were officers. One of the passersby screamed "you criminal cowards." What helped me the most was my daughter hugging me and telling me, "you're stronger than them, Dad. The only way to handle these gangs is to resist them and speak out against them." Down with the security gang."

According to Human Rights Watch, armed men in civilian clothes also attacked Eid last October, "leaving him with cracked ribs and other injuries."

Eid said that he then received threatening calls and a text message telling him to “behave” several week later, only to discover that his car was subsequently vandalized, according to the report.

After the latest attack, Eid tweeted that the Egyptian forces had failed to torture him to death as they had reportedly done to Italian student Giulio Regeni in 2015. Instead, he says they try to silence him with attacks.

I think they do not want to repeat the scandal of torturing Julio Regeni to death, so they resorted to attacking me one time after another https://t.co/NyZbNWJgzp

This despicable attack against our @IFEX colleague Gamal Eid only fuels our determination to demand justice and accountability from Egypt’s President for the ongoing human rights violations aimed at those, like Eid who defend freedom of expression. https://t.co/znbitJAjGW

Gamal Eid is probably Egypt's most well known Human Rights Lawyer. Just a few years ago, the government froze his personal assets, and confiscated his passport so he could not leave the country.

While he received lots of support on social media, Eid was heavily attacked by pro-Sisi users, who said that they do not believe his narrative and that he must have staged the whole thing, in order to draw sympathy from international human rights organizations, and maybe receive financial support from them.

Translation: "Shame on you for believing this idiot childish narrative. Can't you see that he's wearing a T-shirt in the winter and that his picture is being taken in a kitchen or a bathroom? Even if you feel sorry for him, you have to use your senses."

Translation: "Gamal Eid removed my comment and blocked me because I pointed out the fake attack he staged. It's more of a Halloween party on his Facebook account, so he receives money from Freedom House and other funds, playing the oppression card..."

Translation: "I thought you turned into an Egyptian Joker, Mr. Gamal."

Translation: "It's too early for Easter"