After days of protests in the Old City of Jerusalem following harassment of extremist Jewish groups to the city's Muslims observing the holy month of Ramadan, a video has gone viral showing Israeli police officers beating an unarmed Palestinian with excessive force. 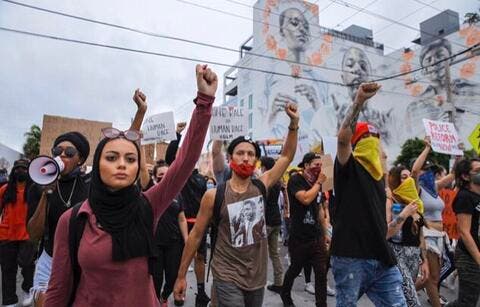 20 Palestinians shot in Jerusalem, many others injured, including a female journalist and cameraman.

While online commentators widely shared the video condemning police violence, many social media users drew comparisons between the video and others often reported from the US, where police officers face accusations of excessive force with African Americans, pointing out "racism" in both scenes.

Any loser calling you an antisemite for calling #Israel a racist apartheid state show them this.. & much more. This is ongoing racist oppression of Palestinians fully enabled by their state & army as will never be shown by @BBCNews @SkyNews etc https://t.co/OjqKhthu79

Is there any wonder why Israel is the US’s biggest ally....Israel is a racist apartheid state... https://t.co/jegfRjPwkn

According to several media sources, at least 105 Palestinian protestors have been injured, in addition to 20 Israeli police officers.

For several days now, Palestinians have started nighttime protests against police restrictions due to COVID19 amid the holy month of Ramadan. Protests have been fueled by extremist Jewish groups who assembled in the Old City of Jerusalem two days ago, chanting "Death to Arabs".

Hundreds of right-wing Israeli Jews are roaming the streets of Jerusalem tonight, chanting "Death to Arabs" and searching for Palestinians to assault. Their actions echo the racist and violent rhetoric of Israeli government officials:pic.twitter.com/Ag9hHGAhNs 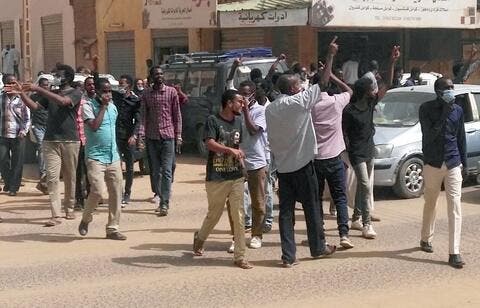 Israeli Jewish fascists are attacking the homes of Palestinians in the Old City of Jerusalem. All night long Jewish groups have been roaming streets, shouting death to Arabs. Can you imagine the fear? pic.twitter.com/t8pufxK04Q

Responding to the news, the Israeli Prime Minister has called "for calm", especially after militant groups in Gaza have pledged support for Jerusalemites, which triggered at least 36 rocket attacks from the Gaza Strip against Israeli southern towns on Friday night. However, no injuries have been reported by the Israeli side so far.