US President Donald Trump seems to have landed under online attacks after a post featuring a white victim dubbed as the "MAGA martyr" who was shot during the violence that erupted in Portland, Oregon on Sunday following a pro-Trump rally in the city. Commentators argued that he had never acted so quickly condemning the death of other victims of violence or police brutality, especially black ones.

The tweet was shared by Trump only a few hours after Jay Bishop was pronounced dead; as a result of a shooting believed to have been carried out by an anti-Trump militant. Bishop was later identified as a member of the right-wing Patriot Prayer group.

Stirring controversy, the tweet has urged social media users to accuse Trump of "engaging in decisive politics," saying that he never expressed similar sentiments towards victims, who were targeted by his supporters or black people shot by the police and who are often highlighted by Black Lives Matter supporters.

This is example #1,001 of Trump engaging in divisive politics, using someone's death to further fuel tensions.

Trump is a disgrace.

Last week, two individuals were killed during protests that took place in the Wisconsin city of Kenosha after black 29-years old Jacob Blake received 7 bullets in the back after a policeman fired at him at a close range near his car.

The two victims, who were killed that night were believed to have been shot by 17-years old Kyle Rittenhouse, who was filmed as he approached protesters carrying a gun and wasn't arrested until the next day in response to public outrage. 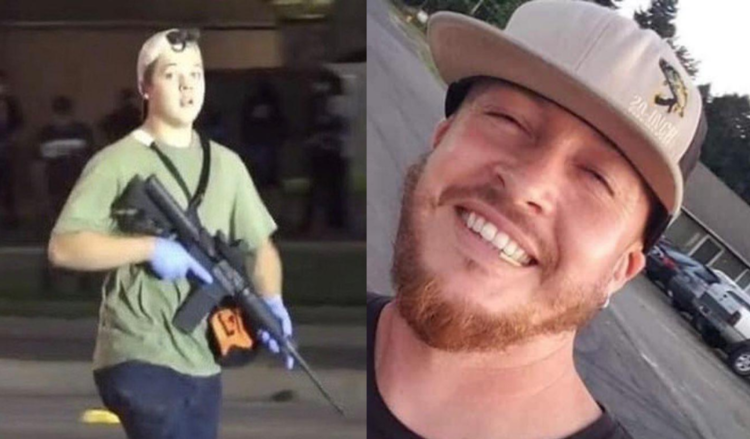 WARNING: GRAPHIC CONTENT - A teenager was arrested and charged with homicide in connection with gunfire that killed two people and wounded a third during protests over the police shooting Jacob Blake in Kenosha, Wisconsin https://t.co/Hqi2nZuTMt pic.twitter.com/CjvgZiMlgK

Getting things even more debatable, Trump refused to condemn the actions of Rittenhouse, saying that the teenager, said to be connected to right-wing groups, "was defending himself."

President Trump was asked directly if he would condemn the actions of the 17-year-old who fatally shot two people protesting the Kenosha police shooting of Jacob Blake. The president declined to condemn the gunman's actions.

This is beyond reprehensible. pic.twitter.com/1Sdn8Eb4lO

Donald Trump's job is to be the president and protector of all Americans, not just the ones who support him.

He's not up to it and he never will be.

Trump's stances in regard to black people have also been the subject of several conversations lately, especially as one of the 5 black young men, who were wrongly accused of gang rape in NYC's Central Park, co-authored a book about Trump's attempts to get him and his fellows executed before they were found innocent 7 years later.

Nobody should be getting killed in any protest.

Condemning the death of Jay Bishop is correct.

But only if you condemn the deaths of the two victims shot by Kyle Rittenhouse too.

The hypocritical response from Republicans because it was someone on ‘their side’ is sickening...

He wanted children to be hang from a tree, mind you! Back then these were African American children. I believe the oldest was 17yrs old. That's the kind of racist psycho at the White House. Republicans want 4 more yrs of this indifferent maniac go figure. https://t.co/zvkJqjHemo