Who Are the Twitter Trolls Trying to Discredit Outspoken Critics of Algeria's Elections?

The hashtag #زيطوط_خائن which translates to Zitout is a traitor in English, has been trending on Twitter after former Algerian diplomat Mohamed Zitout spoke out against December elections in the country.

Translation: "A massive crowd in all parts of the country reflects the people's determination and rejection of the elections, despite the crackdown campaign of arrests, intimidation and harassment against citizens. God bless freedom of the people."

The Hirak protest movement in Algeria that took down former president Bouteflika in April has evolved since it first began in February.

Protesters today reject the upcoming elections on account of the five candidates having ties to the same political elite that tainted Bouteflika's presidency.

Meanwhile, counter demonstrations were organized to compete with the Hirak protesters' demands to scrap the vote. Authorities have also been accused of cracking down of protesters with reports of arbitrary arrests and human rights violations.

Mohamed Zitout describes himself as a political rights activist but there is also speculation by some that he might have ties to the Muslim Brotherhood or that he might be exploiting the situation in Algeria to his benefit.

The trending hashtag against him was populated with tweets calling him a traitor and a snitch.

A bastard named Zitout wants to ignite the fire of sedition inciting those who are against the elections from our community to harass those who want the election.He wants a clash between the people so we must be one and say that we all brothers and Algerians AssHole #زيطوط_خائن pic.twitter.com/c2ROGwdxwD

A lot of Algerians are following this man, but all of what he's doing is spreading hate, Influencing people to commit aggressive acts against Elections, BE AWARE BEFORE IT'S TOO LATE DON'T BELIEVE EVERYBODY, ALGERIA ABOVE ALL#زيطوط_خائن#اضراب_8_ديسمبر #zitout_traitor

But a digital analyst on Twitter who examined the accounts and tweets posting under the hashtag found them to be suspicious.

2/ This trend is dominated by suspicious accounts. I downloaded about 5,975 interactions/tweets by around 2,640 accounts. I then analysed these accounts to see if any were bots or trolls. 838 or 14% of the accounts were created between Sept 2019 and Dec 2019. pic.twitter.com/B69jTBb1ch

The Doha-based Mid East studies professor discovered that many of the accounts were created between September and December of this year.

He also found that 154 of the accounts tweeting under the hashtag #ZitoutIsATraitor were created on December 8th, the very same day the trend began.

5/ So what we are seeing is a continuation of a suspicious influence campaign trying to get Algerians to vote in the elections, or denounce those who criticise the vote. This propaganda/deception/influence network has been around since September 2019 and is still active.

A closer look at some of the accounts reveals that are either brand new or share posts strictly condemning Zitout or supporting elections. 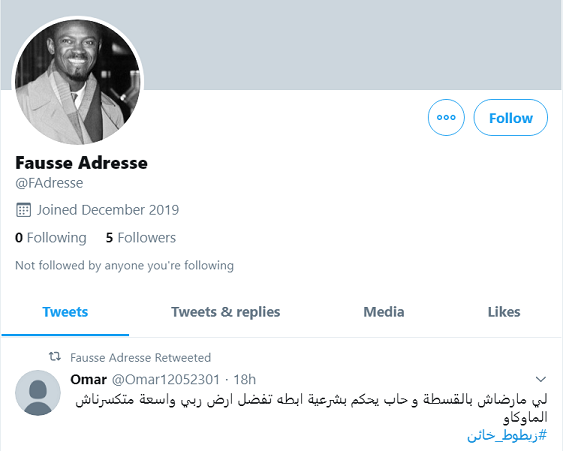 A number of them have a very small following and limited number of tweets, indicating that they might have been set up strictly for the purpose of making the topic trend. 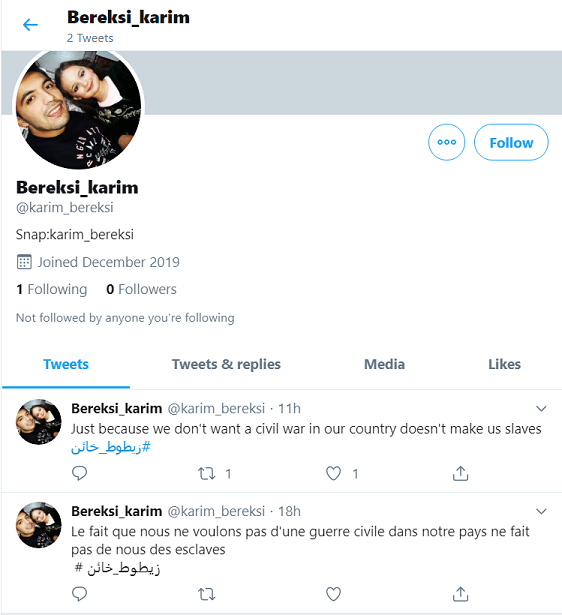 Mohamed Zitout was a diplomat based in Libya before emigrating to the UK during the Algerian civil war and has been critical of the Algerian government ever since.

Report Claims Khashoggi Murderers Received Paramilitary Training in the US