Why are People so Furious About a Photo of Ellen DeGeneres Laughing with George Bush? 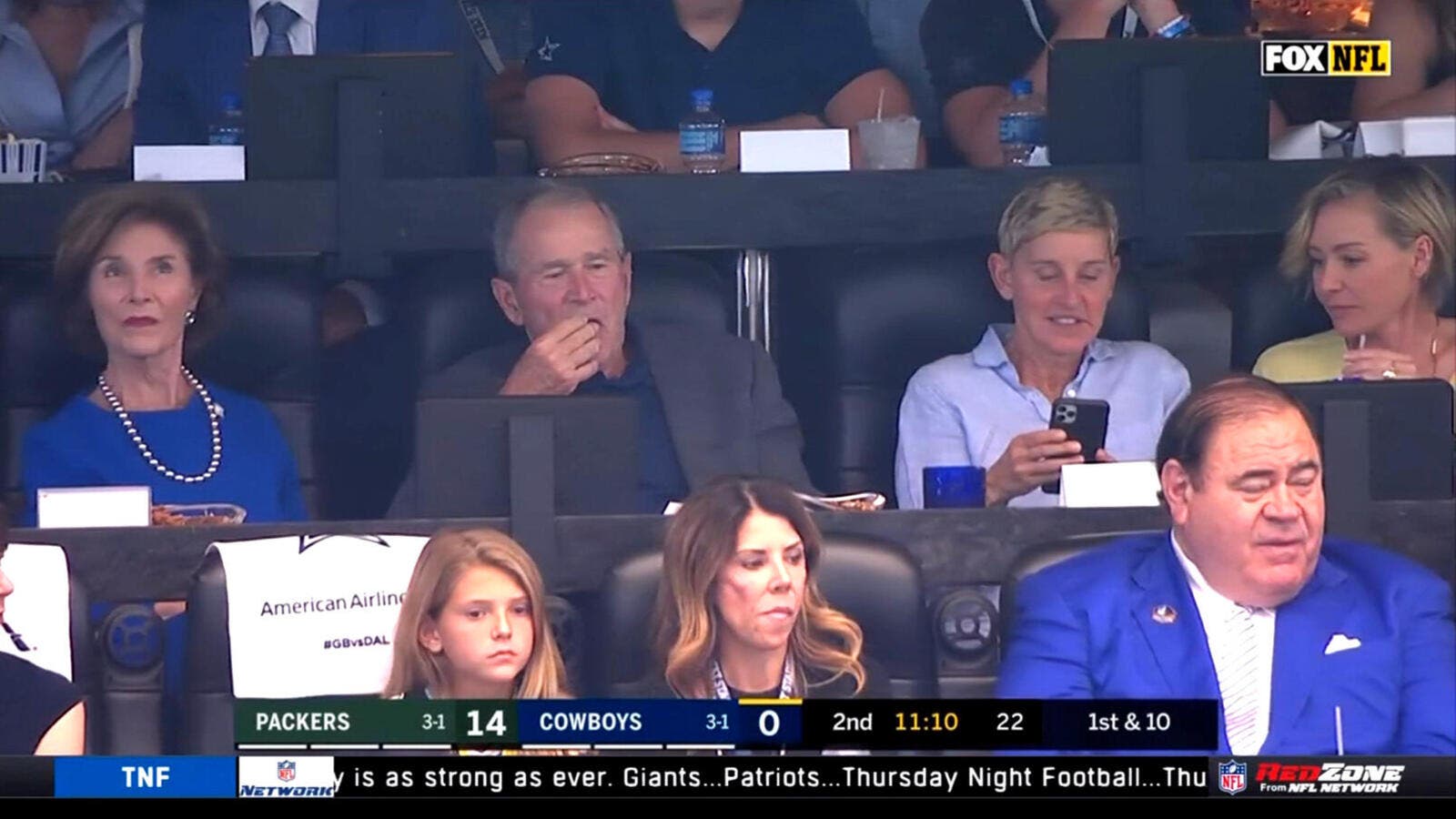 TV host Ellen DeGeneres with the former president of the United States George Bush at an American Football game in Texas.

A photo of Ellen DeGeneres ‘laughing it up’ with the former president of the United States George Bush went viral, and the Internet has mixed reactions about it.

Ellen DeGeneres laughing it up with someone who has actively tried to harm our community feels disappointing, irresponsible, and dangerous. https://t.co/tgGfmCGQ5A

The pair were spotted together at an American football game in Texas. The TV host and the former president were spotted sitting side-by-side, laughing together in a private box at the stadium. The incident has sparked anger among social media users who criticized "America’s most famous queer woman" for spending time with the "man who backed a constitutional ban on gay marriage."

This is not DeGeneres’s first controversial incident. Earlier this year, she pardoned Kevin Hart on behalf of the LGBTQ+ community, after his old homophobic tweets resurfaced.

It’s easy to be snippy about how Ellen has always sucked but some of us are old enough to remember watching her give up everything so that women could kiss each other on television. I watched that kiss live, and it was important for me, and it’s sad to see how she’s turned out. https://t.co/RvHNHcJbzl

But some shared a different perspective, suggesting that the backlash is more harmful to inclusiveness.

Really, OUT? This is the type of rhetoric you want to put out there? W was not the most LGBTQ friendly, but who was in 2001-2009? A lot has changed, including W’s own beliefs. Him sitting with Ellen is proof that strides have been made.

DeGeneres made light of the situation on her show, calling for more tolerance and kindness while sharing "the whole story" with her viewers.

"During the game, they showed a shot of me and George laughing together. And so, people were upset," DeGeneres said. "They thought, 'why is this gay Hollywood liberal sitting next to a conservative Republican president?'"

"Here’s the thing," she added. "I’m friends with George Bush. In fact, I’m friends with a lot of people who don’t share the same beliefs that I have. We’re all different and I think that we've forgotten that that’s OK." DeGeneres continued: "When I say 'be kind to one another,' I don’t mean only the people that think the same way that you do. I mean be kind to everyone. Doesn’t matter."

. @TheEllenShow explains how she ended up in Jerry Jones’ box this weekend (she was a guest of his daughter) at the Cowboys/Packers game.

And she also talks about her friendship with former President George W. Bush pic.twitter.com/7MGIoyCba4

She explained that Charlotte Jones, the daughter of Cowboys owner Jerry Jones, invited her and wife Portia de Rossi to sit in Jones' "fancy" suite at AT&T Stadium.

DeGeneres said they all had "so much fun" that afternoon despite their differences of opinions … on football that is.

"When we were invited I was aware that I was going to be surrounded by people with very different views and beliefs. And I'm not talking about politics. I was rooting for the Packers," she joked, adding that she hid her Cheesehead Hat in her wife's purse.

DeGeneres concluded her message by reminding Bush: "You owe me $6 for the nachos."

[leaves out the part about him being a war criminal] https://t.co/LHJe9M1LHw

Ellen’s comeback echoed her message of kindness and love toward everyone regardless of their background. However, people are persistently arguing that as an activist and an advocate for human rights and the LGBTQ+ community, DeGeneres has made a mistake by hanging out with George Bush who they described as a "war criminal."

Just Ellen Degeneres hanging out with her buddy George W. Bush who slaughtered over a million human beings by launching an illegal war against #Iraq on a pack of lies. How adorable. https://t.co/OmUiva0qkG

Many have snapped back in defense of Ellen, however, saying that people shouldn't have to shun one another simply because they disagree politically.

Actually they are doing what we all should be doing, being friendly to one another and enjoying themselves. There’s too much polarization. People can be friends though they may disagree on various issues.