Why Is It so Surprising That a Muslim Woman Defended a Jewish Family from Anti-Semitic Harassment? 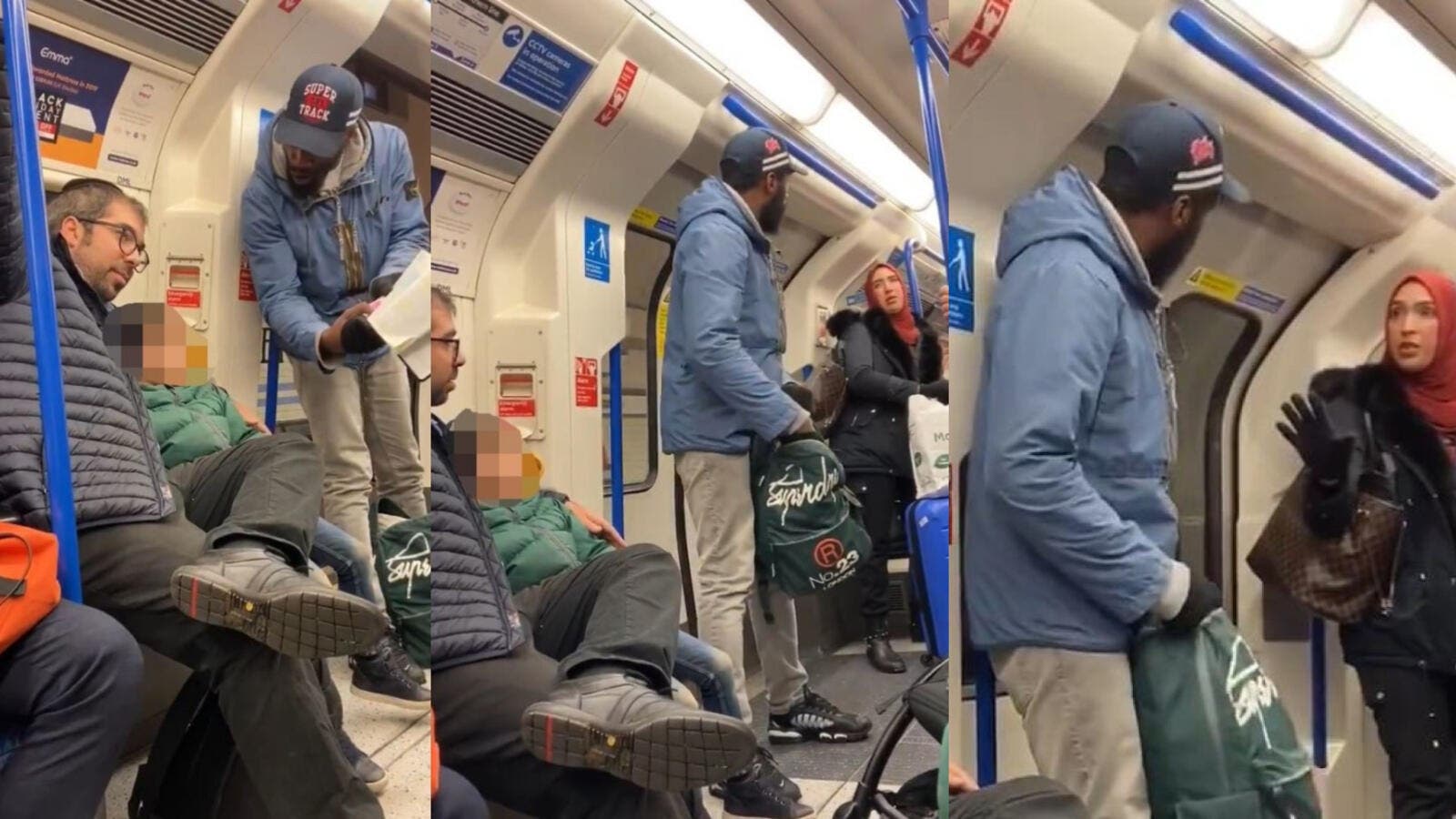 A video of a woman defending a Jewish family who were the target of anti-Semitic harassment on a London subway went viral on social media.

The incident showed a man aggressively reading anti-Jewish passages from the Bible to two young boys wearing skullcaps. The man is seen shouting over one of the children as an adult passenger, who appears to be the father, calmly puts his arm around the shell-shocked boy and distracts him, saying “just ignore him.”

A Muslim Woman came to the defense of a Jewish Man and his son against antisemitism.

She says as a Muslim woman & mother she knows what it feels like to be attacked and dehumanized for her faith.

When asked about the incident, Asma, said that when she saw what was happening she knew she had to confront him.

Bless both the people for drawing him away from the family. What is wrong with people?! Thankful for allies.

It was brave in this climate of anti- Muslim rhetoric for this woman to speak out. Good for her!
Dad set a great example for his son about staying calm and don't argue with a crazy person.

Many online praised the woman's bravery, particularly as Muslims are sometimes stereotyped as anti-semitic.

But for Asma, being targeted for her faith is a familiar experience and standing up for someone in the same circumstances was second nature.

"I know what it's like to be attacked and dehumanized for my faith and couldn't just watch and see this happen to another family," she said.

Asma said that the family was traveling with three children, and she wanted to deflect the man's attention away from them. The harasser is subsequently heard making offensive remarks to her.

"I would have loved more people to come up and say something, because if everyone did, I do not think it would have escalated in the way that it did," she added.

I would have offered to switch seats with that family. It's disgusting when people have no regard for children, that man showed zero considerations. It exposes his complete disconnect and negates any argument he was attempting to make. An anti-Semitic sociopath.

Believe whatever religion you want to believe in but DONT EVER attack a child. A child is pure and is loved by GOD. God loves EVERYONE. No religion is needed to point that out. Hate is not a reflection of that love.

Since the circulation of the video, the British Transport Police have launched an investigation into the incident and are appealing to the public for information.

Officers later confirmed that a man had been arrested on suspicion of a racially aggravated offence.