Why Was a Spanish Journalist Beaten in Istanbul?

Two days ago, Spanish journalist lluís Miquel Hurtado who works for the EL MUNDO daily took to Twitter to detail a physical attack he was subjected to in the Turkish city of Istanbul, saying he was beaten by Turkish individuals who "had believed he was a Syrian national". 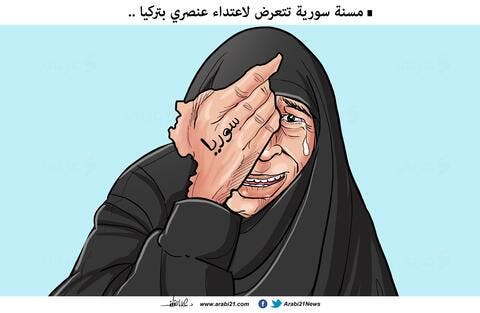 In a series of five tweets, lluís Miquel Hurtado explained that the attacks against him and his wife in Istanbul were a "xenophobic" one, saying that three young Turkish individuals had stopped him for nearly 10 minutes trying to provoke him before throwing a lit cigarette at them and beating him up.

Translation: "Three Turkish kids just gave me the beating of my life in Istanbul. They spent ten minutes trying to provoke me and ended up throwing a lit cigarette butt at my wife from a car license plate 06CLJ556. We are fine. The resentment in this country, which we adored, is hard to contain.

About the xenophobic attack last night: I have deleted the English tweets because 70-80% of answers from so-called Turks justified it by saying we look like Syrians or Afghans or accused me of being a CIA agent. A few used me for political causes that I disassociate myself from."

Hurtado then explained that their injuries are limited to several head bumps and "rage", thanking other Turkish individuals who had helped them following the attack. 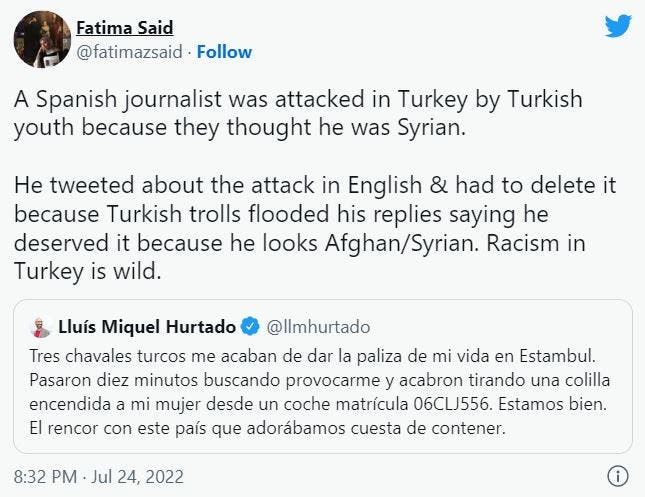 The EL MUNDO journalist who is a Spanish national said that he removed his English tweets after they drove multiple Turkish commentators who had said that lluís Miquel Hurtado and his wife were "mistaken for Syrians or Afghans" as a justification for the attack. Others had accused him of being a "CIA agent".

This foreign journalist and his family were beaten up by the Turks in Turkey, who considered him a Syrian or perhaps an Afghan refugee.

This #Turkish racism against refugees, especially Syrians, is "abhorrent".
what a shame#Syria https://t.co/JEqQSSNv7D

Hurtado then proceeded to discuss the many reasons he believed led to the attack, saying that the worsening economy in the country that hosts millions of refugees from Syria and Afghanistan had "built up anti-foreign sentiments in many Turks", one he said was "fed by the political opposition". 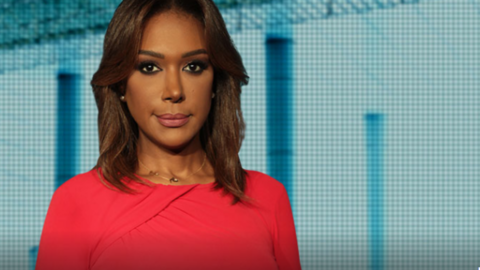 Translation: "During their visit to Istanbul, a Spanish journalist and his wife were harassed and beaten because they are foreigners. Xenophobia has nothing to do with nationalism or patriotism. They only attacked this man because they can. It is a disgrace that they did."

In response, many Turkish people shared Hurtado's tweets and condemned the attack against him, saying it "hurts Tukey's image as a welcoming country", while others weighed on the rising sense of racism against non-Turks in the country, citing similar incidents against Syrians in recent months.