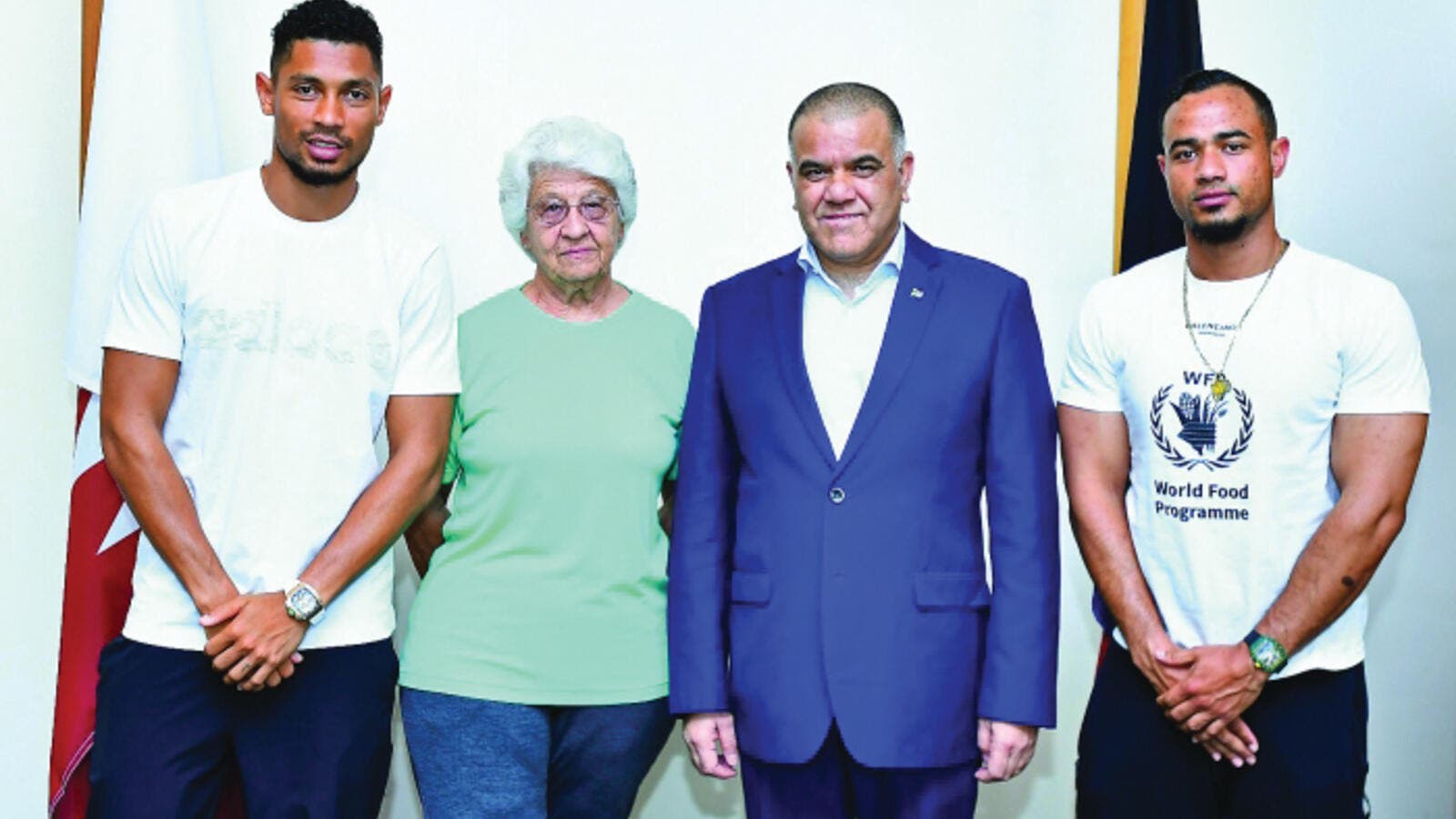 After conquering the world in Beijing in 2015, a 24-year-old star announced himself to the Olympics in Rio when a fresh-faced Wayde van Niekerk glided from a difficult lane eight -- obliterating Michael Johnson’s 17-year-old 400 metres record with a time of 43.03.

He became the first man to win the Olympics or world 400 metres from lane eight and also holds the world-best time in 300 metres.

Wayde, born in Cape Town, South Africa was just getting started and a year later at the 2017 World Athletics Championships in London, the sprinter successfully defended his 400 metres world title, while also claiming a silver medal in the 200m.

With the world at his feet, Wayde’s career hit a setback. The South African suffered a freak anterior cruciate ligament injury while playing a celebrity rugby match. Wayde underwent surgery in the United States, followed by six months of rehabilitation in Doha at Aspetar.

The injury has threatened the 27-year-old’s career and doubts remain over whether he will be able to reach the pace he had before the injury.

But legendary coach Ans Botha says Wayde is looking forward to making his return which could likely be at the 2019 World Championships in Doha.

At an event to host the athlete by the South African Ambassador to Qatar HE Faizel Moosa, the coach Botha who is fondly called Tannie Ans by her athletes said, “At this stage, we are really unsure. We are still waiting for the tests, but at the moment it is unsure, I can’t say,” Botha said of Wayde participation in the upcoming World Championships.

“Not only for me as a coach but for the athlete, it’s really heart breaking. But I believe something like this doesn’t happen for nothing. Wayde and I see it as something which needed to happen to make us mentally stronger and get our lives in line again.

“After Beijing, Rio and and the double in 2017, Wayde was mentally drained. “In 2017 in Italy where our base is, we both talked about skipping 2018 just for him to rest, but we didn’t have to decide that because (the injury) decided for us. We see it (the injury) as an opportunity to get our lives together again,” she added.

Botha, who was named International Association of Athletics Federations (IAAF) coach of the year in 2017, said for now, Wayde’s recovery is day-to-day.

“As a coach, you have to know your athlete, and his body tells you when to push and when not to. Sometimes the body is okay but the athlete is mentally tired. We take it day-to-day, give the injury proper time and be patient. If the body tells us to slow down we will do that but as time goes on, we will adjust to that.”

The former Namibian athlete, who started coaching Wayde in 2012, and decided to take the sprinter off the short distances added, “Off the track I’m his mother and on the track I’m his coach. With the injury, his pain is your pain as a coach and his disappointment is yours – but I have to be strong and positive and not allow my “disappointment” and pain which I feel for him to be carried out to him. I have to be strong and be there for him and support him.”