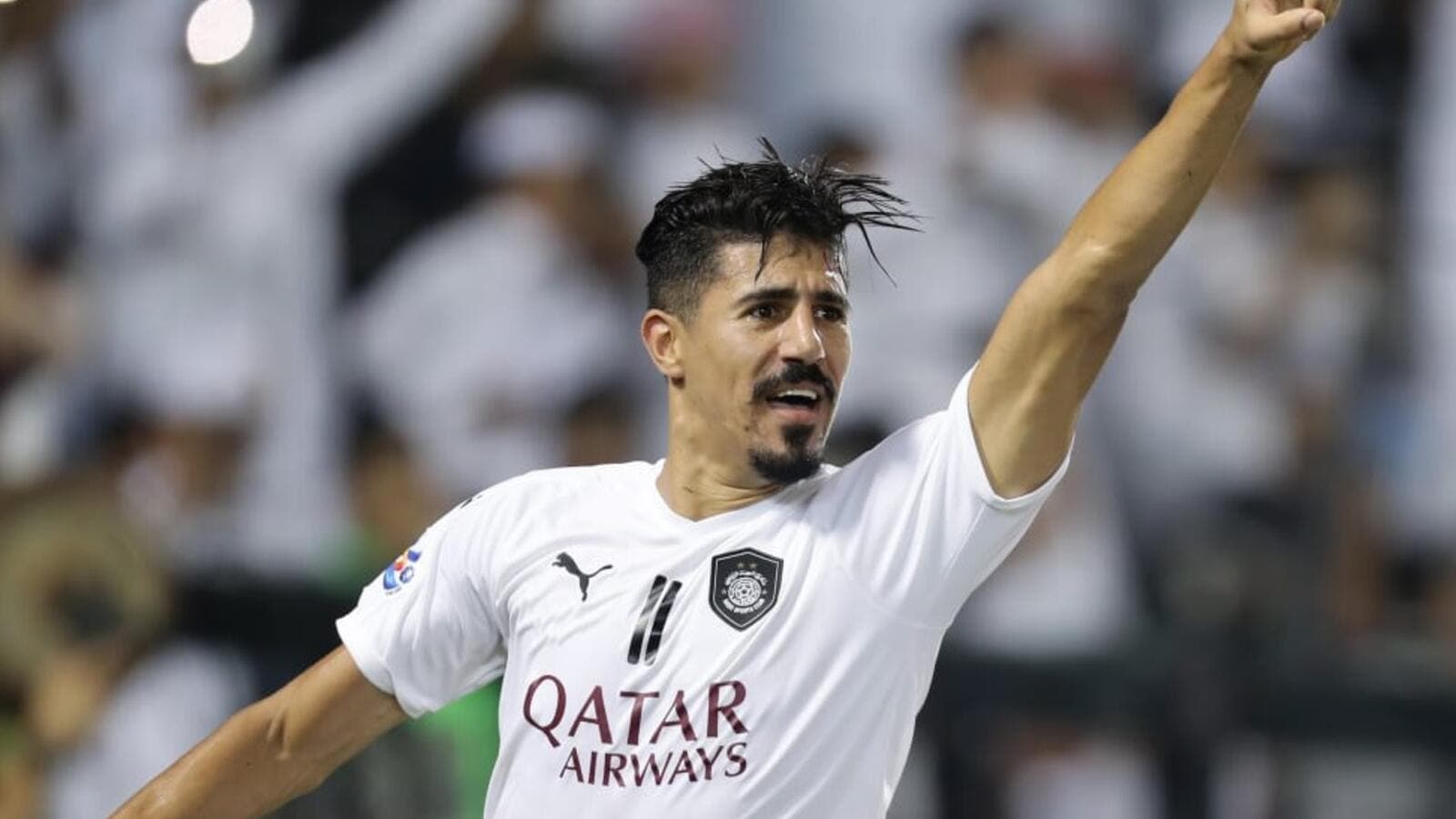 Having won each of their four home games in the competition so far, Xavi’s Al Sadd needed to extend the run if they were to secure a last-four place, having lost 2-1 in Riyadh.

From the start, Al Sadd made their intentions known as skipper Hassan Al Haydos came close to finding an early opener on two occasions.

The midfielder collected Akram Afif’s short corner and rifled from an angle, but Al Nassr’s Australian goalkeeper Brad Jones punched it away.

A series of failed clearances saw the ball fall back to Al Haydos seconds later, but he fluffed his lines with only Jones to beat and the goal would have to wait.

Top goalscorer for his side in the 2019 AFC Champions League, Giuliano had a golden chance to add his seventh of the campaign halfway through the opening half after Nordin Amrabat sent him through on goal, but the Brazilian’s finish was uncharacteristically tame, and Saad Al Sheeb held onto the ball.

When the first goal of the night finally arrived, it was Afif who got on the scoresheet for the third time in Al Sadd’s last four games.

The midfielder started an attacking move down the right, supplying Baghdad Bounedjah who released Nam Tae-hee down the left and the Korean crossed for Afif who was left with the simplest of headers to put Al Sadd in front in the 26th minute.

The visitors needed no more than seven minutes to get back into the game after Hamdallah was fouled at the edge of the Al Sadd penalty box.

The Moroccan stepped up and took the resulting free-kick himself, his strike took a deflection off Gabi and nestled into the back of the net, leaving the goalkeeper wrong footed and helpless to rescue.

As Al Nassr attempted to build from deep, the midfielder intercepted a forward pass and exchanged passes with Nam before hitting a thunderous strike with the outside of the boot that flew into the top corner, beating Jones to level the scores on aggregate.

With just 10 minutes left on the clock, a perfectly weighted first-time through pass from Al Haydos set up a one-on-one chance for Afif, and before he could apply the finish, the Qatari international was brought down by Abdullah Madu, prompting the referee to point to the spot.

It was the perfect opportunity for Baghdad Bounedjah to end a four-match AFC Champions League goal drought, and the Algerian duly delivered, burying his shot from 12 yards out into the bottom corner to win the tie 4-3 for Al Sadd.

The Qatari side await the winners of Tuesday’s clash between Saudi rivals Al Hilal and Al Ittihad. The first leg of the semi-finals takes place in Doha on October 1, with the return leg in Saudi three weeks later.