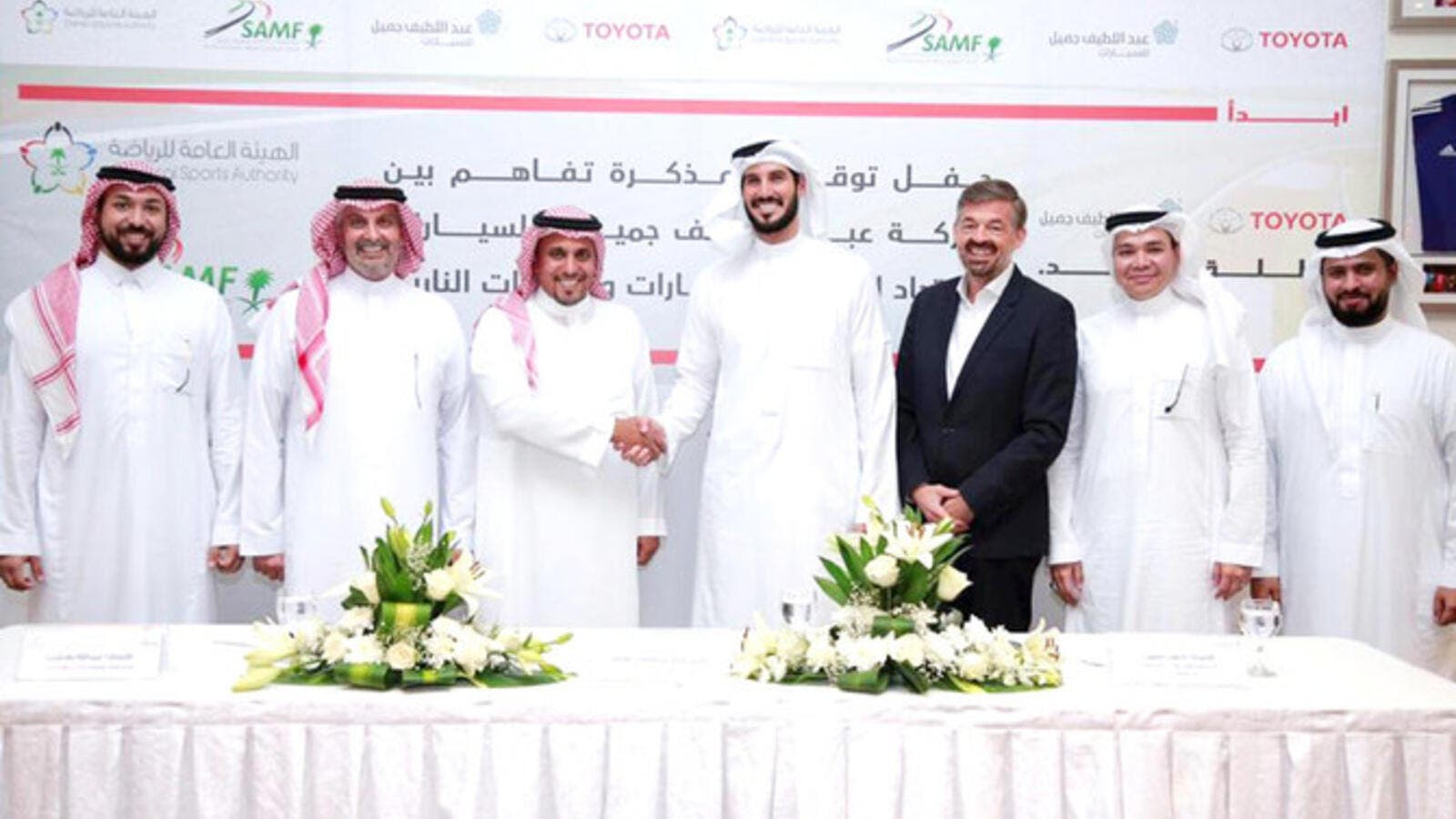 The Saudi Automobile Federation (SAMF) announced the signing of an official partnership contract with Abdul Latif Jameel Motors, the authorized distributor of Toyota cars in Saudi Arabia, in a new initiative for the company to support Saudi motorsports.

The contract is valid for three years in its first phase, extendable for two additional years, optionally, and then renewed for another five years.

Prince Khalid said: “This agreement opens new horizons for Saudi motorsports through an exciting partnership with one of Saudi Arabia’s largest and most successful companies. Importantly, Abdul Latif Jameel Motors represents a prestigious automotive brand [Toyota] that engages with a broad range of motorsports around the world.”

“This partnership will pave the way for positive steps that will benefit Saudi motorsports, in particular the next generation of competitors, and is an important initial step in working with the private sector to extend their support to SAMF, its events, and its participants,” he added.

This partnership provides an important opportunity to support national sports projects and become key contributors to support the local sports sector, which is a key pillar of Saudi Vision 2030.

For his part, Jameel emphasized the company’s pride in becoming the main partner for Saudi motorsport tournaments and expressed his thanks and appreciation to Prince Khalid for his trust in Abdul Latif Jameel Motors. “This partnership provides an important opportunity to support national sports projects and become key contributors to support the local sports sector, which is a key pillar of Saudi Vision 2030. It will also provide Saudi youth with important opportunities to work and participate in promoting this sector and enhancing the Kingdom’s growing role in the global sports and tourism landscape,” he added.

The company’s new initiative comes in support of SAMF’s commitment to Saudi Vision 2030 and to enhance active participation of the private sector, in addition to the vital support of Prince Abdul Aziz Turki Al-Faisal, chairman of the board of directors of the General Sports Authority.