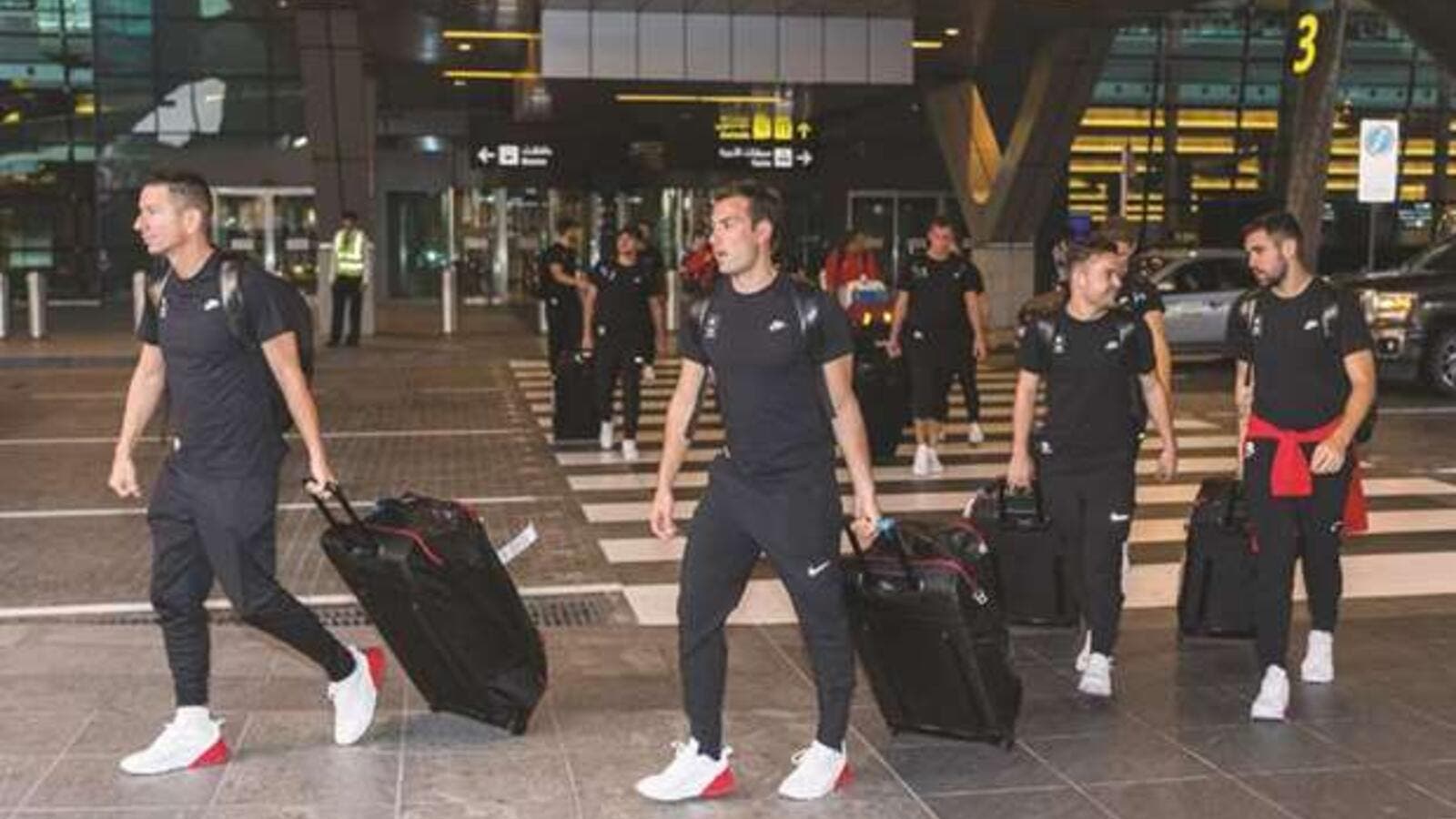 Athletes arrive at the Hamad International Airport yesterday ahead of the first-ever ANOC World Beach Games to be held in Qatar from this Friday.

The arrival of some of the world’s best beach athletes is generating considerable excitement in the Qatari capital ahead of the first-ever ANOC World Beach Games. Athletes will continue to arrive at the Athletes’ Village, located in the Ezdan Hotel, over the coming days ahead of the start of the Games later this week.

The Opening Ceremony will be held on this Saturday, October 12 as it will mark the official start of the Games, with competitions running until October 16. The first day of competition begins the day before the official opening, on Friday, 11 October. Over 1,200 athletes from 97 countries will compete in 14 disciplines across 13 sports, with all 5 continents represented.

There will be 35 countries from Europe represented, 21 from Asia, 19 from the Americas, 17 from Africa and 5 from Oceania.

ANOC Secretary General Gunilla Lindberg, said: “The arrival of some of the best beach athletes in the world has created a new level of excitement for the Games. It is now only a matter of days until the start of the Games and the sense of anticipation and enthusiasm amongst all stakeholders is palpable. The Games are connecting NOCs with an entirely new set of elite national athletes and providing a global platform to connect these new stars and new sports with a new generation of sports fans. I would like to wish the best of luck to all athletes, coaches and officials involved in the Games.”

Fans will be able to watch live streaming of competitions on the official website – www.awbgqatar.com – launched for the event. The ANOC XXIV General Assembly will immediately follow the Games, with more than 1,000 delegates expected to attend the annual gathering. The General Assembly will take place at the Sheraton Grand Doha Resort and Convention Hotel from October 17-18.

Ooredoo Cup to kick off this Friday

Doha: The QNB Stars League has taken a fortnight long break due to international matches and Ooredoo Cup is all set to steal the spotlight, with first round matches being played this Friday and Saturday at the Al Ahli and Al Arabi Stadiums.

The Ooredoo Cup, formerly QSL Cup, provides younger players with more playing time and exposure. The tournament, which has a group-cum-knockout format, offers new opportunities for sponsors, partners and supporters to highlight their brands.

First-team players, Under-23 players and Under-19 players can participate in the tournament. This season’s tournament’s major highlight is that it would be held under the patronage of Ooredoo, one of the major national companies.

The draw for the Ooredoo Cup was held at the Qatar Stars League’s headquarters in Al Bidda Tower on September 1. All 12 QNB Stars League teams are divided into two groups and the top four sides from each group will progress to the knockout quarter-finals.

Group A consists of Al Sadd, Al Shahania, Al Ahli, Umm Salal, Al Rayyan and Al Wakrah, while Group B is made up of Al Duhail, Al Khor, Al Sailiya, Qatar SC, Al Arabi and Al Gharafa. The ranking of clubs in the draw was based on their final standings in the 2018-19 QNB Stars League.

l Gharafa are the reigning champions. They beat Al Duhail 1-0 in last edition’s final. Al Gharafa had triumphed in the previous season as well. Even though the teams will miss some of their international players who will do duty for their country during the break, the tournament is a good opportunity for them to make up for the lapses and prepare for the tough times ahead in the QNB Stars League, where Al Duhail are leading the table, followed by Al Arabi, Al Sadd and Al Rayyan in the top bracket.