England ended a 55 year wait by defeating stubborn Denmark 2-1 after extra time to reach its first major tournament final since their World Cup win back in 1966.

The Three Lions will be facing Italy in the Euro 2020 final next Sunday at Wembley Stadium.

Gareth Southgate's men were able to knock-out a Danish side that made life difficult throughout the match.

Mikkel Damsgaard opened the scoring for the Danes when he curled a free kick into the top corner of Jordan Pickford's goal in the 30th, but nine minutes later an own goal by Simon Kjaer evened the score.

Kane sends England to the final

Denmark will leave the tournament with their heads held up high following their strong and organized displays, while England will be looking forward to a final that will take place on their own turf against a fearsome Italian side next Sunday. 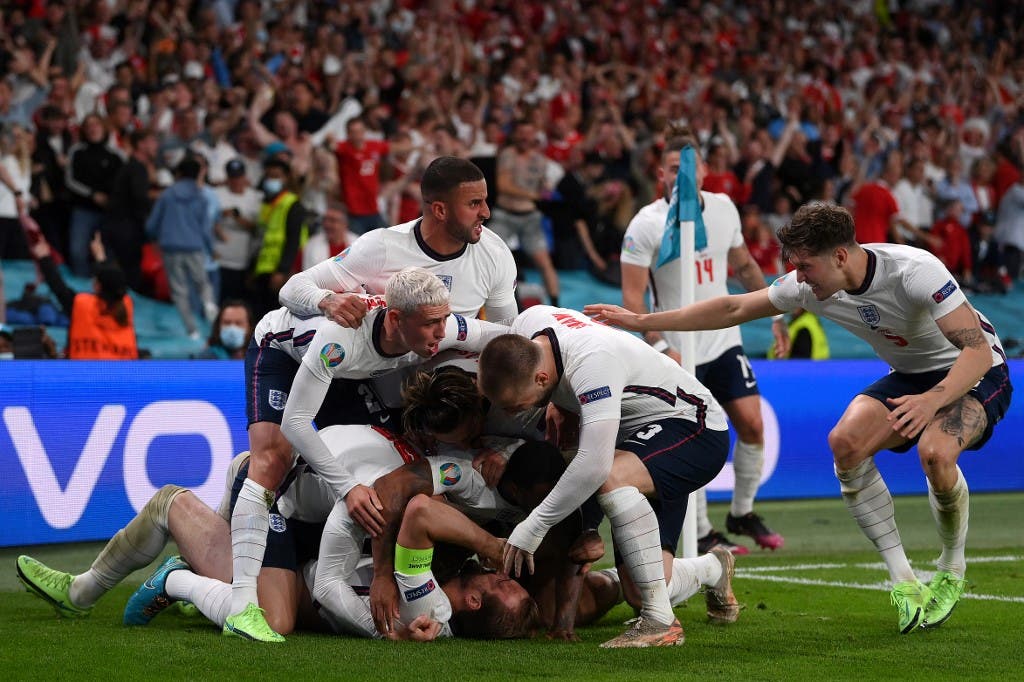