ESPN is reporting that Borussia Dortmund star Erling Haaland is demanding £30 million per season if he is to move to a new club next summer.

The 21-year-old could leave the German giants at the end of the season if his €75 million release clause is triggered.

Dortmund are willing to double the striker's salary in a bid to convince him to stay beyond the current season. 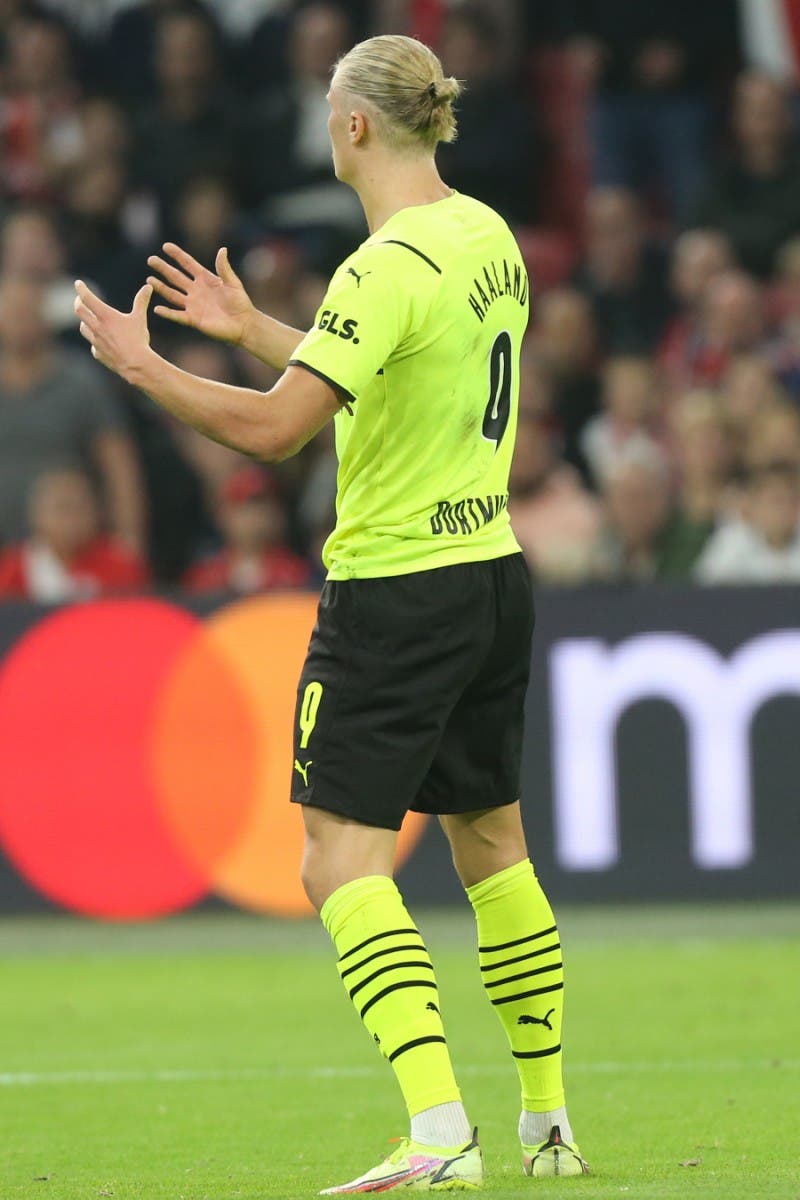 Erling Braut Haaland reacts after missing a chance to score during the UEFA Champions League Group C football match against Ajax at the Johan Cruijff Arena in Amsterdam, The Netherlands, on October 19, 2021. (Photo: AFP)