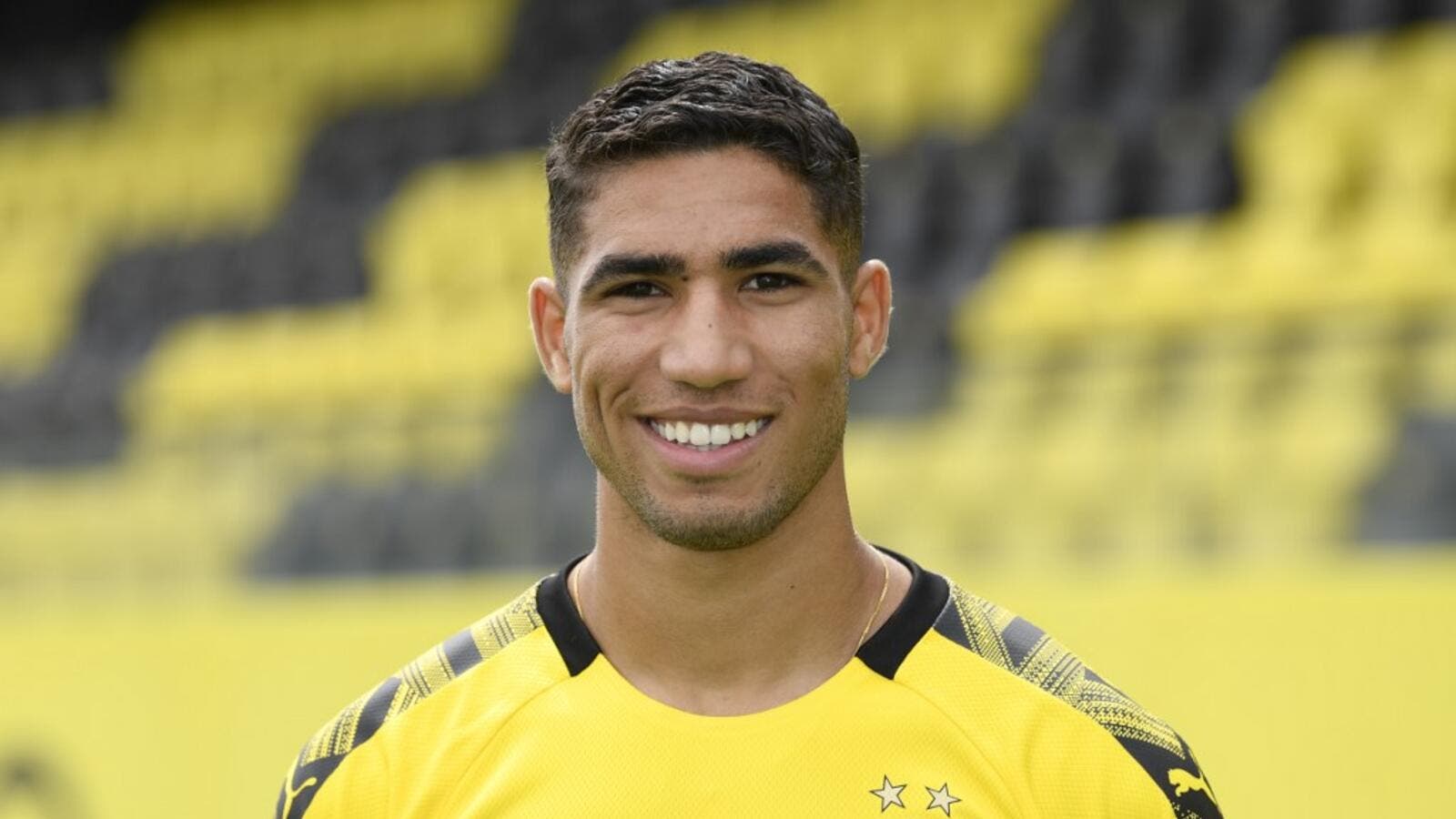 The highly-rated defender is approaching the end of a two-year loan in Germany, with it suggested that he is wanted back at Santiago Bernabeu

Achraf Hakimi is approaching an important career crossroads and admits his “heart is divided between Real Madrid and Borussia Dortmund”.

The highly-rated 21-year-old defender is coming to the end of a two-year loan spell in Germany.

His stock has risen considerably on the back of finding regular game time in the Bundesliga and Champions League.

Dortmund are reportedly keen on extending his association with them, with there a reluctance on their part to see the Morocco international move on.

Hakimi is, however, contracted to La Liga giants Real, and they have been impressed by his progress over recent seasons.

It could be that the Blancos look to welcome him back with open arms over the summer, with a more prominent role found for him at Santiago Bernabeu.

Some big decisions lie in store for all concerned, with Hakimi admitting that he is torn when it comes to his future.

He told Ruhr Nachrichten: “My heart is divided between Madrid and Dortmund.

“It is still six months until the summer, there are still a lot of games. What I can say is that right now I am very happy to be at Borussia Dortmund. I feel very comfortable.”

Hakimi has previously hinted that he would be open to the idea of heading back to Spain.

"I grew up at Madrid, it's the club I call home and I'd like to keep on growing as a player there, but if it isn't to be I'll look to be a success somewhere else.

"Right now, I'm only focusing on taking each game as it comes and performing to the best of my ability. Next summer's still a little way off and we'll just have to see what happens.

"I just have to concentrate on having a good campaign. That's the only way I'll have options open to me come the end of the season.

"My deal here lasts for two years. When the time comes, I'll see whether I've done enough over these two years and whether I'm ready for Real Madrid.

"Right now, I feel like I'm doing well, and that if I keep playing like this I could do a job for Madrid. But I can't say whether or not I'm ready until the end of the season. Ask me in May."

Hakimi has been a regular for Dortmund throughout his time in Germany, but back at Madrid, he has just 17 senior first-team appearances to his name – along with two goals.

He is, however, a product of Real’s famed academy system and they have always held him in high regard.

It could be that a starting berth at the Bernabeu opens up for him at some stage, although established right-back Dani Carvajal is only 28 years of age.

Hakimi must decide where he feels his ongoing development will be best served, while Dortmund need to determine quickly whether they will be looking to enter into further transfer talks with European rivals.