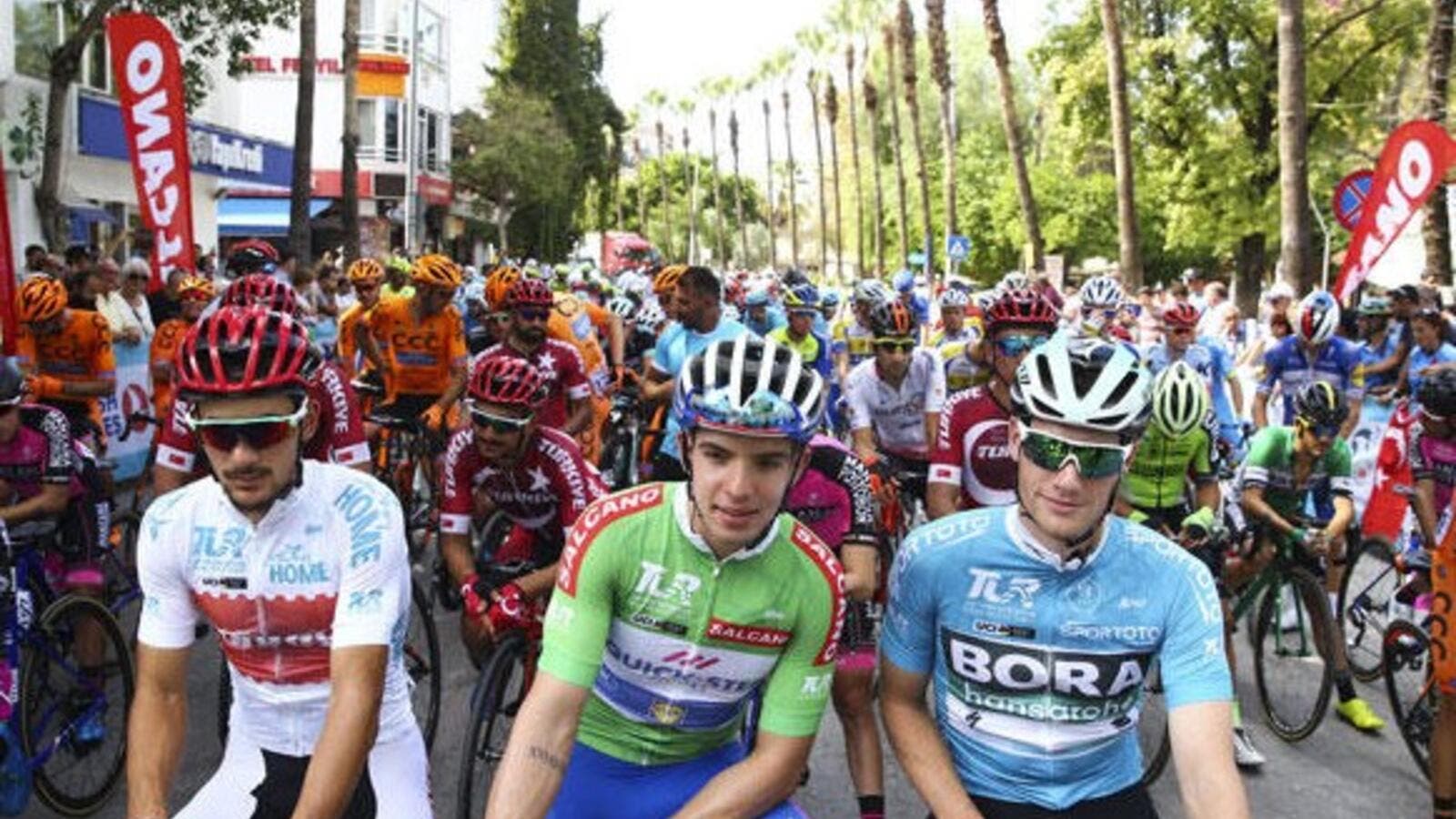 Hodeg, who rides for Quick Step Floors team, won the 135.7-kilometer-long (84.3-mile) race between Selcuk and Manisa in 3 hours 15 minutes and 12 seconds.

German John Degenkolb, who rides for the Trek–Segafredo team, came in second, while Nathan Haas, an Australian cyclist riding for the Katusha-Alpecin, was third.

The sixth and last stage of the Tour of Turkey will be held between Bursa and Istanbul on Sunday.

For the second time, Tour of Turkey is part of the World Tour category.

This year's edition finds 20 teams from across the world, including the Turkish national team, race in the 950-kilometer (590.3-mile), six-stage tour.

After its promotion to the World Tour category, the Tour of Turkey is expected to reach a large audience through broadcasts in more than 120 countries.

Organized by the Turkish Cycling Federation, the Presidential Cycling Tour of Turkey debuted in 1963 and became an international race two years later.

In the world's only cycling tour on two continents, riders will go through in the Eurasia tunnel beneath the Bosphorus Strait.

Some 140 cyclists, 20 teams, including nine "World Tour", are racing in the Tour of Turkey.

This year, the six-day tour started in Konya on Oct. 9 and will end in Istanbul on Oct. 14.