How to Become a Professional Footballer 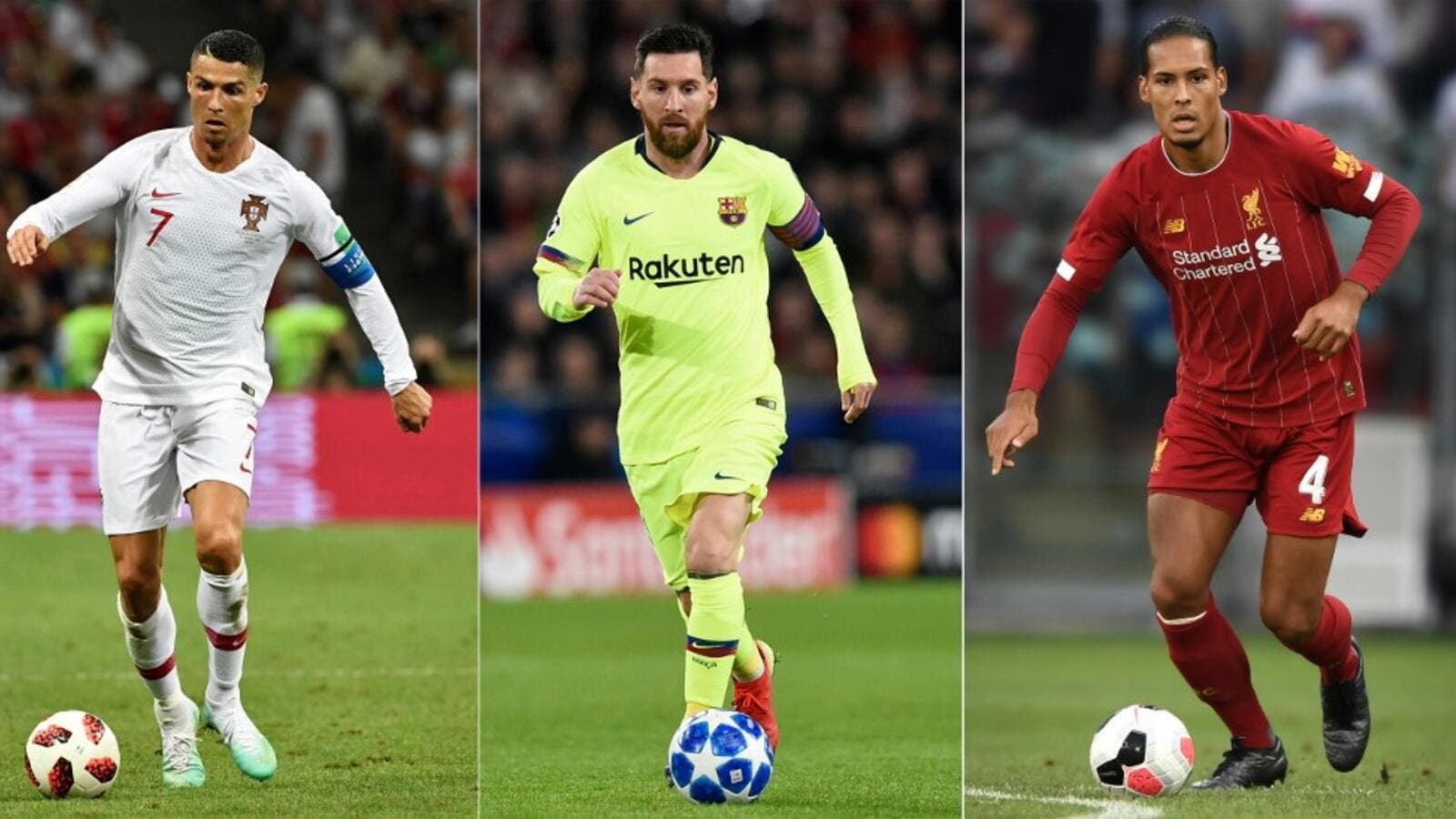 There is a lot of luck involved in becoming a professional footballer, but you can give yourself a better chance by following certain principles

Being a professional footballer is the dream job for many and it's easy to see why. After all, it offers one the chance to become a millionaire by playing a game they love.

Not only that, but those who excel in the sport are, more often than not, revered and their legacies resonate for years, decades even.

However, it is an incredibly competitive industry, which demands dedication, consistency and sacrifice.

Indeed, as Michael Calvin, author of the book No Hunger in Paradise, has noted, the numbers when it comes to people making it as professionals are "really sobering".

"Out of all the boys who enter an academy at the age of nine, less than half of one per cent make it. Or a make a living from the game either," Calvin told Business Insider.

"The most damning statistic of all is only 180 of the 1.5 million players who are playing organised youth football in England at any one time will make it as a Premier League pro."

So how exactly do you become a professional footballer? Goal brings you some tips that may help on your path to becoming a pro.

While it is not absolutely necessary to start playing football at a young age in order to make it as a professional, it definitely helps.

Malcolm Gladwell's book Outliers centres around the idea of 'the 10,000-Hour Rule' - that is, the period of practice needed in order to master skills - and it is true that developing world-class ability takes time.

If you have had 10 years of deliberate practice or coaching from the age of seven or eight, the chances are you will be well equipped with the skills and knowledge base required to succeed in football.

There is a reason why youth academies such as La Masia exist - they attempt to facilitate meaningful development of young players in order to help them reach an elite level of performance by the time they are adults.

Of course, there are a number of examples of footballers who matured at a different stage in life or took a circuitous route to the top - so don't worry if you're a bit late to the game.

Football is a team sport so it is crucial that you join a team in order to play and learn the game.

You need to be playing games regularly throughout your development in order to increase your visibility to scouts.

And don't be afraid to change teams either. It is noble to stay loyal to a local team, but it is no good to you as an individual if they don't have good coaching or play to a high level.

If you want to make it as a professional, you must be willing to seek out the best environment for your talents to prosper.

Work hard & be willing to sacrifice

Five-time Ballon d'Or winner Cristiano Ronaldo, widely recognized as one of the greatest footballers of all time believes that while talent is important, "it is not the key point" in making it and he's right.

Aspiring footballers must be willing to put in the work and that means applying themselves diligently to their craft, showing up on time to training, sometimes staying longer to hone the weaker parts of their game.

When you see Lionel Messi send a free kick into the top corner, it may seem like he just showed up and produced the magic, but, make no mistake, it is the product of countless hours of practice.

It may seem like an oxymoron to some, but putting in the work should also be an enjoyable enterprise, as Manchester City star Kevin De Bruyne has stressed.

When asked by Copa 90 for advice he would give to younger players, the Belgium international said: "The main thing is to have fun as a kid. I still enjoy my football, even if it's a job."

That's a sentiment David Beckham agrees with, but the former England and Manchester United captain suggests it is more important to have dedication and remain focused.

So, while you should have fun on your journey, endeavour to make choices that will serve you well on the track to the top.

"When I sit with kids and they say 'how can we be professional footballers?' the one thing I always say to them is, 'you have to enjoy yourself. You have to have fun playing football if you want to be a footballer," Beckham said at an Adidas promotional event in 2015.

"More importantly you have to be dedicated - you have to make sacrifices, that’s one of the most important things for me.

"As a young kid living in London, you have friends going out on a Friday night. But I made the sacrifice of staying in watching Match of the Day on a Saturday evening and when I had a game on Sunday I went to bed early."

Professional footballers are athletes and in order to reach that physical level one must eat a healthy diet and exercise.

They expend a lot of energy in training and matches, so the key is to find a happy nutritional balance in your meals, which means getting enough protein and carbohydrates, as well as fluids.

Messi, for example, follows a strict diet which includes plenty of water, fish, whole grain foods, fresh fruit and vegetables. Ronaldo, likewise, incorporates foods such as fish and eggs into his diet.

Naturally, if you want to make it as a professional footballer, it is not advisable to eat junk food or a lot of sugary treats.

"A good workout must be combined with a good diet," Ronaldo says. "I eat a high protein diet, with lots of wholegrain carbs, fruit and vegetables, and avoid sugary foods."

Exercise plans should be tailored to each individual and they will be different depending on your age, with your body going through natural changes during puberty.

However, football is a sport of endurance which incorporates explosive elements, so it is always important to focus on certain areas.

You should, at the very least, develop the fitness to last 90 minutes on a pitch, but ideally you'll be able to last longer - in case of extra time!

Warming up with light jogging and stretches is advised before any session to reduce the risk of injury.

You should also take care to maintain balance in your routines by ensuring you work on your upper body and lower body equally.

Creating a resume of your positions, attributes, achievements and perhaps even visual highlights, if they exist, is a useful exercise in the pursuit of a career in football.

Not only does it create a profile for scouts and potential employers, the practice also encourages you to reflect on yourself, which may help you identify your strengths and weaknesses.

Think of the resume as a personal statement of who you are as a footballer and person, as well as the footballer you want to become. In that sense, you can use it as a goal-setting document.

Football, as with many other jobs, relies heavily on networking and it helps when you have contacts within the game who may be able to lobby in your favour. That's where agents come in.

Agents have a wide-ranging role, but essentially their remit is to find suitable clubs for their clients and ensure they get a fair deal.

In many cases, agents or agencies may approach a player seeking to represent them, but sometimes you may have to touch base first.

National football associations usually publish lists of approved intermediaries, which should help players who hope to earn a contract with a club.

You should do your research when looking for an agent - they are not always best friends with club officials or managers!

Going on trial with a club can be one of the most pivotal experiences of an aspiring footballer's career. It is a chance to show a prospective employer what you have to offer their team and potentially earn a contract.

When you go on trial it is wise to treat it very seriously, demonstrating the characteristics that got you there in the first place, but also to try to enjoy it.

Be respectful towards staff, coaches and fellow players then do your best in the training sessions and games.

Former Manchester United coach Rene Meulensteen says the key thing for trialists is to "make sure you do the basics right."

“Don’t be afraid to show initiative," Meulensteen says. "But sometimes players try so hard that they make mistakes and it snowballs into a poor performance.”

One thing you should be prepared for is the possibility that you will not be offered a contract with a club, something that former Tottenham player development coach Jon Goodman has emphasized.

"You've got to have resilience, strength of character and adaptability," Goodman said in an interview with Copa90. "Thirty-five to 40 per cent [of trialists] will get a professional contract."

Even if a trial doesn't result in the offer of a deal, aspiring footballers should not lose heart and try to learn how they can improve by asking questions.

Look for colleges that offer scholarships

Another route that aspiring footballers can go down is that of earning a football scholarship at a university, which has the double benefit of allowing you to get a third-level education too.

In the United States, college sport is a lot more closely intertwined with their professional equivalents and there is SuperDraft involving college soccer stars in Major League Soccer.

The culture in the United Kingdom and Europe is somewhat different, but clubs do monitor university-level football and some universities have direct links with clubs.

If things ultimately don't work out on the football front, then you will have a degree and other options.

Yes, we've already touched upon the need to work hard, but this is probably the most important part of it all.

Once you eventually become a professional footballer, the hard work doesn't stop. It's crucial that you do not take your eye off the proverbial ball.

Keep working hard, keep looking after your body and enjoy it as much as you can.