When Manchester City captain Fernandinho lifted the Premier League trophy on Sunday after the 5-0 thrashing of Everton, it marked the fifth time in 10 seasons that the club owned by Sheikh Mansour had been crowned champions of England.

Yet while the previous four titles had been played out against a traditional backdrop of home support, the unique context of the coronavirus (COVID-19) pandemic meant this was a victory unlike any other.

On the pitch, it was a campaign underpinned by manager Pep Guardiola’s reinvention, and the building of perhaps his second great team at the Etihad Stadium.

Having lost the title the previous year to Jurgen Klopp’s Liverpool, City’s coaching staff and players had to adapt to combine new and old methods of playing, as they demonstrated renewed physical and mental resilience to overcome the logistical challenges that emerged during the period.

Manchester City midfielder and captain, Kevin de Bruyne, said. “It’s been a unique experience playing in front of empty stadiums. We’ve missed our fans so much.

“All our usual routines and preparation have been impacted. We’re really proud that as a team we’ve worked together and been able to overcome all those challenges."

“We all hope that after this season we never have to play without our fans again – it just isn’t the same without them and we were so motivated to give them something to celebrate.”

The logistical challenges presented by the COVID-19 pandemic meant that nearly every aspect of the club’s operation had to be altered, with new approaches required to maintain connection with fans, drive value with commercial partners and above all, ensure that the team continued to conjure wins on the pitch. 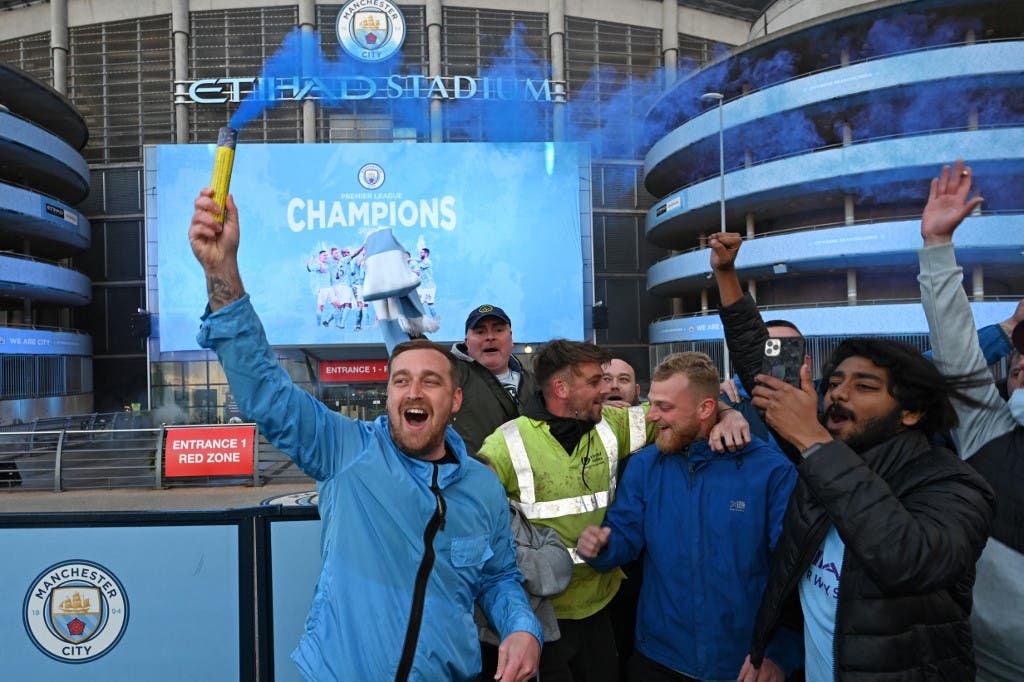 “We are in such a fortunate position. We know how hard the past year has been for people all over the world. If we can deliver on the pitch and bring a smile to people’s faces then it makes it all worth the effort,” De Bruyne added.

With fans missing from the Etihad Stadium throughout the season, until the last match, Manchester City sought to maintain that connection with a consistent flow of content to keep supporters as close as possible.

The dedicated Cityzens at Home web portal provided fans of all ages with activities to stay engaged and active during lockdown, including exclusive exercise advice given by Guardiola’s first team backroom staff.

Fan-produced content was championed across club channels and images of supporters were displayed in the tunnel and on stadium screens to ensure they remained front-of-mind for City’s players, while investment in new camera technologies allowed the club to film players remotely and broadcast exclusive access.

Commercially, the absence of traditional assets such as tickets, hospitality, player appearances, and fan events meant the playbook for the club’s commercial partners needed to adapt overnight.

Together there was a pivot to new digital opportunities, including virtual player appearances in homes during lockdown, while City delivered more partner-branded content across its social media platforms than any other club, which delivered huge engagement and exposure for partners.

Cisco’s Webex solutions were integral to player training and fan content series, while Intel’s True View product provided an enhanced broadcast experience for fans at a time when it was needed more than ever. Official club partner Puma delivered virtual kit launches and fan competitions, while the Midea Home Challenge kept fans entertained at home during lockdown.