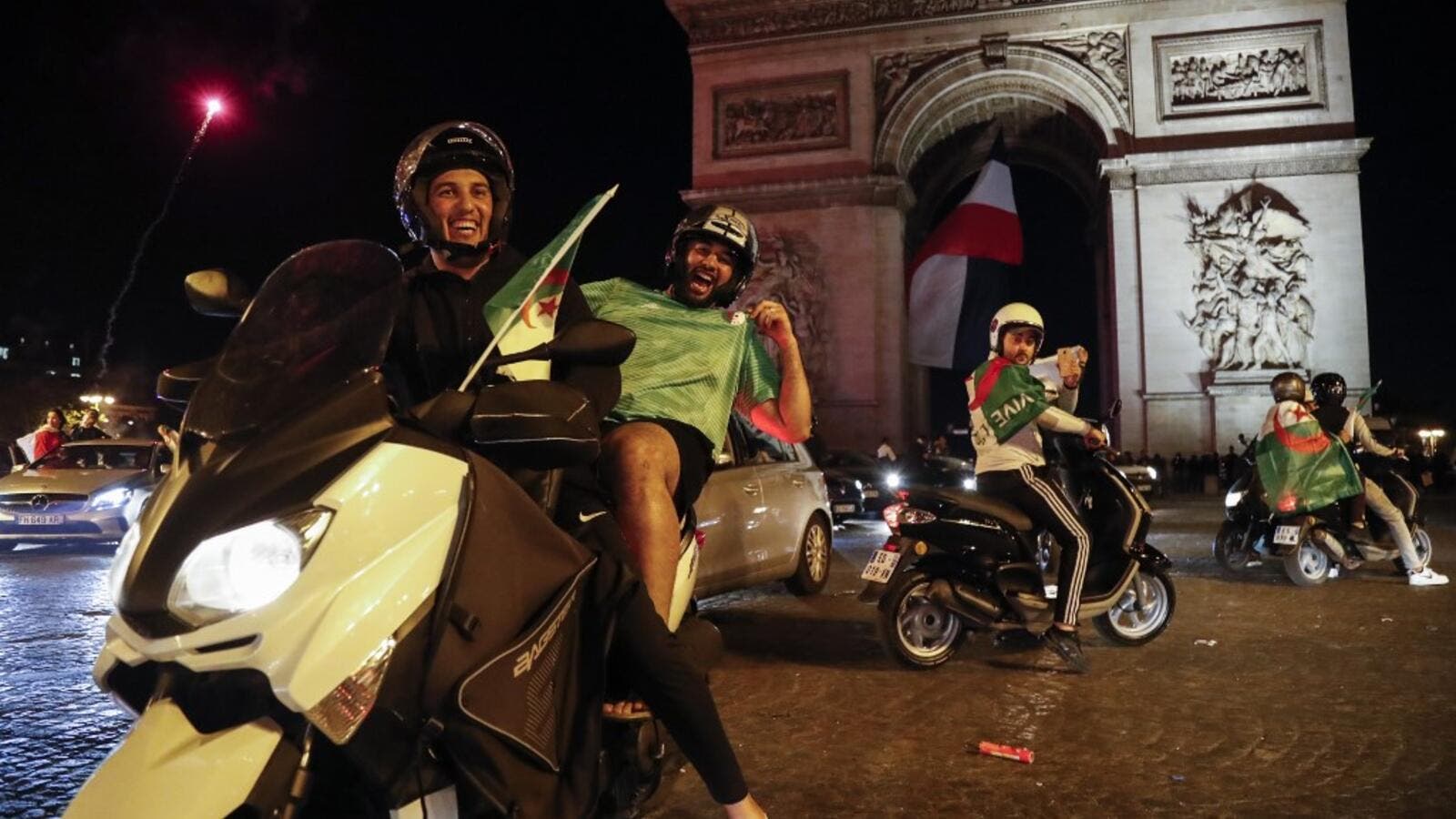 In Paris, fans blocked traffic on the Champs-Elysees

Algerian football fans faced off with riot police across France after victory celebrations turned violent in Paris, Lyon and Marseille. Dozens of people were arrested, with tear gas deployed to restore order.

Fans overcome with joy were out on the streets of three major French cities after Algeria knocked Nigeria out of the 2019 Africa Cup of Nations tournament with a 2-1 victory in the semifinals on Sunday, RT reported.

Algeria will now play its final match against Senegal on Friday, but the festivities were marred by violence and arrests. Hundreds of fans with flags and flares disrupted traffic, climbing onto passing cars, road signs, and streetlights.

Videos from Lyon show several fires in the Guillotiere district. A dozen cars were torched, the fire department announced. Police in riot gear used tear gas to disperse the crowds on the streets, and some fans hurled stones and bottles back at the officers.

In Paris, fans blocked traffic on the Champs-Elysees. They threw fireworks at officers deployed to the site, and several dustbins were set on fire. Twenty-five people were arrested.

In Marseille, fans reportedly threw smoke bombs, projectiles, and firecrackers at police as thousands flocked to the port area to see the Bastille Day fireworks.

A total of 282 arrests were made across France overnight, according to AFP, in particular for refusing to obey police orders and endangering the lives of others.

Among these, 249 were placed in police custody, according to a report made by the Interior Ministry on Monday morning. Security for Sunday’s match was intensified after clashes and looting followed Algeria’s match against Ivory Coast last Thursday.