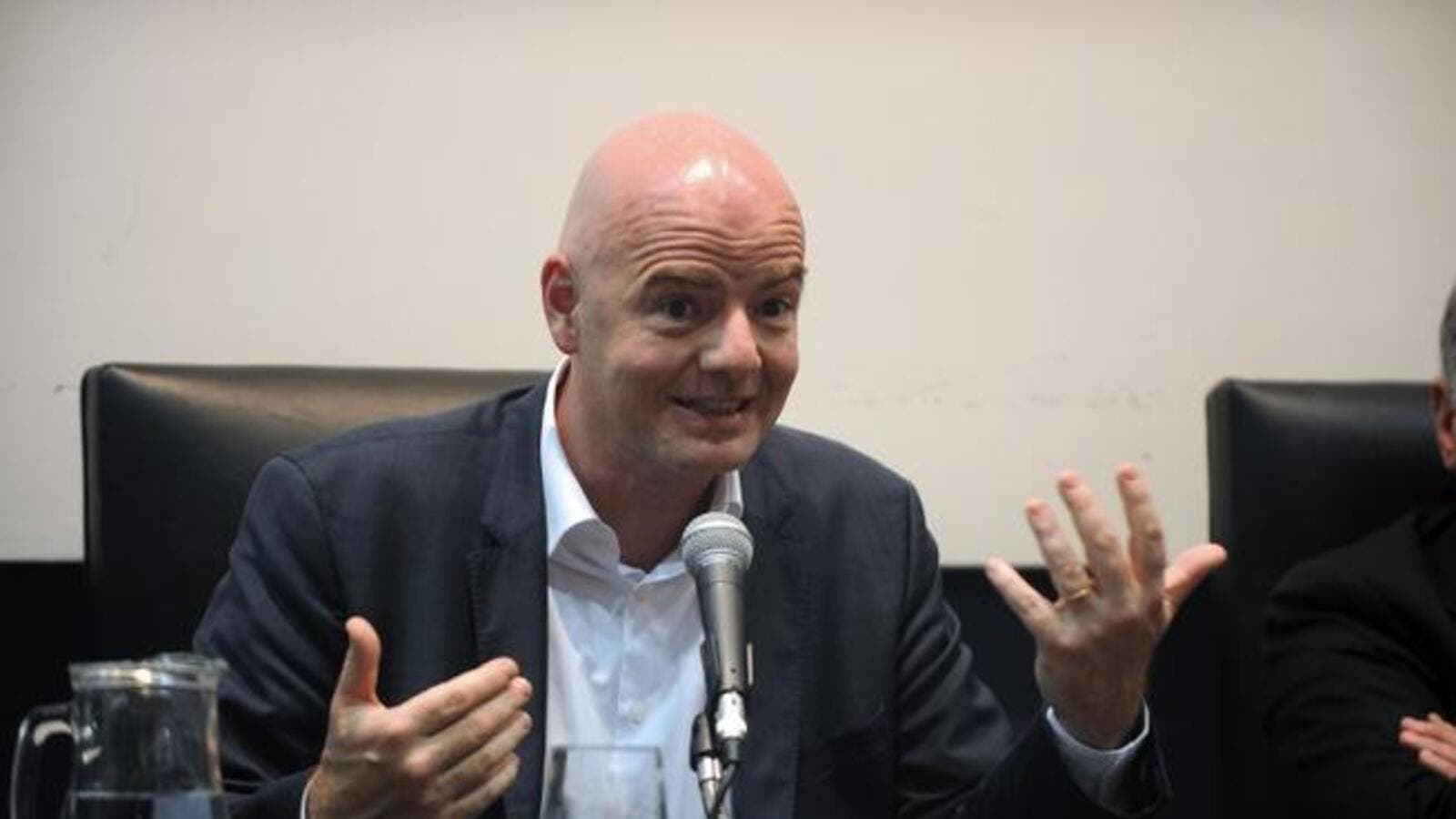 FIFA president Gianni Infantino has called for "new, stronger and more effective ways to eradicate racism in football" in the wake of England players suffering abuse in Bulgaria.

UEFA has charged the Bulgarian Football Union over racist behavior by fans during the Three Lions’ 6-0 Euro 2020 qualifying win, with world football’s governing body pledging to extend any sanctions imposed.

The game was halted twice before half-time and a group of supporters who made "monkey chants" and Nazi salutes were ejected from the ground.

Tuesday's fallout has subsequently seen the resignation of BFU president Borislav Mihaylov after Prime Minister Boyko Borissov threatened to cut funding if he did not step down, though national manager Krasimir Balakov maintains there was no such racism displayed in Sofia.

Former UEFA president Infantino, who reportedly attended North Korea’s 2022 World Cup qualifier with South Korea this week, suggested now is the time for football to take a harder line against racism, including life bans for any perpetrators.

"So many times we say there is no place for racism in football, but nonetheless we still face challenges to tackle this problem in our sport, as we do in society," he said.

"We will need the support of public authorities to help us identify and punish the culprits but we probably also need to think more broadly on what we can do to fix this.

"When we proposed the three-step procedure in 2009 when I was at UEFA, and then made the regulations even tougher a few years later, we could not have imagined that so shortly thereafter we would again be having to think of how to combat this obnoxious disease that seems to be getting even worse in some parts of the world."

Infantino added: "I call on all football governing bodies to join us and think together of new, stronger and more effective ways to eradicate racism in football.

"As a starting point, I suggest that all competition organizers enact regulations which envisage life bans from stadiums for those who are found guilty of racist behavior at a football match. FIFA can then enforce such bans at a worldwide level."