Iran Has Secured 58 Spots for Tokyo Olympics So Far

A total of 58 Olympic berths have been secured by Iranian athletes in 12 sports so far, and there are still more spots to grab for the country at Tokyo 2020 Olympic Games. 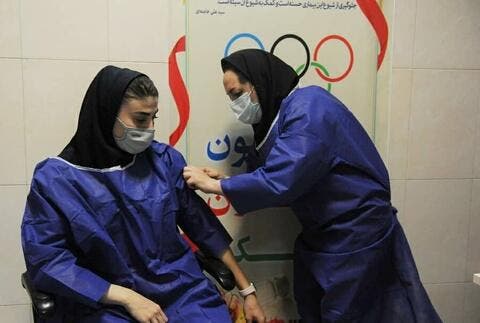 Iran plans to send a larger delegation to the Tokyo 2020 than Rio 2016 and 58 athletes have so far secured their places in the Games.

Amidst the country's lockdown due to covid19 pandemic, the athletes who are vying for spots in Tokyo 2020 are allowed to continue their training.

Before the outbreak of the Covid-19 pandemic, Iran had secured 52 Olympic spots. After the restart of the qualification games, the number of athletes who have joined the Iranian delegation in Tokyo has reached 58.

The list of Iranian athletes who have booked Tokyo Olympics quota places is as follows:

*Archery: One spot for the country

There are still more spots to grab for Iran’s Olympic delegation in sports such as shooting, boxing, gymnastics, canoeing, athletics, weightlifting, Greco-Roman wrestling, archery, and table tennis. The National Olympic Committee of the Islamic Republic of Iran fielded a team of 63 athletes, 54 men and 9 women, across 15 sports at the 2016 Rio Games. Now the country hopes to increase the number of its athletes in Tokyo to more than 70.