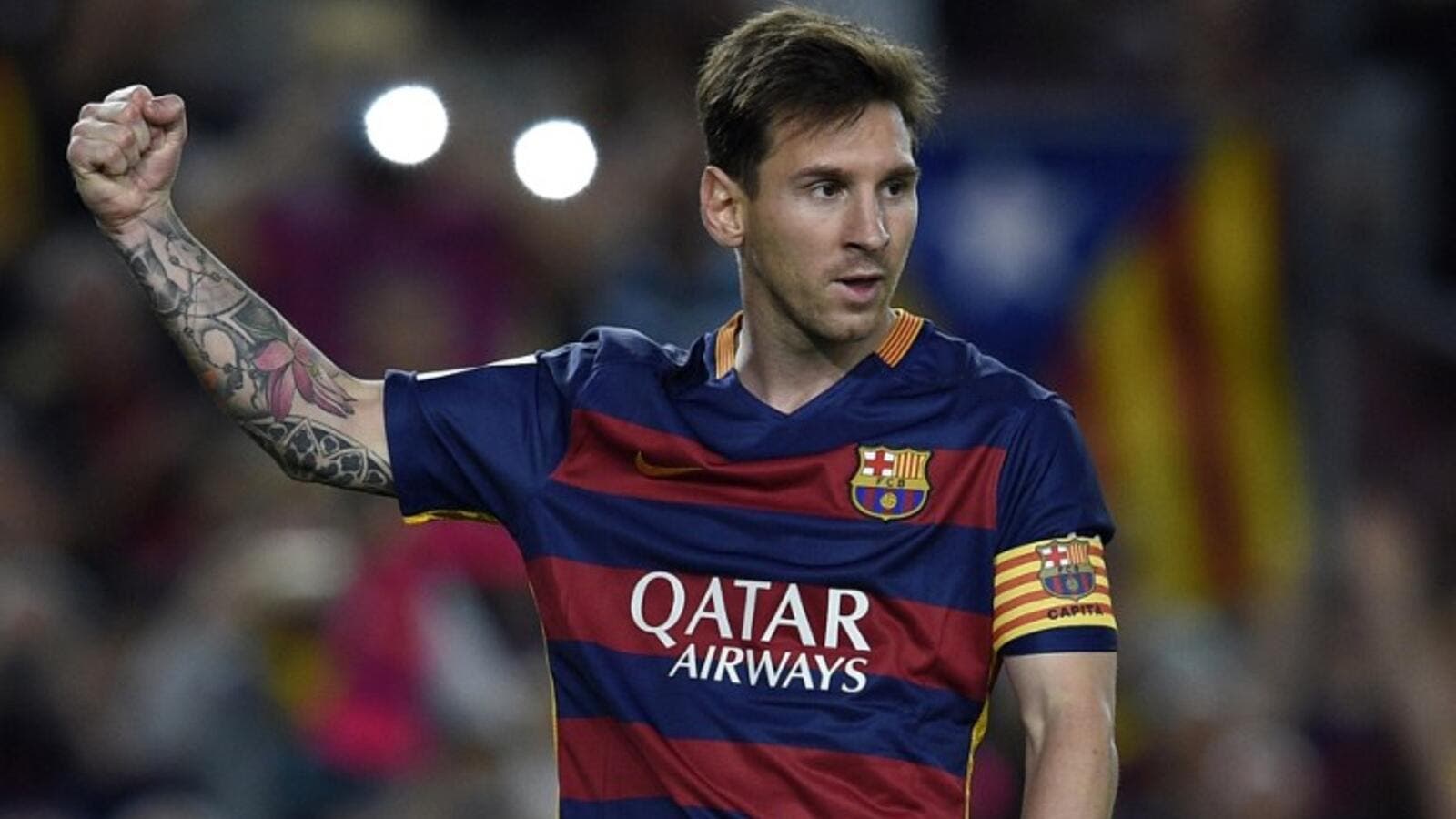 Lionel Messi
Barcelona superstar Lionel Messi will be the guest of honour at the 10th Dubai International Sports Conference to be held at the Madinat Jumeirah Hotel on December 27 and 28.

Four-time Ballon d'Or winner Messi and Chelsea legend Frank Lampard will be among the stars at this annual event where the world of football will debate the 'Challenges and Achievements' of the beautiful game.

Argentinean superstar Messi has also been short-listed along with Italian national team goalkeeper Gianluigi Buffon and Portugese and Real Madrid star Cristiano Ronaldo for the best player prize at the Globe Soccer Awards to be held on December 27.

The two-day conference that will focus and debate on everything football will be opened with an opening session from 9.30 to 11 am on setting up a professional football club model.

Though he will not speak, Lionel Messi will be a special guest of honour on both the days of the conference.

Michele Uva, General Manager of the Italian Football Federation will be joined by Umberto Gandini, Director at AC Milan in the keynote session that will be moderated by Mario Gallavotti.

Held under the patronage of Sheikh Hamdan bin Mohammed bin Rashid Al Maktoum, Crown Prince of Dubai and Chairman of Dubai Sports Council, this year’s event will have a host of other stars including FC Barcelona President Josef Maria Bartaumeu and Gianluigi Buffon.

At last year’s edition, Cristiano Ronaldo and James Rodriguez were among the stars as Real Madrid picked up seven of the 15 awards on offer at the annual gala dinner awards held alongside the Dubai International Sports Conference.