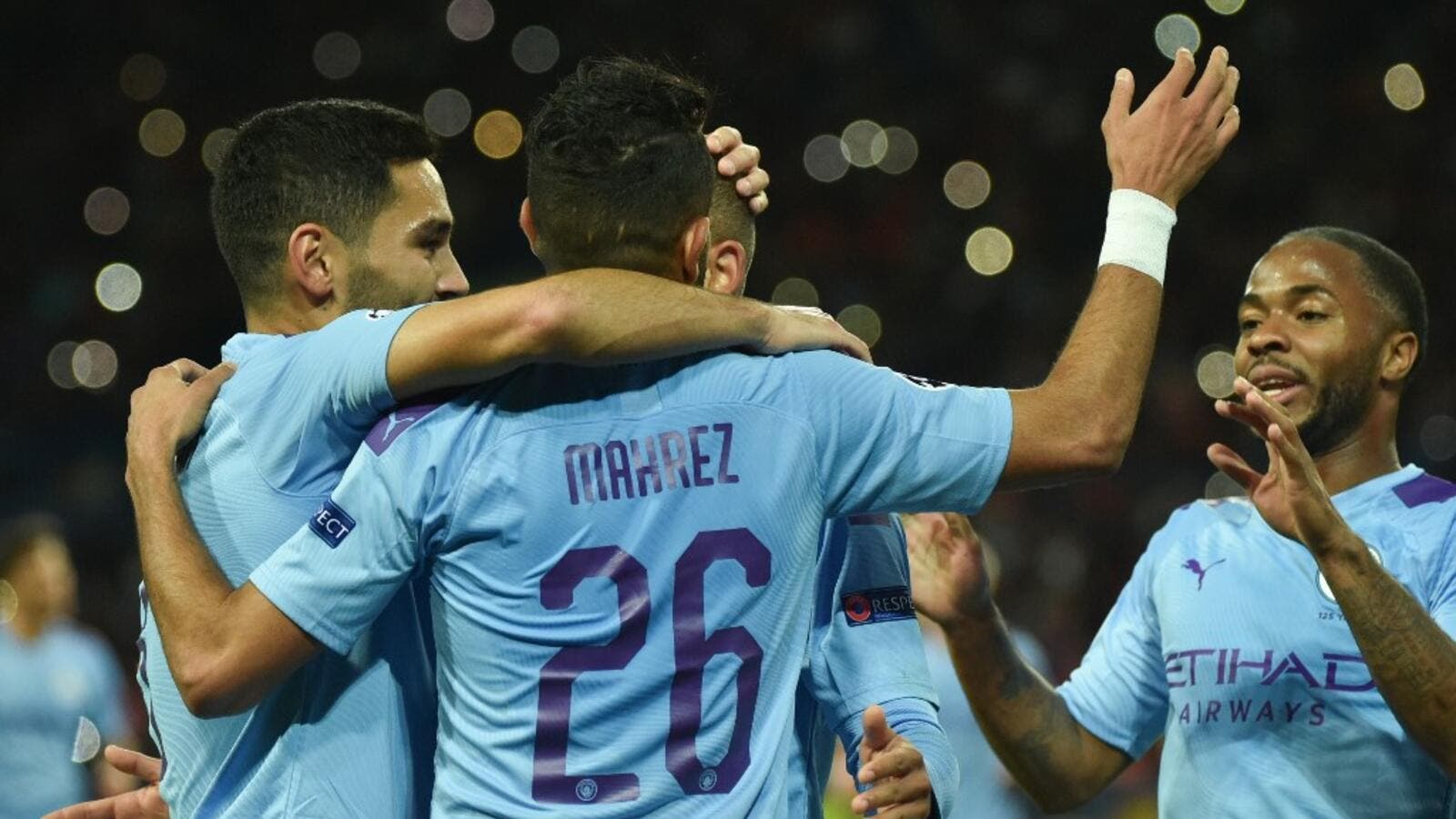 Riyad Mahrez has a happy knack of making a big difference in tight matches.

The Manchester City winger scored the only goals in crucial victories at Tottenham and Bournemouth in last season’s Premier League title triumph.

And at Goodison Park on Saturday night, he stepped up again just as the champions looked like they might fall further behind current leaders Liverpool.

With just 20 minutes remaining, Mahrez took responsibility when City won a free-kick on the edge of Everton’s box and curled a delightful left-footed shot beyond Jordan Pickford.

It was not too dissimilar to a free-kick he scored for Algeria at this summer’s African Cup of Nations at a time when his country needed him most.

His injury-time winner in a semi-final victory over Nigeria has made him a hero in his homeland just as much as in Leicester, when he was the standout performer in their unforgettable title success.

At City, success hasn’t come as quickly but he’s finally getting there.

Mahrez has been directly involved in 17 goals – seven goals and 10 assists – in his last 17 starts for City, including nine in his last seven.

And, while it’s only September, his goal was hugely important, as it helped City reduce the gap to Liverpool to five points again.

With the game at Goodison locked at 1-1, Pep Guardiola’s men were struggling to find that breakthrough and were, thus, in danger of falling seven points adrift.

He should have had a major hand in giving City the advantage just minutes earlier with an outrageous, defence-splitting pass that Raheem Sterling unforgivably fluffed.

The England forward did at least make up for his miscalculation when he smashed in a third off the underside of the crossbar, a goal that added some gloss to the scoreline and prevented a game Everton side from staging a grandstand finish.

But while Guardiola will be grateful for Mahrez’s dead-ball brilliance, he will also be thankful for the performance of goalkeeper Ederson.

The Brazilian is more generally lauded for his ball-playing skills but, on Merseyside, he made three fantastic saves as the Toffees threatened to follow up on Norwich’s shock result.

He reacted quickly to keep out two fine efforts from Yerry Mina and spread himself brilliantly to deny Dominic Calvert-Lewin in a one-on-one.

It had looked like a textbook City win when Gabriel Jesus headed home a typically pinpoint cross from Kevin De Bruyne in the 24th minute as the champions monopolised possession in their usual way.

De Bruyne’s deliveries are now becoming the norm and Thierry Henry’s Premier League record of 20 assists in a season is surely set to come under imminent threat.

Still, despite City's early dominance, Everton found an equaliser through Dominic Calvert-Lewin and threatened to spring a surprise.Article continues below

Last season’s home loss to City was met with a collective shrug of the shoulders by Toffees fans as it was a bad result for their title-chasing city rivals Liverpool.

But after a mixed start and a disappointing defeat at home to newly-promoted Sheffield United last weekend, this proved a free hit to restore a feelgood factor.

They did just that, by producing a spirited display, but another timely moment of magic from Mahrez once again proved decisive for Man City.