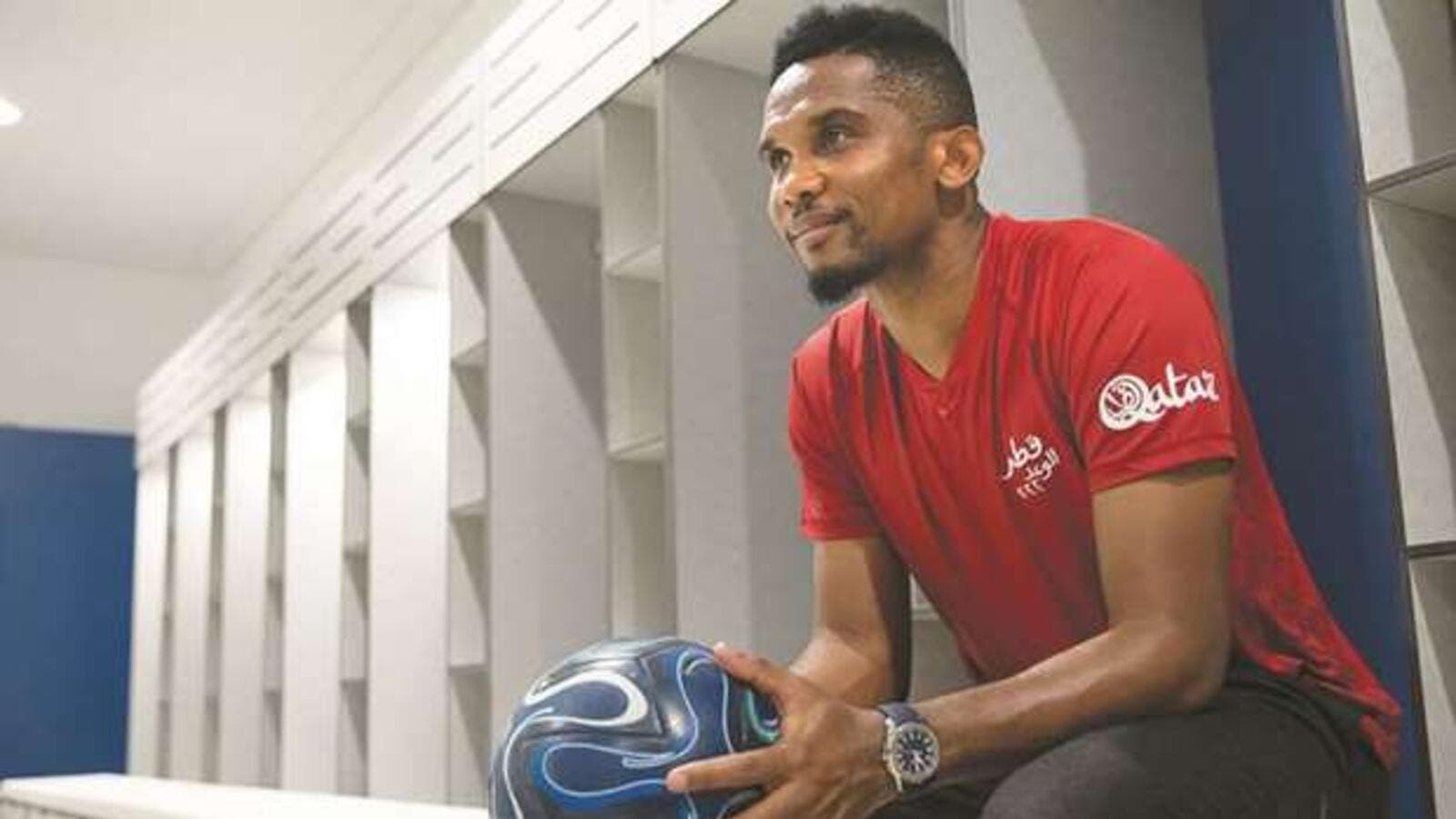 Cameroon legend Samuel Eto’o is an official ambassador for the Supreme Committee for Delivery & Legacy.

Former Cameroon international and four-time African Player of the Year Samuel Eto’o is one of the most decorated players in world football. He has three UEFA Champions League winners’ medals and won four league titles while playing for Barcelona and Inter Milan. Having appeared at four FIFA World Cup tournaments, and after a glittering career spanning more than 20 years, he announced his retirement in September 2019.

In April 2019 he became an official ambassador for the Supreme Committee for Delivery & Legacy, the organisation responsible for delivering tournament infrastructure for the FIFA World Cup 2022 and its associated legacy programmes. Exceprts from Eto’o’s interview with sc.qa.

We have recently launched the Official Emblem for the FIFA World Cup 2022 – a major milestone in Qatar’s journey on the road to 2022. From your experience, what do you think fans can expect in 2022?

When fans arrive in Qatar for the World Cup they will find themselves in a very beautiful country, rich with traditions and culture, and a totally unique setting for the tournament. I can say from first-hand experience the temperature at the time of year the tournament is scheduled for will be perfect for watching football, for playing football and also for relaxing by the beach! So fans will be able to enjoy many things away from the stadiums also, and spend their holidays in a very beautiful country.

It is true that I was fortunate enough to play in the first World Cup in Africa. Although we as a team did not progress as far as we had hoped, it was a memorable experience – not just for Cameroon or the hosts South Africa, but for the whole continent.

I have always believed football is a game for everyone, and therefore the World Cup should visit every region of the world. Therefore, I was delighted to see the Middle East given the opportunity to host in 2022 – it is an opportunity I know it will make the most of.

Qatar is a small country, but it stands out because it is so different from all others. It’s a great place to live or to visit, you feel very safe and the beaches are incredible – so as well as all the football, people will be able to enjoy a holiday too!

Qatar’s central location means it is accessible for African football fans too. What would you say to football fans there who are considering attending in 2022?

For African fans, it is true, it will be great. For many it will be one flight and for most not too many hours travelling. When they arrive in Doha I am confident they will be happy to find themselves in a country that has more or less the same climate as ours at certain times of the year. Secondly, they will be in a country that has values like us Africans – a warm sense of hospitality and keenness to welcome others, wherever they are from in the world.

It will be an international gathering with many people I’m sure attending their first ever World Cup. This is also something that cannot be overlooked, it will be very special for many thousands of people who previously have not had the chance to attend.

Aside from the action on the pitch, what do you think makes for a successful FIFA World Cup and how confident are you Qatar will deliver in this area?

Of course, for those watching at home, a successful World Cup is mostly linked with the quality of football. The drama, the passion, this kind of thing. I’m sure Qatar’s World Cup will have all of that, but for those who travel to these tournaments it is about the overall experience. What really makes a difference is what the fans enjoy away from the stadiums – and I’m sure in Qatar they will have a very smooth and enjoyable experience. They can enjoy the city or the beach, the desert, the shopping, the restaurants. Many, many things.

They will really have an opportunity to ‘live’ a World Cup, and be in the heart of the action from the moment they arrive. I understand they can go to more than one game per day too, this will be something unheard of. Something that can only happen in Qatar and I am sure that everyone who visits will return with a sense of satisfaction.

What is your favorite FIFA World Cup memory – both as a player and as a fan?

My favorite memory of a World Cup is my first experience, in France in 1998. I was just a kid who discovered this big and beautiful football festival – the biggest in the world. It was of course my first experience of attending a World Cup, and I was doing it as a player representing my country.

I could not have been more proud and excited. I managed to play in the game against Italy, and although we did not get the result we wanted it was an experience I will never forget. It’s incredible to think that was over 20 years ago now!

From a fan’s perspective, my favourite memory is actually the most recent World Cup in Russia because this is a beautiful country that surpassed all expectations. It’s a country I used to live in and I know they had a challenge because everyone doubted their ability to host a successful event. But they hosted an incredible tournament.

I see a lot of parallels with Qatar’s World Cup and I know that just like Russia did, they will surpass all expectations.