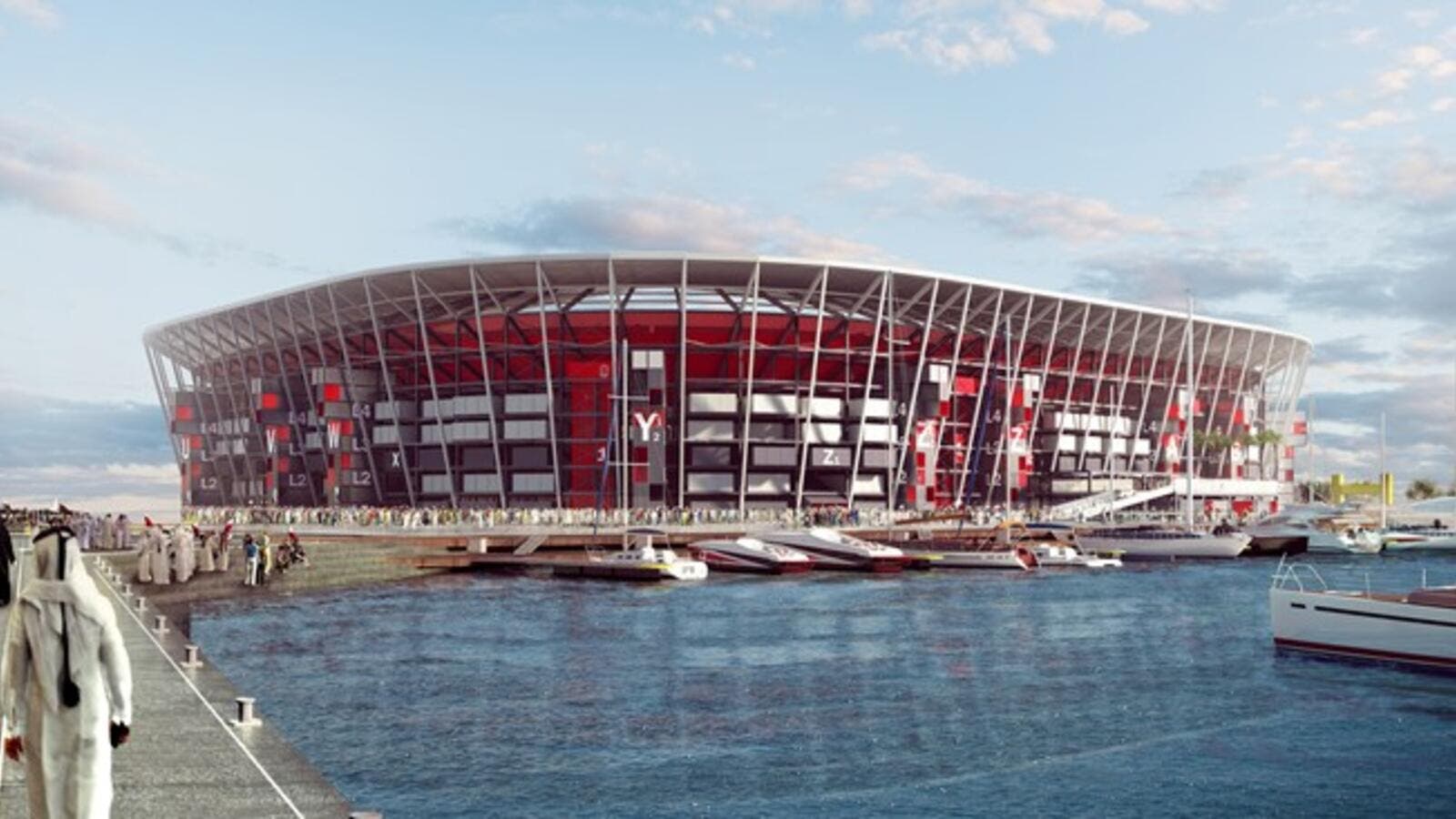 Qatar's government has said it is spending $500 million a week preparing for the World Cup. (Photo: FIFA)

Qatar Sunday unveiled the design for what it claims is the World Cup's first 'reusable' stadium, the seventh of eight expected venues that will stage games during the 2022 tournament.

Ras Abu Aboud is a 40,000 stadium that will be built on Doha's southern waterfront and host matches up to the quarter-final stage.

After the tournament the stadium will be taken down, with the parts put in to containers in the hope it will be reassembled and used elsewhere.

"This venue offers the perfect legacy, capable of being reassembled in a new location in its entirety or built into numerous small sports or cultural venues," said Hassan al-Thawadi, secretary-general of Qatar's World Cup organising committee.

Among the materials used are modified shipping containers, according to a statement from Thawadi's Supreme Committee for Delivery & Legacy.

The architects are a Madrid-based company, Fenwick Iribarren.

They were also chosen to design another tournament venue, the Qatar Foundation stadium.

Qatar has now revealed the designs for all venues expected to be used in 2022 except the Lusail Stadium, which will host the opening game and World Cup final.

Although Qatar's initial bid was for up to 12 stadiums, it is now scheduled to play matches at just eight venues.

FIFA is yet to make a final decision on the number of stadiums used during 2022.

Since controversially being chosen by FIFA to host the tournament in 2022, Qatar has found itself at the center of a global storm.

It has been criticised over human rights and labor abuses and blighted by allegations of corruption. Doha has since steadily introduced major labour reforms, including a minimum wage for workers.

Most recently it has found itself accused of supporting terrorism as part of a bitter dispute involving Doha and its Arabian Gulf neighbors Saudi Arabia, UAE and Bahrain, as well as Egypt. Qatar denies the charges and has hit back at attempts to politicise the tournament.

Qatar's government has said it is spending $500 million a week preparing for the World Cup.