The Return of Gli Azzurri with Bello Mancini

Published July 10th, 2021 - 10:26 GMT
Mancini and the Italian team after the win over Spain in the semi final-Instagram
Highlights
Roberto Mancini has revived the elegance and skill but most importantly team soul in the Italians

“Don’t cry for me Argentina,” the stadium played as Maradona’s squad lost the final of Italia 90 to Luther Mathias gang. Yet, the result was somewhat gratifying to those of us who cried our eyeballs out at the semi finals when the beautiful all star Italian team lost to Argentina.

The team of dreams - The Italian team of @FIFAWorldCup 1990 pic.twitter.com/keOsfdPJC0

At that time the Italian league Serie A was the most watched and all top international players could be found in AC Milan, Inter Milan, Juventus, Napoli, Roma and others.

Fast forward and as the game got more commercial and rather a trade more so than an art, the Spanish league took over the glow, but the feeling was never the same.

This Euro2020 brought back that beauty and human touch that Italians have always added to the tournaments and the stadiums.

From the opening night win against Turkey, it was marked that Roberto Mancini has revived the elegance and skill but most importantly team soul in the Italians. The whole team can perform and every plan works. All the players on the ground are stars and invisible soldiers supporting each other all at the same time.

As a player, Mancini was best known for his time at Sampdoria, where he played more than 550 matches, and helped the team win the Serie A league title, four Coppa Italia titles, and the European Winners' Cup. He was capped 36 times for Italy, taking part at UEFA Euro 1988 and the 1990 FIFA World Cup, achieving semi-final finishes in both tournaments. In 1997, after 15 years at Sampdoria, Mancini left the club to join Lazio, where he won a furtherWinners' Cup, the UEFA Super Cup and two more Coppa Italia titles.

His first manager role was at a cash-strapped Fiorentina at only 35 years old. He won a Coppa Italia there, but left with the team facing bankruptcy. Months later he took over as manager at Lazio.

With limited resources during his two-season tenure, he guided the club to another Coppa Italia. In 2004, Mancini was given the chance to manage a major club with more resources when he was offered the manager's job at Inter. During his first tenure at Inter, the club won three consecutive Serie A titles, an Inter club record, and an Italian record 17 consecutive league game victories stretching nearly half a season; Mancini became Inter's most successful manager in 30 years.

After being out of football for over a year, Mancini was appointed Manchester City manager in December 2009. Under his stewardship, he instilled a winning culture at the club, taking Manchester City from a mid-table club to the top of English football, combining defensive solidity with attacking flair. In the 2011–12 season, Mancini guided Manchester City to the club's first league title in 44 years.

He took over managerial duties at Turkish club Galatasaray  in September 2013, winning the Turkish Cup in his only season at the club. He then returned to Inter for two more years before managing Russian side Zenit. In 2018 he took charge of the Italian national team.

The team’s trip in the Euro2020 has been so far a source of pride to all Italians and fans worldwide. Whether they win this Sunday and bring the cup back to Rome or not, every one who watched them play will remember singer Madonna’s words describing the Italia 90 team: “Italians do it better.” 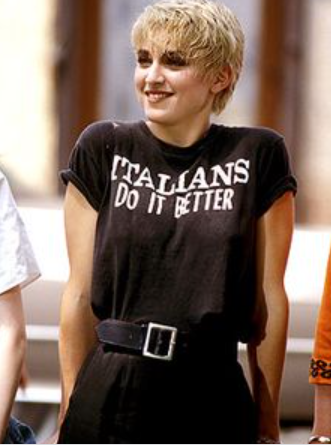